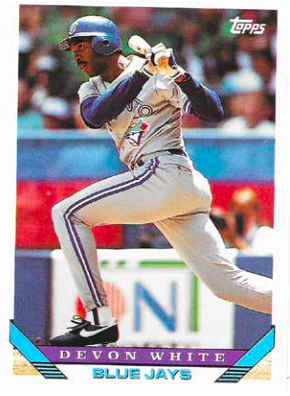 “I think this might go down as one of the great games in the annals of World Series history,” proclaimed Philadelphia Phillies manager Jim Fregosi after his team fell to the Toronto Blue Jays in a wild, high-scoring affair.1 Declaring a game as one of the all-time greatest is not something you’d expect from the losing manager. However, it’s not that shocking considering the incredible events Fregosi had just witnessed.

Toronto sent Todd Stottlemyre, 11-12 with a 4.84 ERA during the regular season, to the mound in Game Four in an attempt to take a three-games-to-one lead in the 1993 World Series. Stottlemyre had been in the news during the week for a public verbal spat with the mayor of Philadelphia, Ed Rendell, who’d mockingly said he’d like to hit off the Blue Jays right-hander.2 He was opposed by Tommy Greene, who went 16-4 during the regular season with a 3.42 ERA. Greene was coming off a clutch performance in a series-clinching Game Six of the NLCS over Greg Maddux and the Atlanta Braves.

Frank Fitzpatrick of the Philadelphia Inquirer described the scene at Veterans Stadium, writing that there was “a deep grey mist hanging over the jammed stadium, moistening the turf to a treacherous sheen, muddying the mound and leaving baseballs difficult to grasp.”3 The eerie weather was fitting for some of the bizarre events that were about to take place.

Rickey Henderson started the game by lining Greene’s third pitch into left-center field for a double. Greene then walked Devon White on four pitches. After Roberto Alomar was retired, Joe Carter hit a groundball to third that Dave Hollins made a diving stop on, but his throw to second was too late to get the speedy White, and the bases were loaded. It looked as if Greene might be able to get out of the jam unscathed when he retired American League batting champion John Olerud on a foul popup for the second out. However, Paul Molitor drew a four-pitch walk and Tony Fernandez hit a two-run single to give the Blue Jays a 3-0 lead.

The lead didn’t last long. Stottlemyre struggled with his control in the early going. He walked leadoff man Lenny Dykstra and, after retiring the next two batters, walked Dave Hollins, Darren Daulton, and Jim Eisenreich to bring home the Phillies’ first run. Milt Thompson then lined a ball off the wall in center field just over the glove of a leaping Devon White for a three-run triple, and the Phillies led 4-3.

Stottlemyre walked to lead off the second inning, and when Roberto Alomar singled on a chopper up the middle with two outs, the Toronto hurler attempted to go from first to third. Unaccustomed as an American League pitcher to running the bases, he made a less than graceful slide into third and was called out on a close play. During his head-first slide, his helmet flew off as his face slammed into the dirt. “I don’t know if I would call it a slide or what,” Stottlemyre said. “When I hit the ground, I went black. I don’t know what happened really. I blacked out for a while and when I got up, I went out to the mound and just tried to throw the ball down the middle of the plate.”4

Stottlemyre returned to the mound with his chin bloodied but unbandaged. The first batter he faced, Tommy Greene, lined a single up the middle. The next batter, Lenny Dykstra, blasted a two-run home run just inside the right-field foul pole, and Philadelphia had a 6-3 lead.

The Blue Jays battled back in the third. Run-scoring singles by Fernandez and Pat Borders off Greene and a two-run single by White off reliever Roger Mason put Toronto back on top, 7-6. But Mariano Duncan’s looping single in the fourth inning off Blue Jays reliever Al Leiter tied the score.

Earlier in the day, Toronto manager Cito Gaston had decided to play Paul Molitor, normally Toronto’s designated hitter, at third base in place of Ed Sprague in order to keep his hot bat in the lineup.5 Entering the game, Molitor was 6-for-11 in the Series with a home run and a triple. Dave Hollins, who’d been struggling at the plate, took advantage of the fact that Molitor hadn’t played third since 1990, beating out a bunt down the third-base line to lead off the fifth. Darren Daulton followed by blasting a two-run homer deep to right field to give the Phillies a 9-7 lead. Eisenreich reached on a bunt toward second base, and Thompson brought him home on a double to increase the Phillies’ lead. Two outs later, as rain fell hard, Dykstra belted his second home run of the game, a two-run shot that gave the Phillies a 12-7 lead.

The next batter, Mariano Duncan, singled. Then one of the more bizarre incidents of the game took place. Gaston came to the mound and signaled for a left-hander to come in from the bullpen. As right-hander Mark Eichhorn came in and tossed a couple of warmup pitches, Gaston explained to the umpires that he’d actually wanted left-hander Tony Castillo. However, the phone from Toronto’s dugout to the bullpen wasn’t working and Castillo was unaware he was supposed to be warming. “The bullpen phone wasn’t working at all,” Toronto closer Duane Ward said. “The dugout just gave us hand signals: left-hander, right-hander, big guy, short guy. It didn’t matter.”6 The umpires allowed Castillo to come into the game and take as many warmup pitches as he needed. For the rest of the game, both teams used walkie-talkies to communicate with their bullpens.

David West, who allowed all six batters he faced in the 1991 World Series to reach base, entered the game for Philadelphia in the sixth inning with a World Series ERA of infinity. He gave up a double to White and an RBI single to Alomar before getting Carter to fly out for his first World Series out, lowering his ERA to 162.00. Alomar scored on Fernandez’s groundout to cut the Phillies’ lead to 12-9. Philadelphia got the run back when Hollins scored on a single by Thompson in the sixth.

Some observers thought Toronto might be waving the white flag when Gaston didn’t pinch-hit for his pitcher, Castillo, to lead off the seventh inning trailing 13-9. “Our bullpen is a little short right now,” Gaston later explained.7

Castillo remained in the game for the seventh and loaded the bases on a single and a pair of walks. He then hit Daulton on the hand to force in a run and increase the Phillies’ lead to 14-9.

But the night wasn’t over yet. In the top of the eighth with two on and one out, Molitor hit a hard groundball that Hollins was unable to handle at third. It wound up being an RBI double to cut the Phillies’ lead to 14-10.

Fregosi opted to bring in closer Mitch “Wild Thing” Williams. Williams had a well-earned reputation for flirting with disaster, to the point that Phillies ace Curt Schilling covered his head with a towel so he wouldn’t have to watch when his team’s closer was on the mound.

Fernandez greeted Williams with an RBI single to make it 14-11. Borders walked to bring the tying run to the plate. Pinch-hitter Ed Sprague struck out for the second out, but Henderson kept the rally going when he singled to center to bring home Molitor and Fernandez and cut Toronto’s deficit to a single run. Devon White brought the Blue Jays all the way back with a two-run triple. Borders crossed the plate followed by a jubilant Henderson. Toronto was ahead 15-14, its first lead since the fourth inning.

On a night that it seemed no pitcher could be effective, the Blue Jays’ Mike Timlin and Duane Ward came in to prove otherwise. The two combined to strike out the side in the bottom of the eighth, and Ward retired the Phillies one-two-three in the ninth. The final out was recorded at 12:28 A.M.

“We’ve played in a lot of funny, crazy games this year,” Dave Hollins said. “And this may have been the craziest of all.”9 Blue Jays players agreed that the game was one for the ages. “I don’t think I’ve ever been in a game that was quite that competitive,” said Rickey Henderson, a veteran of 17 major-league seasons.10 Paul Molitor, in his 16th season, said, “That was the most exciting win I’ve ever been a part of.”11

Phillies second baseman Mickey Morandini may have summed up the game best: “You score 14 runs and lose. You can’t do that. We’ve got to win this one. … It’s hard to believe. Sure it is. But after the way the game went, it’s not hard to believe at all.”12

2 Stottlemyre got the last laugh in the verbal tit-for-tat, when he exclaimed in his speech at the Blue Jays’ World Series victory celebration, “I’ve got one message for the mayor of Philly, and I hope you’re out there looking. You can kiss my ass!” youtube.com/watch?v=tefMJNIjzDE.

5 The day before, in GameThree, the the first game without a designated hitter, Molitor played first base in place of the left-handed-hitting John Olerud against left-handed starter Danny Jackson.

7 Michael Sokolove, “A Strategic Battle of the Middle Relief Versus the Closers,” Philadelphia Inquirer, October 21, 1993: C10.

8 Game Three of the 2018 World Series between the Red Sox and Dodgers is as of 2020 the longest World Series game timewise. It went 18 innings and lasted 7 hours and 20 minutes. But Game Six of the 1993 World Series is still the longest nine-inning game.