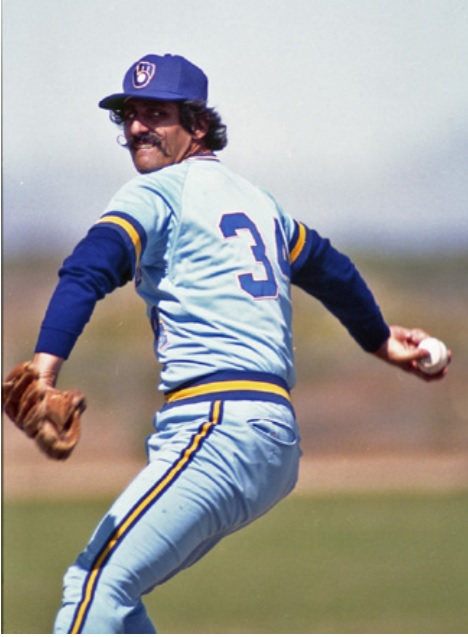 Born as the Seattle Pilots in 1969, they moved to Milwaukee the following season and became the Brewers. In the first 12 years of their existence, the team never reached the postseason. That was about to change.

The 1981 Brewers were a team that had been on the rise for the three prior seasons, but had the misfortune of playing in the talented American League East, the toughest division in baseball, dominated by the New York Yankees, the Boston Red Sox, and the Baltimore Orioles.

In previous years, the bullpen and the catching position had been the team’s biggest weaknesses. But in December of 1980, general manager Harry Dalton pulled off one of the best trades in team history. He sent right fielder Sixto Lezcano and starter Lary Sorensen, who had both shown star potential earlier in their careers but were coming off disappointing seasons, to the St. Louis Cardinals, along with blue-chip outfield prospect David Green and promising pitcher Dave LaPoint. In return, Milwaukee received Vuckovich, six-time All-Star receiver Ted Simmons, and relief ace Rollie Fingers. Formerly with the three-time world champion Oakland A’s, Fingers was one of the top firemen in the game.

In the Hot Stove League, the Brewers had become instant favorites.

But looming on the horizon was the specter of a baseball work stoppage.

Milwaukee played solidly for the first 2½ months of the season. But the Major League Baseball Players Association had already decided that it would strike on June 12. When that day arrived, America’s pastime was suddenly shut down. For Brewers fans, whose team was closely nipping at the heels of second-place Baltimore and first-place New York, it was a tough pill to swallow.

The 1981 baseball strike lasted 50 days, wiping out a total of 713 games. Regular-season play finally resumed on August 10. It had been decided that the season would be split in half. Automatically qualifying for the postseason were the four teams that were in first place when the strike began (the New York Yankees, Oakland A’s, Philadelphia Phillies, and Los Angeles Dodgers). These four teams would take on the four division winners of the second half of the season in a new best-of-five postseason round dubbed the Division Series. The winners of the two Division Series would then move on to the League Championship Series.

According to Commissioner Bowie Kuhn, this solution had the dual benefit of adding some marketing spice to the balance of the schedule, in addition to creating an additional round of postseason play. Because of the strike, Major League Baseball had a very angry and disenchanted fan base on its hands, and it was hoped that the split-season format would generate excitement and bring those fans back.

In the American League East, the second half proved to be a close, exciting race that went down to the wire. The Detroit Tigers headed into Milwaukee County Stadium for a season-ending three-game showdown beginning on Friday, October 2. Manager Sparky Anderson’s Bengals looked like the team to beat for much of the second half, after having won 10 of their first 13. But as this series began, Milwaukee’s record stood at 29-21. Detroit, at 28-21, was only a half-game behind.

Whichever team could take two out of three would be crowned the second-half champion.

The Brewers took the opening contest by a score of 8-2, behind the five-hit pitching of Haas. A total of 23,540 fans made their way to the Friday-night tilt and saw the home team increase its lead to 1½ games.

For the nationally televised game on Saturday, Milwaukee sent Vuckovich to the mound. The Tigers countered with their ace, Jack Morris, who was looking for his major-league-leading 15th win.

Vuckovich was not sharp, but the Tigers failed to take advantage of several scoring opportunities. Detroit finally broke a scoreless tie with a single run in the top of the sixth.

For a while, it looked as if that would be all the Tigers would need, because Morris was cruising, scattering six hits through the first seven innings.

But the bottom of the eighth proved to be the biggest inning of the Brewers’ season.

Molitor, leading off, walked on a close 3-and-1 pitch. It was the first free pass of the game for Morris. Yount followed with a bunt toward first baseman Ron Jackson. Jackson looked to get the lead runner, but held up on his throw when Morris crossed in front of him. He then tried to get Yount at first, but his throw was too late.

Suddenly, the Brewers had two on with nobody down.

It only got worse for Detroit.

Cooper, again bunting on the first pitch, sent one toward third. Morris fielded it, saw Molitor racing to third and decided he had no shot at him, looked back toward first, saw he had no chance at Cooper, either, and held onto the ball.

Bases loaded, nobody out.

Ted Simmons then lined a pitch off Morris’s glove, which deflected to shortstop Alan Trammell, who threw out Simmons, while Molitor scored the tying run.

With runners on second and third, Oglivie was walked intentionally.

Thomas then broke the tie with a long fly ball to right field. Yount tagged at third and scored the go-ahead run. Roy Howell struck out swinging to end the frame, but the Brewers had the lead.

This was the situation Harry Dalton envisioned when he acquired Rollie Fingers over the winter. Needing only three outs, Buck Rodgers sent in his bullpen ace to try to finish off the Tigers.

After a fly-ball out by Rick Leach, Fingers struck out pinch-hitter Champ Summers. It was up to Lou Whitaker, Detroit’s emerging young second baseman.

But Fingers struck out Whitaker swinging, and pandemonium suddenly broke loose on the County Stadium field.

For the first time in their history, the Milwaukee Brewers were champions. OK, call them half-champions. But they were still champions.

For the 34-year-old Fingers, it had been the season of a lifetime, surpassing Dalton’s (and even his own) expectations. He led all of baseball with 28 saves, while posting a microscopic 1.04 earned-run average.

“Every bit of blood in my body rushed to my head,” he declared after the game. “It was wonderful. I think I felt happiest for the other guys. They’ve never been through this. I have.”1

“Nobody in the league has done as much for a team as Fingers,” said Brewers coach Larry Haney.2 After the season, Fingers was rewarded for his efforts with both the Cy Young and Most Valuable Player Awards.

Said his catcher, Simmons, “Rollie was Rollie. He’s the greatest.”3

Sal Bando, a former teammate of Fingers on the great A’s clubs, appreciated the glory of the moment. “I played on three world championship teams in Oakland, but I think this was even a bigger thrill.”4

For 47-year-old club owner Bud Selig, the victory was the culmination of a long journey in pursuit of a winner. “I’m not afraid to admit I cried like a baby,” said Selig (later to become commissioner of baseball). “All those years of frustration, of hoping and praying, flashed through my mind. Our 12 years since we got the ballclub, all those dreams and hopes. No one will ever know how much this means to me and how proud I am right now.”5

For the Tigers, it was an excruciating loss. The team had come close, but was not yet good enough.

“They (the Brewers) deserve this time now,” said a dejected Sparky Anderson. “They did what they had to do. We did nothing … but lose.”6

Trammell, the team’s young shortstop, felt right up until the end that the Tigers could come back. But after Fingers fanned Whitaker, “all I could think of was, ‘We’re out of it.’”7

The Brewers went on to face the Yankees in the American League Division Series, and lost in five games. But their victory on October 3, 1981, was one that nobody was going to take away.