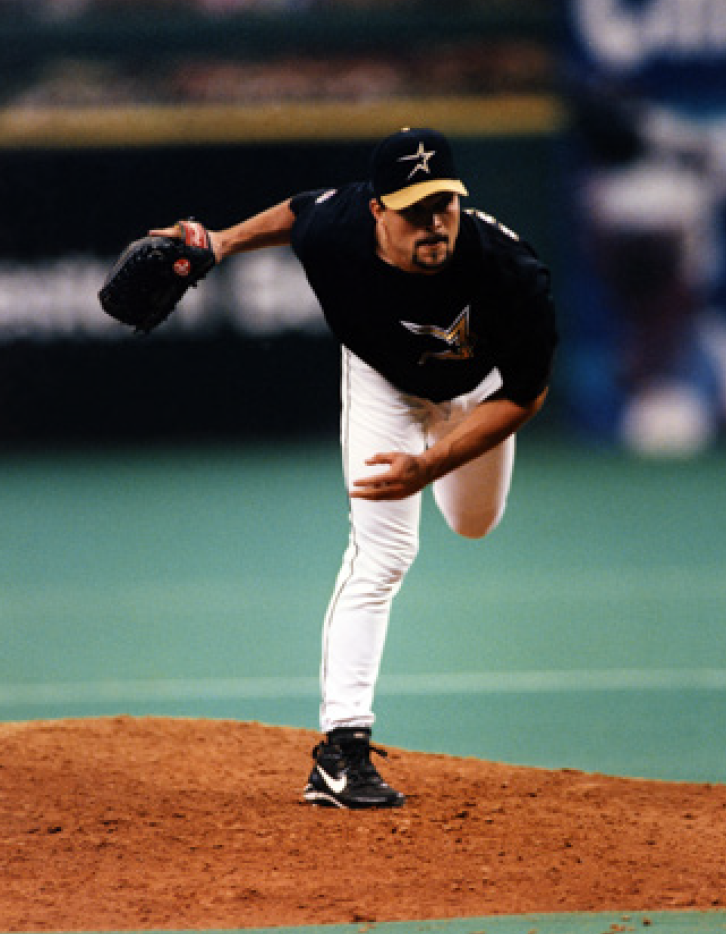 A sellout crowd of 52,033 fans turned out for the Houston Astros’ October 3, 1999, season finale against the Los Angeles Dodgers to commemorate the 35-year history of the Astrodome. The Astros had prepared a grand celebration to bid farewell to the venerable stadium, and many luminaries from the franchise’s past were in attendance. Craig Cullinan, the “last survivor”1 of the club’s founders, was present, as was Fred Hofheinz whose father, Roy Hofheinz, another of the team’s founders, had been the driving force behind the construction of the Dome. Players who had been selected to the All-Astros team — which included Nolan Ryan, Cesar Cedeno, and Jimmy Wynn, among others — were on hand to join the festivities, and Texas music icon Willie Nelson was slated to bring down the final curtain with a short concert.

Because of its historical significance as the end of an era, the game had been sold out months in advance; no one could have anticipated that it would also be of great importance to the Astros’ hopes for a third consecutive NL Central Division title. As fate would have it, the Astros began the day with a one-game lead over the Cincinnati Reds, which meant that they could clinch the division with a victory over the Dodgers and set off a dual celebration of both past and present in the Astrodome.

After manager Larry Dierker had thrown out the first pitch and country-music legend Charlie Pride had sung the national anthem, Mike Hampton — a 21-game winner starting on three days’ rest — took the mound for the Astros against Dodgers rookie Robinson Checo. The Dodgers were out of contention, but their failure to field their best lineup no doubt caused the Reds and their fans considerable chagrin. Los Angeles’ refusal to risk injury to staff ace Kevin Brown by starting him on three days’ rest could be justified, but there was no such defense for not starting their best hitter, Gary Sheffield. Many observers concluded that the Dodgers were giving Houston a present for the Dome’s “going away” party, but the Astros still had to accept the gift by winning the game.

The outcome of the contest became a foregone conclusion after the first inning. Checo struck out leadoff hitter Craig Biggio but then walked four consecutive batters, pushing across Stan Javier for the first run of the game. Daryle Ward, a rookie who had been named the MVP of the Triple-A New Orleans Zephyrs, followed with a double that cleared the bases and gave the Astros a 4-0 lead. Ward, the son of former major-league outfielder Gary Ward, had been productive in his limited time with the Astros and said of his penchant for clutch hits, “I think that just making sure you’re breathing every day is a lot more pressure than coming out here and playing a baseball game. Little kids play it, so I might as well play it like they do.”2

Hampton was grateful for the early lead and echoed Ward’s demeanor when he said, “I was able to relax. I wasn’t tired. I was pumped up. It was a lot of fun to be out there.”3 The Dodgers scored one run in the third inning when Hampton walked Eric Young, who advanced to second on a wild pitch and scored on Raul Mondesi’s single. It was the only run surrendered by Hampton in seven innings of work. The Astros regained their four-run margin on Ken Caminiti’s solo home run off reliever Matt Herges in the bottom of the third.

The Astros increased their lead to 6-1 in the bottom of the fifth when Jeff Bagwell scored his second run of the game, trotting home on Tony Eusebio’s groundout. Then they broke the game open with three more runs in the sixth inning for a 9-1 lead. Bagwell also scored in that inning to finish with an NL-leading 143 runs for the season. He walked twice in the game for a total of 149 to lead the NL and break Jimmy Wynn’s single-season Astros record.

The only bump in the road came when reliever Jay Powell allowed the Dodgers three runs in the ninth inning. Powell, who was rusty from eight days of inaction, gathered himself by feeding off the frenzied fans. Afterward, he recalled, “The crowd really had me pumped up. … The last time I heard anything like that was when I pitched in the World Series [for the Florida Marlins in 1997]”4 Powell struck out Mondesi to end the game and sent his teammates and the fans into complete delirium.

The Astros’ 97th victory of the season, second only to the 1998 squad’s 102 wins, had earned them their third consecutive division title. The triumph gave Hampton his NL-leading 22nd win of the season, which set a team record, breaking a tie with teammate Jose Lima (who won 21 games in 1999) and All-Astros team member Joe Niekro.

In spite of the Astros’ victory total and all of their individual accomplishments (in addition to Bagwell’s and Hampton’s league-leading totals, Biggio led the NL with 56 doubles), the 1999 campaign had been a difficult one as a rash of injuries that had plagued the team. The setbacks began with the loss of slugging left fielder Moises Alou to a freak treadmill accident in the offseason and included Dierker’s seizure in the dugout on June 13 that required brain surgery (Dierker came back after missing 27 games). The fact that they had persevered and had emerged triumphant led Dierker to assert, “I think this will be probably the most satisfying season that any of us will ever have, because we have had to overcome so many obstacles.”5

Throughout the game, the stadium’s video screens had shown notable Dome moments, among them Nolan Ryan’s record-setting fifth no-hitter and Mike Scott’s 1986 NL West-clinching no-hitter. The crowd recognized the significance of this day and, though the team had guaranteed itself at least one home playoff game, fans emptied the Dome’s gift shops of 5,000 T-shirts, 6,000 commemorative baseballs, 2,000 pins, and 15,000 programs.6

The initial on-field celebration involving fireworks and confetti had become commonplace, but the ceremonies that followed were unique. After the Astros had engaged in the obligatory champagne shower in the clubhouse, they returned to the field for a victory lap and then watched as the members of the All-Astros team were introduced to the crowd. The heroes of Astrodome seasons past relished the moment as “Wynn blew kisses to the crowd, and [Jose] Cruz ran laps around home plate to show he was still in shape.”7 Dierker, another member of the All-Astros team, who had made his first start for the then Houston Colt .45s on his 18th birthday in 1964, remembered his first impression of the Astrodome: “It looked like a giant flying saucer. When I walked inside for the first time, I felt like I was walking into the future.”8

The future was precisely what Roy Hofheinz had in mind in 1965 when he had declared, before the first game in the Astrodome, “Nobody can ever see this and go back to Kalamazoo, Chicago, New York, you name it, and still think this town is bush league, that this town is Indian Territory.”9 The Dome and the NASA Space Center had helped transform Houston from “big city backwater” into a corporate metropolis with the nation’s fourth largest population. Astros President Tal Smith said of the Dome’s contribution to that change, “This was truly a revolutionary venture. It wasn’t just a new ballpark. There were people who would line up to tour the building even without an event. They would marvel at it.”10

The once futuristic Astrodome was outdated now, and the Astros were set to move into their new downtown ballpark in 2000. After Willie Nelson ended his show with the appropriately-titled song “The Party’s Over,”11 the video screens showed an image of the Dome’s original scoreboard — the largest of its time in 1965 — that had fallen victim to the desire for more seats in the 1980s, and then the overhead lights were turned off.

11 Nelson’s song was even more appropriate than the title indicates: It begins with the lines “Turn out the lights, the party’s over/They say that all good things must end.”