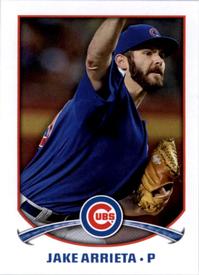 Fans poured through the gates at PNC Park in Pittsburgh hoping that the Pirates’ third consecutive attempt to advance in the postseason would be successful. The Pirates had finished second behind the St. Louis Cardinals in the National League Central division for the third year in a row. Now they would have to play the Chicago Cubs for the right to play the Cardinals, their division rival. It was the first time since divisional play expansion began in 1994 that three teams from the same division finished the season with best records.1

The Pirates were disappointed that the Cardinals had edged them out in the Central division. They were also disappointed that they would have to play the Cubs in the NL wild-card game. Pirates pitcher Charlie Morton probably expressed the frustration best: “You hope that the best teams wind up in the playoffs in a series. … Do you really want to see two of the top three or four teams in all of baseball play a one-game playoff? No. And I’m not just saying that because we’re one of those teams, I’m saying that because it just doesn’t seem like, it just doesn’t seem right.”2

The Pirates were looking to finally advance past the divisional playoffs. For the past two years they had made quick exits. The team and fans were hungry for more. The Cubs, on the other hand, were just excited about making it to the playoffs. They were a team of youngsters who were “a year ahead of schedule,” according to the experts, although the young team finished third in the division, with the third-best record in baseball.3

The postseason fate was all going to come down to this one game. “When you go into a wild card, it's the seventh game of the World Series as the first playoff game. That's what it is. So you have to try to make your best guess as you put your right lineup out there,” said Cubs manager Joe Maddon.

The Pirates sent Gerrit Cole to the mound. He had finished with a 19-8 record. In four starts, he went 2-1 against the Cubs.  He would face Jake Arrieta, who had won his last 11 games. He faced the Pirates five times during the season, winning three. He pitched seven scoreless innings in two of the wins.

The Cubs grabbed the lead in the top of the first.  Dexter Fowler singled to center and quickly stole second. When Kyle Schwarber hit a line-drive single to left field, Fowler scored easily. Cole settled down and got the next three batters out but the damage was done. More significantly, the Cubs gave Arrieta a 1-0 lead and in eight of his starts during this season that one run was enough for the Cubs to win.4

In the bottom of the first, Andrew McCutchen singled, but the Pirates were not able to capitalize on the hit. The same story would repeat itself in later innings.

After an uneventful second inning with both pitchers getting the side out in order, the Cubs took control of the game in the third. Cole started the inning by striking out Arrieta. Fowler stepped to the plate and singled, the second of his three hits that night. Schwarber stepped to the plate. With a 2-and-1 count, Cole threw Schwarber a slider that didn’t have any movement. Schwarber hit a homer that sailed over the right-field seats. Cole gave the ball a cursory glance before turning away in recognition that Gregory Polanco was not going to make the play. “Did they measure that thing?” exclaimed the Cubs’ David Ross. “He hit that ball and I couldn’t even celebrate because I wanted to see how far it went. That was amazing.”5

Pirates pitching coach Ray Searage visited the mound to speak to Cole. Whatever he said must have worked since Cole got the next two batters out. Miguel Montero showed that other Cubs could hit when he became “the first Cub not named Dexter Fowler or Kyle Schwarber to get a hit” in the fourth inning 6 He was stranded on first when Cole struck out Addison Russell.

Fowler continued to have a night to remember as he homered over the right-field fence in the fifth inning. Although Cole would retire the next two batters, he would not return for the sixth inning. It was a frustrating night for him as he struggled mightily against the Fowler and Schwarber onslaught while dominating the rest of the Cubs’ batting order.

Meanwhile, Arrieta continued to keep the Pirates in check as he refused to let anyone else get on base beyond Francisco Cervelli, who was hit by a pitch in the fifth inning. It looked as if Cervelli had missed getting hit, but clearly he convinced umpire Jeff Nelson that the ball grazed him after he hit the dirt. Again, the Pirates were not able to capitalize on their opportunity.

The Pirates got another chance in the bottom of the sixth when Travis Snider led off with a single, just the second hit allowed by Arrieta. The next batter, Polanco, watched Arrieta’s first pitch for a ball before hitting a line drive to the left side of the infield. Kris Bryant, who had just moved to third base from left field, snared the ball and prevented an extra-base hit.

Arrieta plunked Josh Harrison and McCutchen loaded the bases when Russell couldn’t handle a groundball up the middle. Pirates fans were on their feet in hopes that they would finally score. But Arrieta was able to get Starling Marte to ground into a 6-4-3 double play to end the threat. PNC Park suddenly became quiet as the crowd realized that the Pirates’ best chance might have just ended. They could only watch dejectedly as Anthony Rizzo pumped his fist in excitement after the play.

Tony Watson took the mound for the Pirates in the seventh. After getting the first two outs, he hit Arrieta on his first pitch. Arrieta was unhurt, but he took offense and started arguing with catcher Cervelli. The benches cleared.7 There was lots of shoving and yelling by both teams.

The Pirates’ Sean Rodriguez was particularly vocal and had to be restrained by three of his teammates. After conferring, the umpires ejected Rodriguez. When he was told, Rodriguez tossed a Gatorade cooler and returned to the dugout stairs, where he shouted some additional choice phrases at the Cubs players before finally heading into the clubhouse. Jeff Nelson, the home-plate umpire, warned both the dugouts about future retaliation before continuing the game.8

Arrieta stole second base, which added a little insult to the Pirates’ frustrating evening. It didn’t lead to anything as Fowler popped out to end the inning, the only time he made an out all night.

After Cervelli hit Arrieta’s third pitch to left field to start the seventh, the Pirates fans got their hopes up again. But Arrieta struck out Neil Walker and got Aramis Ramirez to ground into a double play. Bryant made a second stellar fielding play to snuff out hopes of a Pirates rally.

Arrieta got his 10th and 11th strikeouts in the eighth inning. He continued to dominate the Pirates. Arrieta had thrown 103 pitches and was due up fourth in the top of the ninth. He had thrown that many pitches 20 times that season so everyone expected him to take the mound in the ninth. After the game, Maddon joked with reporters that he had Arrieta on a pitch count: “Infinity.”9

The Pirates season was now on the line. McCutchen, Marte, and Cervelli were due up. They were the three players Pirates fans wanted to see in this situation. But Arrieta was just too dominant. McCutchen and Marte grounded out and Cervelli lined out to second to end the game and the Pirates’ hopes of advancing in the post season.

“I’m exhausted. I haven’t felt this way all year. This atmosphere, the energy, it was unbelievable,” Arrieta told reporters after the game. The Pirates’ Walker said of Arrieta: “He was as advertised. He attacked us from pitch one. We weren’t able to put much pressure on him or get his pitch count up.”10

For the second time in as many years, the Pirates had lost the wild-card game. A dejected McCutchen said, “We just didn’t do the job tonight, we didn’t get it done.”11 Madison Bumgarner struck out 10 batters when he shut out the Bucs in 2014. Now Arrieta had repeated that feat with an 11-strikeout performance. The disappointment of Pirates players and fans could be felt everywhere as the Cubs celebrated in a Gatorade shower on the field.