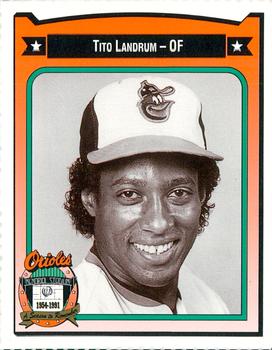 For the Chicago White Sox and their fans, the zany summer of 1983 was unlike any in the team’s history. Their home ballpark, Comiskey Park hosted the All-Star Game on July 6 and the opening date of the much-anticipated “Synchronicity” tour of the band Police three weeks later.  While the White Sox still hovered around the .500 mark during that sultry month, an unrelenting assault by Tony La Russa’s team would soon take place in the second half of the schedule — coupled with the rallying cry “winning ugly” as coined by Texas Rangers manager Doug Rader. After Sting, Andy Summers, and Stewart Copeland packed up their instruments on July 23, the White Sox posted a blistering 51-18 record on their way to the team’s first American League Western Division championship.

Six years removed from the similar bashing by the “South Side Hit Men” team of 1977, the 1983 White Sox also relied upon an overpowering offense to throttle opponents. With Greg Luzinski (32 home runs), Rookie of the Year Ron Kittle (35), Carlton Fisk (26), Harold Baines (20), and others depositing the ball in different corners around Comiskey, speedsters Rudy Law and Julio Cruz (the latter a midseason acquisition from the Seattle Mariners) tore up the basepaths on the South Side.

The major-league-leading 800 runs the team scored were more than enough for starting pitchers LaMarr Hoyt (the Cy Young Award winner with a 24-10 record), Rich Dotson (22-7), and left-hander Floyd Bannister (193 strikeouts) as the team clinched the West with two weeks to spare on September 17. Enjoying the ride were members of the team who had never tasted the fruits of the postseason, including Mike Squires, Jerry Hairston, and Britt Burns.

Once the headliner of a bevy of young White Sox pitching prospects from the late 1970s, Burns — whose ill-fitting cap would sometimes fall off in the course of his delivery on the mound — authored a one-hitter, a two-hitter, and a three-hitter after making a delayed 1983 debut on May 9. Now Burns was being given the ball by La Russa in a do-or-die contest in the American League Championship Series against the Baltimore Orioles, who had jumped out to a 2-games-to-1 lead in the best-of-five slate.

With the Orioles on the brink of a pennant, manager Joe Altobelli (in his inaugural season at the helm after taking over for the legendary Earl Weaver) countered with 21-year-old George “Storm” Davis. Having advanced rapidly through the Orioles’ system after being drafted out of a Jacksonville high school in 1979, Davis had appeared in 29 games for Baltimore in 1982 — mostly out of the bullpen — before becoming a regular in Altobelli’s starting rotation in 1983.  Davis had been hit hard in his last regular-season start, against the New York Yankees on September 30 in Memorial Stadium in Baltimore, allowing six runs in just over four innings after the Orioles had already wrapped up the AL East title.

With a large banner reading “TRUE BRITT” hanging from the left-field stands, Burns and Davis went to work and were masterful, keeping the other side scoreless into the bottom of the seventh.  At that juncture, Altobelli decided to lift Storm Davis and hand the task to his left-handed ace out of the bullpen, Felix “Tippy” Martinez — against whom the White Sox muffed a golden opportunity to seize control.

After first baseman Greg Walker singled, Squires entered as a pinch-runner and advanced to second on Vance Law’s hit. Jerry Dybzinski followed and bounced a bunt on home plate, which catcher Rick Dempsey was able to pounce upon and fire to third to get the lead runner. Things looked to return to Chicago’s favor when Cruz drove a single to left; but while third-base coach Jim Leyland was holding up Law at third, Dybzinski overran the second-base bag and was caught in no-man’s land. He tried to keep himself in a rundown to give Law time to score, but second baseman Rich Dauer slung a strike to Dempsey, who squared up against the runner and held his ground as Law failed in his attempt to bowl him over. Martinez balked Dybzinski to third and Cruz to second, but the threat ended when Rudy Law flied out to left.

Dybzinski redeemed himself in the ninth by singling with one out and moving to third on another Cruz base hit. But Martinez was able to retire Rudy Law once again, this time looking at strike three —the ninth and tenth runners stranded by the Sox in the game. The efficient Burns was permitted by La Russa to continue into the Orioles 10th, getting a called third strike on John Shelby for the first out.

Next was Tito Landrum, in the lineup for injured right fielder Dan Ford. Landrum had batted only 47 times during the regular season, and homered only once, on September 4 when as his fly ball to the warning track in left field bounced off Mickey Hatcher’s glove and into the stands at the Metrodome.

On his 150th pitch of the afternoon, Burns paid for his fatigue. Landrum caught hold of an offering on the outer half of the plate, and sent a line drive soaring toward the façade of the upper deck in left for a 1-0 Orioles lead. The attack continued as Burns left the game for reliever Salome Barojas, who enabled the Baltimore advantage to climb to 3-0.

As the desperate White Sox mounted their last charge in the bottom of the 10th, Martinez returned for his fourth inning of work. With two outs and two strikes on Tom Paciorek, he induced the batter to swing at a ball in the dirt as most of the 45,477 in attendance moaned in anticipation of the inevitable. The pitched caromed off Dempsey, but the hard-nosed catcher scooped it up and threw to first baseman Eddie Murray as the Orioles stormed out of the visitors’ dugout, ready to make their first return trip to the World Series in four years.

The White Sox’ usually powerful bats had produced only three runs in the four playoff games (absent from the Chicago lineup on this day was Kittle, who was hit in the knee with a pitch in Game Three). Their lone batting stars were the speedy second baseman Cruz, 3-for-3 with two stolen bases, and Baines with two singles. Landrum’s home run was the only extra-base hit of the game.  “I wasn’t going to give their good hitters anything good to hit,” Burns said afterward. “If I was going to get beat, it was going to be by the bottom or the top of their order.”1

The businesslike manner of the Orioles impressed the Chicago side. “It wasn’t the first time Baltimore has killed somebody else’s dream with a Tito Landrum of its own,” wrote the Chicago Tribune’s Bob Verdi, referring to the organization’s run of success, which now included six pennants in 17 years. “The Orioles are long on role players but short on egos.”2 Watching the celebration was their proud owner, Edward Bennett Williams. “That was the greatest thing I’ve seen since the elevator door opened the other night,” said Williams — who was stuck for 28 minutes inside the shaft of Memorial Stadium after his team dropped the series opener.3

Landrum, who joined the Orioles from the St. Louis Cardinals on August 31, the last day for a player to be eligible for the postseason, played in three games in the team’s 1983 World Series triumph over the Philadelphia Phillies but did not make a single plate appearance.

His home run against the White Sox was not his final postseason heroics. A relatively obscure figure over his nine-year major-league career, Landrum returned to the Cardinals in 1984. In 1985 he replaced an injured Vince Coleman in the Cardinals’ outfield for their cross-Missouri World Series battle vs. the Kansas City Royals. In the midst of the “Don Denkinger Debacle” in Game Six and the Joaquin Andujar meltdown in Game Seven, Landrum would likely have been named the World Series MVP if the Cardinals had pulled out either contest — he batted a team-leading .360 during the Series, while the rest of the Cardinals managed a mere .185

Even so, October 8, 1983, was perhaps Landrum’s most memorable day on the field.

It was also the last postseason game Comiskey Park would ever see.

As the Orioles arrived at the airport back in Baltimore, a local disc jockey had overtaken the sound system in the terminal and played the song, “The Night Chicago Died” for travelers and fans to enjoy.

In addition to the sources listed below, the author also consulted the following: