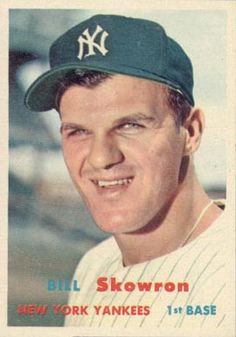 The baseball world has been captivated this summer by a home run chase, pitting New York hero Mickey Mantle and last year’s MVP Roger Maris against each other, as well as against a legendary ghost, Mr. George Herman (Babe) Ruth. But, as Arthur Daley pointed out in this morning’s New York Times, “Winning is still the name of the game.” The Detroit Tigers had bolted out of the gate at 27-11, and led the Yankees by 6 games on May 24, but, predictably, the Bronx Bombers had caught and surpassed the Bengals and second-place Cleveland, and been atop the American League since July 25. Detroit, however, ended a 22-9 August only 1½ games behind New York, and, as Daley described “…will bound into the Stadium tonight for a three-game series of transcendent importance, one that promises to set attendance records of various descriptions.”1

This was not the 1961 scenario that most American League pundits expected. Detroit had finished in sixth place in 1960, and brought in a new manager, Bob Scheffing, with limited managerial experience — all in the National League, guiding the Cubs to eighth, sixth and sixth finishes in 1957-59. If anyone were to challenge New York, it was likely to be Baltimore, Chicago, or, maybe, Cleveland, but not the puny Tigers, who finished dead last in team hitting in 1960 at .239. The mighty Yankees had been upset in Game Seven of the 1960 World Series, but they were strong and reloaded with a new manager, who faced considerable pressure having displaced his former boss, Mr. Charles Dillon (Casey) Stengel. “The 1961 Yankees are distinctively and decidedly Ralph Houk’s,” according to Sports Illustrated.2 Houk’s changes were hardly insignificant as he moved further and further away from Casey Stengel’s platoon system and his continuous juggling of his pitching rotation. In particular, his ace, Whitey Ford, was a key beneficiary of an increased and more regular workload, and was slated to start the series opener against the Tiger left-hander Don Mossi.

Understandably, Mr. Ford, New York’s “Chairman of the Board,” was receiving most of the fanfare, sporting a Cy Young Award favorite’s 22-3 record through August. Ralph Houk’s confidence and ace fireman Luis Arroyo’s frequent aid in the late innings contributed to a banner year for the Yanks’ 32-year old left-hander. This has been well documented. But, on the other side, Mr. Mossi, the former Cleveland reliever and 1957 All-Star — now a member of Detroit’s outstanding rotation that included Yankee killers’ Frank Lary and Jim Bunning — was himself sporting a 14-3 record entering his most critical 1961 start. And, not insignificantly, Mossi was 10-5 vs. New York since joining the Tigers.

For nearly the entire evening, the Tigers and Yankees were kept under control by whichever southpaw hurler they faced. After yielding a single to shortstop Tony Kubek with one out in the first inning, Mossi set the tone for the night, striking out Maris and Mantle. He went on to retire 12 consecutive batters before yielding another single in the fifth inning to Yogi Berra. Through eight innings, Mossi had held the powerful Yankees scoreless on five hits, baffling them with an assortment of speeds and locations.

Though not as dominant as his adversary, the clever Yankee southpaw Ford kept the Tigers in check as well, with only a two-out triple by slugger Al Kaline raising the slightest concern for manager Houk. The imposing Rocky Colavito ended the threat by grounding out to Kubek. Having given up only four hits, Ford felt an uncomfortable twinge after retiring Mossi for the second out in the fifth inning with a man on first, and left the game in favor of another lefty, Bud Daley. Ford was later diagnosed with a strained hip muscle.

Daley continued the mastery of Detroit, aided by an assist from left fielder Berra, who gunned down Kaline at second base in the eighth, attempting to stretch a single into a double. This was, perhaps, an unwise move for the Tiger star right fielder as Bill Bruton, who had walked, stood at third in this scoreless game as Kaline, who had three hits on the night, ran into the second out. Needless to say, the rally fizzled. Tiger baserunning had failed to help their cause tonight as both Ford and Daley picked runners off first. After eight innings, Daley left for a pinch hitter, and star reliever and another lefty, Luis Arroyo, pitched a 1-2-3 ninth inning.

Finally, with two out in the bottom of the ninth, the Yankees broke through on Mr. Mossi. Both Elston Howard and Berra singled sharply, bringing hitless Moose Skowron to the plate with a chance to be the hero and send the crowd of 65,566 fans to the subways and freeways, mostly with smiles on their faces. (Even in 1961, there was a contingent of Yankee haters, who regularly visited the stadium to root against the perennial winners.) Moose did not disappoint the majority as he sent a bouncing single past third baseman, Steve Boros, amidst the loudest roar of the evening. Arroyo extended his winning streak in relief to ten games, and an impressive 12-3 season record. Mossi dropped to 14-4. Most importantly, the Yankees stretched their lead over Detroit to 2½ games.

In the eyes of the Times’ Daley, the outcome was a home team success, but another Times contributor, the eloquent Gay Talese, observed that “Don Mossi earned respect for striking out Mantle thrice and allowing hits to neither Mantle nor Maris.”3 Mantle, in particular, was visibly unhappy, pausing to glare at home plate umpire Joe Paparella after being called out on strikes for the second time just prior to the New York uprising in the ninth. In the seventh, after popping out, Mantle’s batting helmet appeared to come sailing from the Yankee dugout. Maris, though less demonstrative, was equally unproductive, going 0-for-4, but remained ahead of Ruth’s 1927 home run pace with 51 homers after 133 games. The Bambino hit his 51st in game 139. Mantle stood at 48 homers.

There was no stopping the Yankees in 1961, certainly not after their Friday night walk-off win over Mossi and the Tigers. They won easily on Saturday over Lary and followed with another walk-off win on Sunday, as Howard hit a three-run homer after Arroyo blew a ninth inning save, leading to his 11th straight relief win. Mantle had tied the game leading off the bottom of the ninth with his 49th, but it was Maris, ultimately, who caught and surpassed the Babe on October 1 stroking No. 61 against Tracy Stallard and the Red Sox.

The 1-0 New York win on September 1 kicked off streaks for both teams, the Yankees winning 13 straight and the Tigers losing eight in a row. This effectively ended the pennant race as Detroit dropped to ten games behind before they won again. Game, set, match. The 1961 Yankees easily handled the Cincinnati Reds in a five-game World Series, and solidified their legacy as one of the greatest teams of all time. Don Mossi, who pitched valiantly in defeat, is best remembered 50 years later for an unflattering image on his bubblegum cards and the cruel nickname of “Ears.” To the victors belong the spoils.