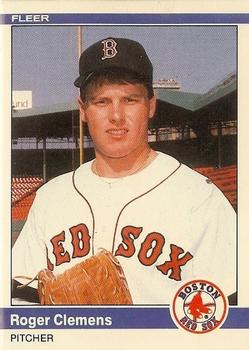 The final game of the 1983 Eastern League season completed one chapter in New England baseball history, while serving notice that an exciting new chapter was poised to begin.

The story that was ending belonged to the Lynn (Massachusetts) Pirates, Pittsburgh’s Double-A affiliate. The Pirates were successors to the Lynn Sailors, who were created in 1980 when the Seattle Mariners somewhat impractically exiled their Double-A prospects 3,000 miles away, on the opposite end of Interstate 90.1 Three seasons, a sizable debt, and one ownership change later, the Sailors rebranded as Pirates for 1983.2 The affiliation and the uniforms had changed, but the Pirates fought the same losing battle for fan interest in a small blue-collar city in the heart of Red Sox Nation.3

Those few fans who came to Lynn’s Fraser Field — 15 miles from Fenway Park — saw some decent baseball under the direction of former Oakland infielder Tommy Sandt. The Pirates finished in second place at 77-62, 18½ games back of the juggernaut Reading (Pennsylvania) Phillies, good enough to earn a playoff spot in a league where the top four of eight teams qualified for the postseason. Sandt’s team beat the third-place Buffalo Bisons in the first round of the playoffs, earning a berth in the league championship finals.

The Eastern League championship series was an all-New England affair in 1983. The fourth-place New Britain (Connecticut) Red Sox had stunned Reading in the first round of the playoffs despite finishing 23½ games behind them in the regular season. The Phillies’ 96-44 finish earned them the No. 62 position on a later list of the 100 best minor-league teams of all time.5 But Reading lost several key players to late-season promotions, clearing the way for an upset by manager Rac Slider’s New Britain ballclub.6

The Red Sox, playing their first year in New Britain after moving from Bristol (Connecticut), fielded 11 players who appeared in the major leagues.7 The most notable was a 20-year-old pitcher named Roger Clemens, who joined the Red Sox organization after helping the University of Texas win the 1983 NCAA baseball championship in June. After going 3-1 with a 1.24 ERA in four games at Class A Winter Haven, Clemens was promoted to New Britain. There, he went 4-1 with a 1.38 ERA in seven games and struck out 59 hitters in 52 innings.8 Other team leaders included first baseman Pat Dodson (.261, 12 HRs, 70 RBIs), outfielder Kevin Romine (.261, 11 HRs, 80 RBIs), third baseman-outfielder Steve Lyons (.246 with 47 stolen bases), pitchers Paul Gnacinski and George Mecerod (12 wins apiece) and reliever Charlie Mitchell (13 saves).

Lynn and New Britain met for a best-of-five championship series in early September. Since Lynn had averaged only 400 fans per game during the season, all games were scheduled for New Britain’s Beehive Field, with the Pirates serving as home team for the last three.9 The Red Sox took the first game on September 7, as Erwin Bryant singled home Romine for a 3-2 win in the 11th inning.10 Game Two saw New Britain thump Lynn 10-1,11 and in Game Three, New Britain took a comfortable 5-1 lead into the seventh inning — only to see the Pirates rally for a series-extending 7-5 win.12

New Britain manager Slider sent wunderkind Clemens to the mound for Game Four on September 10. Others in the Red Sox starting lineup who later played in the major leagues included Romine in right field, Lyons at third and Dodson at first. Sandt’s starting pitcher was righty Craig Pippin, who went 13-3 with a 3.61 ERA in 37 games, mostly out of the bullpen. Lynn starters who appeared in the big leagues included center fielder Trench Davis, second baseman Nelson Norman, left fielder Distefano, catcher Stan Cliburn, and shortstop Sammy Khalifa.13 The crowd was officially reported at 3,473, though one game story indicated it looked “much larger.”14

Clemens set the tone early, retiring Lynn in order in the first while striking out two batters — the first two of 10 strikeouts he notched in the game. Pippin held New Britain off the scoreboard until the third, when the Red Sox took a 2-0 lead. With one out and the bases loaded, left fielder Tony Beal singled in designated hitter Jeff Hall. Romine then bounced into a fielder’s choice to score another run before Lyons ended the inning with a fly out.15

New Britain piled up 12 hits in the ballgame, and a barrage of singles brought across more runs in the fifth. With two out, Pippin surrendered four straight one-baggers, and the last two — by Lyons and catcher Dave Malpeso — brought in runs to make it 4-0. A similar flurry of two-out singles brought in another insurance run in the sixth, and another run in the eighth made it 6-0. Pippin worked eight innings and allowed 11 hits and six runs, four earned, with four walks and four strikeouts. Reliever Keith Thibodeaux mopped up in the ninth, making his last professional appearance; he went 2-10 with a 6.51 ERA in 1983.16

As for Lynn’s offense … well, suffice it to say that only two men got as far as second base. In the second inning, Distefano singled and moved to second on a fielder’s choice. But a slick play by second baseman Gary Miller-Jones on Renteria’s hard groundball ended the inning there. In the third, right fielder McGehee singled and stole second, but Clemens struck out Khalifa and Davis and retired Norman on a groundball. Davis collected Lynn’s only other hit, a single, while Distefano received the Pirates’ only base on balls.17

Clemens retired the final 14 hitters in order, getting the last out on a groundball to first baseman Dodson. After Clemens finished off his 103-pitch shutout in 2 hours and 33 minutes, the fans chanted his name and his teammates mobbed the pitcher’s mound. Clemens told reporters he was tired but buoyed by the high stakes: “I love the pressure, I love a close game. I never looked at the scoreboard the whole game. I love the pressure to be on me.”18

When Dodson fielded the final groundball, the Lynn Pirates effectively ceased to exist. Two days after Clemens’ gem, the Board of Aldermen in Burlington, Vermont, voted to approve the transfer of the franchise to Burlington. At the same time, the Pirates switched their Double-A affiliation to Nashua, New Hampshire.19 The Burlington team that took the field in 1984 was a Cincinnati Reds affiliate. As of 2020, the 1983 Pirates were Lynn’s last affiliated minor-league baseball team, though the town has hosted teams from three independent leagues. New Britain hosted Double-A Eastern League baseball through 2015 and has also been home to an independent-league team.

Clemens went on to a Hall of Fame-quality 24-year big-league career, including 13 years with the Red Sox. His accomplishments included 354 wins, seven Cy Young Awards, a Most Valuable Player Award, two World Series titles, and seven ERA titles — the last of which he won at age 42. A news story on the 1983 Eastern League championship game reported that Clemens asked first baseman Dodson to save the game ball for him.20 Perhaps the ball is still on his trophy shelf, alongside his many other honors.

Neither Baseball-Reference nor Retrosheet provides box scores of minor-league games, but the September 11, 1983, edition of the Hartford (Connecticut) Courant published a box score for this game.

4 Sometimes referred to in game coverage as Connor McGehee. He is listed in Baseball-Reference as Charles McGehee.

13 Other members of the 1983 Pirates who played in the majors but are not mentioned in this article were Rafael Belliard, Chris Green, Dale Mohorcic, Don Robinson, and Eddie Vargas.