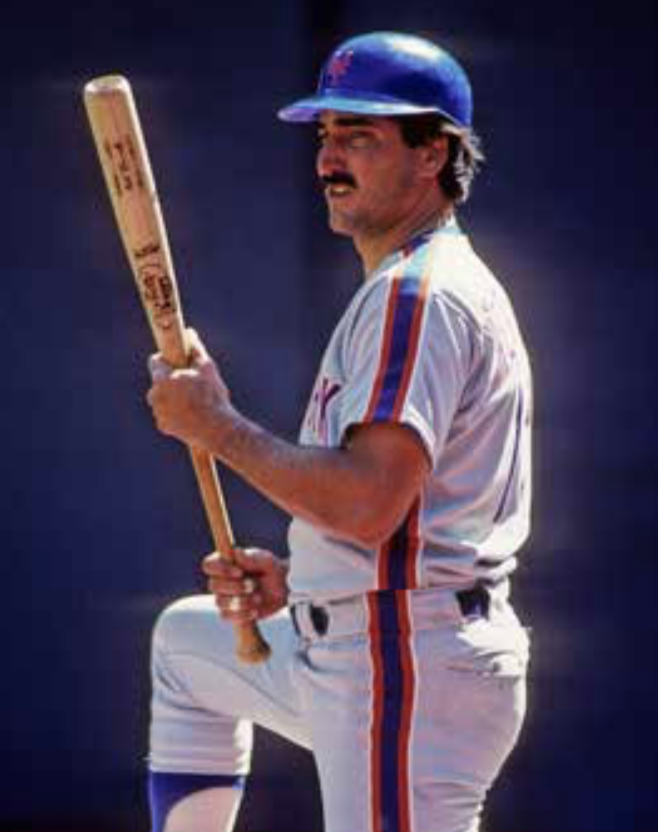 It was like old times in New York City. Both of Gotham’s professional baseball teams were in late-season division races. A quirk in the schedule had both the Mets and Yankees as home teams on September 12. And both clubs were hosting their closest adversary in their respective divisional races.

The Mets had a matinee tilt with the St. Louis Cardinals — each sporting identical 83-54 records and sat atop the National League’s East Division. The Yankees were hosting the Toronto Blue Jays in an evening affair. The Bombers trailed the Jays by 2½ games in the American League East. With both teams in the postseason mix, was it possible for an All-New York World Series? The fans for both clubs certainly hoped that would be the outcome.

The different starting times caused a traffic tie-up on the Triborough Bridge as Mets fans leaving Queens passed Yankee supporters headed to the Bronx. The Number 4 and 7 subway trains were packed tighter than patrons quaffing beer in an Irish bar on St. Patrick’s Day. Yes, “pennant fever” had swept into New York City.

The Mets and Cardinals were wrapping up a three-game set at Shea Stadium; they had split the first two games, both victories by a scant one run, the Mets by 5-4 in the first game and the Cardinals 1-0 in 10 innings in the second. Newly acquired Cesar Cedeno had led off the extra frame with a solo home run to give the Cards the winning run.

The pitching matchup for the rubber game was Joaquin Andujar (20-9, 3.00 ERA) for St. Louis and Ed Lynch (10-7, 3.09 ERA) for New York. It was the second straight 20-win season for Andujar. He was one-third of a trio of quality starters for the Cardinals, along with Danny Cox and John Tudor. Lynch’s 10 victories matched his career high, achieved in 1983. He was the third starter on the Mets rotation behind Dwight Gooden and Ron Darling. In this game, neither starting pitcher would get a decision.

A crowd of 46,295 filled Shea (no doubt boosted by Senior Citizen Day) on a beautiful, sunny afternoon that held a slight hint of a nip in the air. The Mets proved to be unwelcoming hosts, as they roughed up Andujar by scoring four runs in the bottom of the first inning. Mookie Wilson led off the proceedings with a walk and Wally Backman followed with a single to center field that sent Wilson scurrying to third base. Former Cardinal Keith Hernandez hit into a 6-4-3 double play. Wilson scored, but the chance for a big inning looked wasted.

But the Mets kept the line moving as Gary Carter reached first with a looping single to center field. Then three consecutive doubles to right field by Darryl Strawberry, Danny Heep, and Howard Johnson plated three more runs and the Mets led, 4-0.

It did not get any easier for Andujar in the second frame. With one out, Wilson reached via a bunt single and Backman doubled him home for the Mets’ fifth run. That was the end of the day for Andujar, who was replaced by left-hander Ricky Horton. After Hernandez’s groundout to the pitcher that froze Backman at second base, Carter was walked intentionally, and a walk to Strawberry loaded the bases. Horton, who was not providing much relief, hit Heep to force in Backman with the Mets’ sixth run. All six runs were charged to Andujar, as the book was closed on him for the day.

Meanwhile, Lynch retired the first six Cardinals batters he faced. But he too ran into trouble as St. Louis scored three runs in the third to cut the Mets lead in half. With one out, Tom Nieto singled to left field. Curt Ford, batting for Horton, followed with a single to right field and Nieto checked into second base. Vince Coleman struck out, but Willie McGee followed with another single; Nieto scored the Cardinals’ first run. Tom Herr doubled to left, scoring Ford and McGee to trim the Mets advantage.

St. Louis inched closer in the top of the fourth inning. With runners on first and second, Nieto doubled to left field and both runners scored. The Mets now led by a single run, 6-5.

By the sixth inning the game was in the hands of the bullpens, and for the next three innings, neither team could score. Doug Sisk, Roger McDowell and Jesse Orosco all saw duty out of the pen for the Mets. First out of the pen for the Cardinals was Pat Perry, making his major-league debut. After four solid innings, he was replaced by Ken Dayley in the seventh.in the seventh.

In the top of the ninth, the Cardinals tied the score when Willie McGee socked his ninth home run of the season, depositing a 2-and-2 fastball from Orosco over the wall in left-center.

Wilson led off the bottom of the ninth and sent a chopper to short. Ozzie Smith charged in and fielded the grounder, but his throw to first was in the dirt and first baseman Brian Harper could not come up with it. It was a tough chance with the speedy Wilson streaking down the first-base line, and no error was charged to Smith. “It’s one of those plays, that if it’s made, it’s a super play,” said Smith. “People take it for granted because I’ve made it a lot of times. We didn’t make it.”1

Backman bunted back to Dayley, who made the putout unassisted. But Wilson moved into scoring position at second base. Hernandez stepped to the plate and singled between short and third. Vince Coleman charged the ball from his left-field position and fired it home, but Wilson beat the throw standing up to deliver the winning run.

New York took over first place in the East. “We had to win this one,” said manager Davey Johnson. “We had to show the Cardinals that we’re going to win.”2 The Mets played St. Louis 18 times in 1985, posting an 8-10 record against their nemesis. Eleven of those games were decided by one run, while six went into extra innings. “If we had lost, after being six runs up,” said Hernandez, “that would have hurt us. And if they had won after being six runs down, they would have kept rolling for who knows how long.”3 Hernandez added, “That was a big hit in my career, no question.”4

And what was the outcome for the Yankees? They were victorious as well, scoring six runs in the bottom of the eighth inning to turn a 4-1 deficit into a 7-5 victory. Ron Hassey’s three-run blast was the big blow.

But both the Mets and the Yankees were left on the outside looking in as far as a postseason berth. The Cardinals won the NL East by three games and Toronto finished two games up on the Yankees in the AL East.

Those baseball fans of New York, who had dreamed of a possible Subway Series, would need to be patient. Their wishes would come to fruition in 2000.