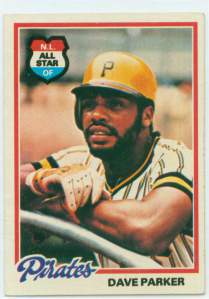 Though the Pittsburgh Pirates had finished in second place in 1977, five games behind the Philadelphia Phillies, they had won 96 games and harbored high hopes for overtaking their intrastate rivals as the 1978 season began. Unfortunately, as the month of August arrived, things were not looking good for the Bucs. After enduring a seven-game losing streak in the latter part of July, the Pirates fell to a record of 51-61 by August 12 and found themselves 11½ games behind the Phillies. After that, they awoke from their season-long slumber and went on a magical run that included an 11-game winning streak from August 27 to September 6 which brought them to within half a game of first place, and they simply could no longer be beaten at home.

Events before and during the Bucs’ home game against the Montreal Expos on September 17 might have led a superstitious person to believe that someone had put a hex on the Pirates, but they were so sizzling hot at home that nothing could faze them. Prior to the game, the Pirates suddenly had reason for concern about the health of slugging right fielder Dave Parker, who entered the day hitting .320 with 26 home runs and 104 RBIs. “Cobra,” as he was called, had been named the National League Player of the Month for August and was riding such a wave of confidence that one week earlier he had proclaimed, “Just look at me. They ought to pay me just to walk around here [the clubhouse].”1

Apparently, Parker was not too careful while walking around the clubhouse on September 17 as a bench fell on his right foot and inflicted a toe injury. Parker had defended his brash remarks by stating, “I’m a verbalizer. Some guys have to meditate to get ready, but I talk trash and come out swinging.”2 Sure enough, he came out swinging again and went three-for-four with a triple and a home run, two runs scored, and three RBIs. The freak accident hobbled Parker’s gait during the game, but it certainly did not keep him from having a tremendous afternoon.

The Pirates’ starting pitcher was Bert Blyleven, who was as hot as the rest of the team. He would record his 11th victory in his past 15 decisions in this game to run his season record to 14-9. Blyleven set the Expos down in order in the first two innings and was handed a 1-0 lead in the bottom of the second inning on a play that was so unlikely, it could only happen in the midst of the kind of streak the Pirates were enjoying.

First baseman Willie Stargell walked to lead off the bottom of the second. Two batters and two outs later, catcher Ed Ott hit a single that advanced Stargell to third base. With Blyleven at bat, Ott took off for second. Montreal catcher Gary Carter’s throw to shortstop Chris Speier was high, and Stargell took advantage of the opportunity to steal home for the first run of the game. A double-steal involving two of the slowest players on the team showed that the Pirates had some counter-magic for any hex that might have been placed on them.

In the bottom of the third, Dave Parker hit a three-run home run that scored Frank Taveras and Omar Moreno ahead of him, giving the Bucs a 4-0 lead. Blyleven continued to breeze through the Expos’ lineup, allowing only a Warren Cromartie solo home run to lead off the fifth inning, until the next bizarre event occurred.

In the top of the sixth, after issuing a two-out walk to Expos first baseman Tom Hutton, Blyleven talked to home plate umpire Dick Stello and the game was then delayed for five minutes as Blyleven left the field. Fans and reporters would have to wait until after the game to find out what had happened. As it turned out, Blyleven explained, “My cup was irritating my groin.”3 Once Blyleven returned to the mound with new protection, he finished the inning by inducing Expos right fielder Ellis Valentine to tap a grounder to second for the force out on Hutton.

Blyleven again set the Expos down in order in the seventh, but after he surrendered a leadoff double to Larry Parrish in the eighth inning, Bucs skipper Chuck Tanner talked with him on the mound and then brought reliever Kent Tekulve into the game. During his tenure with the Pirates, Blyleven often chafed at what he believed to be Tanner’s quick hook, but on this day he did not mind exiting the game: “The second cup was irritating my groin, too.” Blyleven said later. “Last year in Texas, I had a similar problem, and I tried to pitch. I pulled a muscle in my groin. I didn’t want that to happen today.”4

After Tekulve took the mound, second baseman Stan Papi reached first on an error by the shortstop Taveras. The misplay also allowed Parrish to score and cut the Pirates’ lead to 4-2. The Bucs got that run back in the bottom of the frame when Parker registered a leadoff single for his third hit of the game and left fielder Bill Robinson drove him in with a double.

Tekulve, who had been named the National League Pitcher of the Month for August, allowed an Ellis Valentine home run at the top of the ninth, but then retired the last three Expos in order to record his 30th save of the season.

Neither unsteady clubhouse benches nor uncomfortable protective gear could stop the Pirates from defeating the Expos 5-3 on this day and winning their 19th consecutive game at Three Rivers Stadium, a streak that dated back to an August 16th victory over the Cincinnati Reds. The win took the Pirates’ record to 80-69 and left them two games behind the front-running Phillies. As Willie Stargell said, “Pennant races are fun. We play all spring and summer just to go scratchin’ and clawin’ in September. That’s what the game is all about.”5

The game recounted here is the first professional baseball game I ever attended at the age of (almost) 12. My family had moved to Pittsburgh in July 1978, and my dad had promised to take me to a Pirates game as soon as he could. Baseball, more than any other sport, is a father-and-son tradition, and everyone remembers his first game. Two days after I received the assignment to write about this game, my dad – Roland Bush – passed away at the age of 87. I dedicate this article to him and to our shared memory of that game.