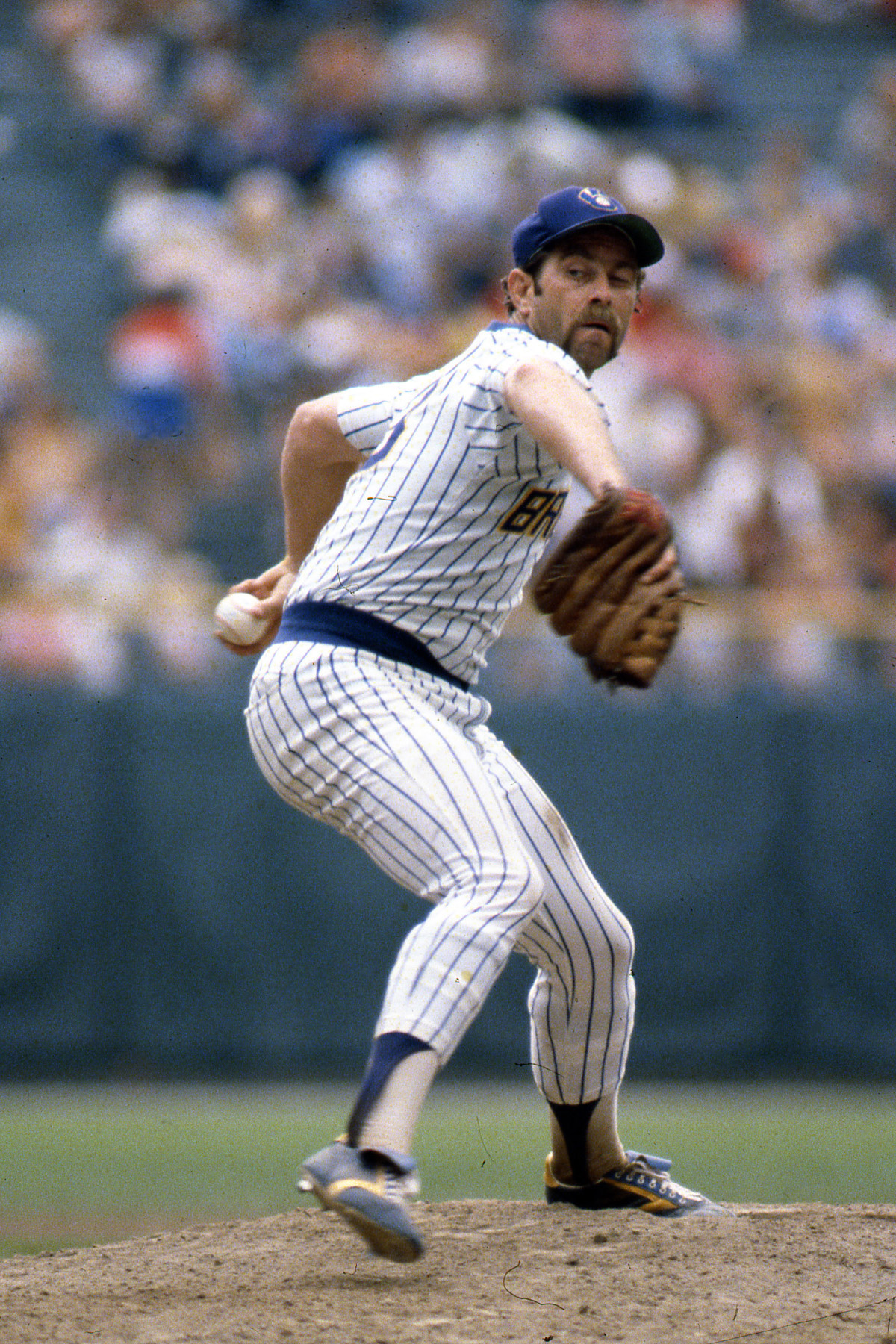 The New York Yankees had long been out of contention by Friday night, September 17, 1982. Their 14-0 loss at the hands of the Milwaukee Brewers that night signaled their statistical elimination from the race. Harvey’s Wallbangers moved to a two-game lead over the Baltimore Orioles in the American League East Division, while the Yankees remained in fifth place.

The Brewers conquered the team that defeated them in the playoffs after the strike-shortened 1981 season, but the Orioles continued to hang tough in the race with 15 games left in the regular season. They had won 24 of their last 29 games, despite a 5-3 loss to the Cleveland Indians that night. It was the first time in nine days that the Brewers picked up a game in the standings over Baltimore.

The Brewers — and the 20,144 spectators at Milwaukee County Stadium — were clearly watching the scoreboard throughout the game. They were well aware that the previous weekend the Brewers had lost three of four games to the Yankees in New York. And the Brewers had lost seven of their 15 games since closer Rollie Fingers suffered a forearm injury on September 2. “Everyone was kind of down,” said Brewers manager Harvey Kuenn after the Brewers routed the Yankees, “and I’m not talking about the players. I’m talking about other people.”

“Don’t worry about these guys,” Kuenn said. “They’ll come back.”1

Brewers starter Mike Caldwell, who had built a reputation as a Yankee killer since joining the Brewers in 1978, pitched a three-hit shutout for the victory. It was the left-hander’s 16th win in 1982, and his ninth in his last 10 decisions. He left the game with a 12-3 lifetime record against the Yankees.

Showers had fallen throughout the day, and along with a 62-degree temperature at game time, the weather kept the size of the crowd below expectations. The wet field caused a number of fielding miscues by the Yankees.

The game began poorly for the Yankees starter, Stefan Wever, making his first (and only) major-league appearance after a promotion from Double-A Nashville, where he had been named Pitcher of the Year in the Southern League. He had established himself as one of the top prospects in baseball in 1982 with a 16-6 record in 214 innings pitched, throwing 10 complete games and two shutouts with a 2.78 earned-run average.

In the first inning, Wever allowed a single to Paul Molitor followed by doubles by Robin Yount and Cecil Cooper. Ted Simmons then reached on an error by Yankees shortstop Andre Robertson before Wever was able to retire a batter — Ben Oglivie, who flied to left. Then Gorman Thomas powered a home run, giving the Brewers a 5-0 lead before the Yankees came to bat.

“I had thrown (Thomas) four straight fastballs and had gotten him to swing at one of them,” Wever said. “I tried to sneak another one by him. It started out low and away and then it rode into his power zone. You make a mistake in Double-A ball and you maybe are able to get away with it. Here Gorman Thomas can hit it 450 feet.”2

At some point in Thomas’s at-bat, Wever felt a twinge in his shoulder. Many years later the 6-foot-8-inch, 245-pound right-hander admitted he told no one. “There was no way I was coming out of that game,” he said in a 2005 interview. “I’m not going to say, “Hey, take me out of my major-league debut” because I had a little twinge in my arm. I needed to show them I was tough.”3

Wever’s troubles continued through the next two innings. Jim Gantner walked to open the second. He was forced at second by Paul Molitor, who moved to second on Robin Yount’s single and to third on a wild pitch. He scored on Cecil Cooper’s sacrifice fly.

Things got even worse for Wever in the third. After striking out Ben Oglivie, he walked Thomas, who was out at second as Roy Howell reached on a fielder’s choice. The powerful young pitcher then uncorked two wild pitches before Charlie Moore’s run-scoring single pushed the Brewers’ lead to 7-0. Wever’s evening ended after he walked Gantner,

The Brewers added a 10th run in the sixth inning off Doyle Alexander as Molitor singled and scored on Simmons’s sacrifice fly. In the seventh Alexander gave up four more runs: Yount hit his 24th homer, Molitor bashed an RBI triple, and Alexander allowed two runs on balks.

Caldwell never allowed the Yankees a real scoring threat, just three hits and a walk on 108 pitches. After a walk to Dave Winfield and a lineout by Lou Piniella in the second, he allowed a single to Steve Balboni but retired Barry Evans on a fielder’s choice and Rick Cerone on a fly ball to left field. In the fourth Ken Griffey Sr. Singled but was erased when Winfield grounded into a double play. In the top of the eighth, with two outs and a 14-run Brewer lead, Cerone doubled but was stranded when Robertson grounded out to short.

Caldwell relished his role as the Yankee Killer to the point of including the phrase on baseballs he signed for fans. After joining the Brewers in a June 1977 trade with Cincinnati, he revived his career with the help of manager George Bamberger, who taught him to throw the “Staten Island Sinker” that writers and opponents often claimed was a doctored pitch. He shut out the Yankees three times in 1978 and five times in his career.

After the game Caldwell had no explanation for his success against New York, which had ousted the Brewers in the 1981 playoffs. “I don’t know,” he said sarcastically. “Tonight, I guess it was 14 runs and those five runs in the first that did it.”4

The “little twinge” Wever felt in the first inning turned out, after two years of rehab and attempts to “pitch through it,” to be a torn rotator cuff. A visit to Dr. James Andrews resulted in surgery for a fully torn rotator cuff and torn labrum. After the operation he pitched in 19 games over three years in the minors and ended his playing career in June 1985 at age 27.

Despite the rout, the Brewers still had substantial cause to worry. Before the game Rollie Fingers had attempted to throw from the mound for the first time since tearing a muscle in his right forearm. Fingers abandoned the session after 20 pitches from the mound, because of continued tightness in his throwing arm.

Kuenn was pessimistic, commenting, “I would say we are more or less resigned to the fact that he may not be back this year.”6

In addition to the sources cited in the Notes, the author consulted the following sources:

2 Michael V. Uschan, “Even Mike Caldwell Can’t Quite Figure Out His Mastery of the New York Yankees,” UPI Archives, September 18 1982.