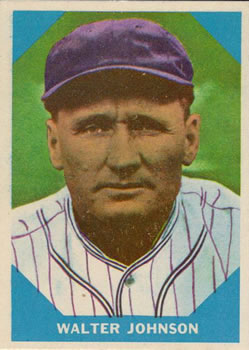 The major sports story of the day for September 22, 1927, was the defeat of Jack Dempsey by Gene Tunney, the heavyweight boxing champion. It concentrated on how Tunney was aided by what appeared to be a long count when he was knocked to the canvas by the challenger. A sportswriter described the scene: “A left, right, another left and another right all to the jaw and a final left to the jaw sent Tunney to the floor of the mat. The count seemed slow to the crowd, but certainly not to Tunney, how was shaking his head, clearing the cobwebs.”1 Tunney got up, finished the round and then went on to defeat Dempsey and retain the title.

Secondary to all the fight hoopla was the game between the seventh-place St. Louis Browns and the fourth-place Washington Senators at Griffith Stadium in the nation’s capital. The Browns entered the game with a record of 57-88 and trailed the first-place New York Yankees by a whopping 46 games, while Washington was 77-66 and trailed New York by 25 games.

The Washington Post told its readers, “Yesterday the Washington players were the guests of honor at a luncheon given by the Cosmopolitan Club at the Lee House. Two prizes were given for some unknown reason with ‘Lucky Earl’ McNeely drawing one and Horace Lisenbee the other.”2

On the mound for manager Dan Howley’s Browns was 14-year veteran Sad Sam Jones. For second baseman-manager Bucky Harris’s Senators, the starter was 21-year veteran Walter Johnson, the winner of 417 games. A sportswriter observed, “Manager Dan Howley seems to be beyond the point where he worries about changing pitchers. Today he picked out Sad Sam Jones to take his beating.”3 Wrote another, “After his experience in today’s game, it is no wonder that ‘Sad Sam’ Jones is sad. He held the Senators to eleven hits, two less than the Browns counted, yet lost the verdict, 10 to 7, simply because his mates gave him poor support afield. Several of the home bingles should have been outs, while three of the four errors charged to the visitors figured prominently in making Washington runs.”4

Johnson in the first inning got Frank O’Rourke to line out and Harry Rice to pop out to second base before giving up a single to first baseman George Sisler. Sisler stole second but was left stranded when Ken Williams took a called third strike. Jones set Washington down in order in the bottom of the first inning on a groundout, a lineout, and a strikeout.

With one out in the top of the second inning, Leo Dixon reached on an error by Harris. Spencer Adams singled with Dixon ending up on third and Adams on second when center fielder Goose Goslin booted the ball. Wally Gerber hit a sacrifice fly to score Dixon. Johnson got Jones on a groundball to shortstop, ending the inning with the Browns leading 1-0.

With one out in the home second, Joe Judge reached on an error by Gerber at short and Bennie Tate lined out to third. Judge stole second base and Ossie Bluege walked. Grant Gillis ended the threat on a fly ball to right field.

St. Louis added to its lead in the top of the third. Harry Rice reached on a single to second base. Sisler followed with a double to right field, sending Rice to third. A single by Williams brought Rice and Sisler home to give St. Louis a 3-0 lead. The inning ended on a double-play groundball by Herschel Bennett.

Johnson, a good hitting pitcher, gave the Nats their first run when he opened the third inning with a homer into the left-field stands. It was the 24th home run of Johnson’s career. Jones allowed a one-out double to Harris, who was left stranded on a groundout and a pop fly.

Adams had a one-out single in the St. Louis fourth and went to third on a double by Gerber. Jones’s double scored Adams and Gerber, then Jones scored on O’Rourke’s single. At that point Johnson was replaced on the mound by Bobby Burke, who got out of the inning when O’Rourke was caught stealing and Harry Rice grounded out, leaving the Browns with a 6-1 lead.

Washington stormed back in the bottom of the fourth beginning with a one-out double by Tate and Bluege’s RBI single. Gillis grounded to shortstop but reached when second baseman Spencer Adams dropped the throw on a double-play attempt. Tris Speaker batted for Burke and reached when Adams made another error, on a throw to first. Earl McNeely ran for Speaker.

Sam Rice singled to score Bluege and Harris singled to drive in Gillis and McNeely. A third consecutive single, by Babe Ganzel, scored Rice; Harris went to third. Goslin hit a sacrifice fly to score Harris and when the inning ended, the Senators had taken a 7-6 lead.

Garland Braxton replaced Burke on the mound for Washington in the St. Louis fifth and got out of the inning unscored on after Sisler’s leadoff single. In the bottom of the inning, Washington added to its total on a hit batsman, a two-out double by Braxton, and a two-run single by Sam Rice that gave Washington some breathing room at 9-6.

Ganzel, leading off the bottom of the sixth inning, beat out a groundball to third and Goslin forced him at second. Sisler at first base dropped the throw from second on Judge’s grounder, and Goslin went to third. Goslin scored from third on Tate’s force-play grounder, and the Senators led 10-6.

The Browns managed one more run, on a double by Harry Rice and a single by Sisler in the seventh. That was all the scoring for the game as Washington came away with the 10-7 victory.

In the win, Washington’s Sam Rice, Harris (double), Ganzel, and Judge each had two hits. Sad Sam Jones pitched a complete game for the Browns. Because of the four St. Louis errors, four of the 10 runs he gave up were unearned. Braxton got the win with five innings of four-hit, five-strikeout relief.

5 Johnson appeared in one more game, as a batter, in the game in which Babe Ruth hit his 60th home run. On September 30 at Yankee Stadium, he pinch-hit for pitcher Tom Zachary in the ninth inning and flied out, to right fielder Ruth.