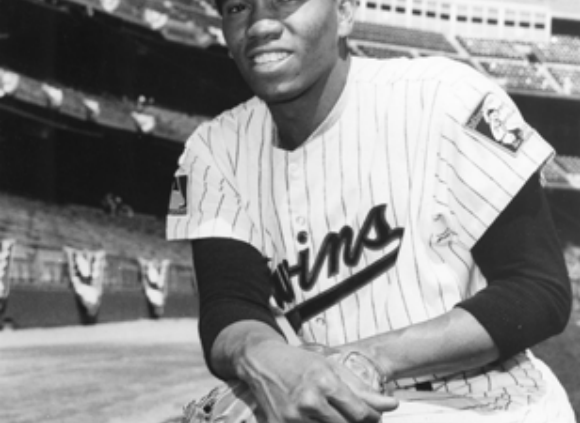 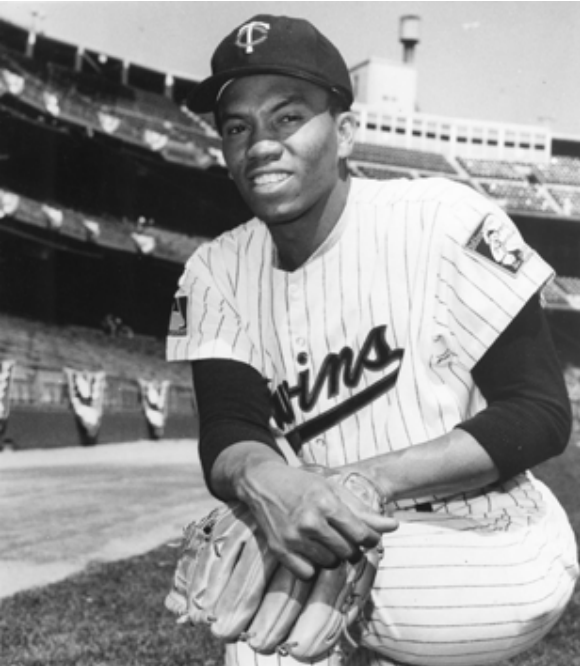 Ed Sadowski, one of three baseball-playing brothers, homered off lefty Luis Arroyo to win the second game of the 1959 Junior World Series for the Minneapolis Millers, 6-5, as the Millers came back from a 5-2 deficit with four runs on three homers in the last two innings.

The starting pitchers were Ted Wills (9-10) for Minneapolis and Mike Cuellar (10-11) for Havana. Only 1,062 fans braved the cold late-September weather to cheer on their team.

The Havana players had all they could due to avoid freezing in the cold North. They had a fire going in a wastebasket in the dugout, and, between at-bats, they would guzzle down hot coffee. The visitors took an early 2-0 lead in the second inning. Dan Morejon’s walk was followed by singles by Ray Shearer and Rogelio Alvarez, and the Sugar Kings had their first run. With runners on first and third with one out, Enrique Izquierdo hit an apparent double-play grounder, but Roy Smalley mishandled the ball and Shearer came across with the second run of the inning.

The Millers quickly tied the score on a two-run homer by Smalley following a double by Spencer “Red” Robbins. The second Miller fielding mishap of the day helped Havana regain the lead in the top of the fourth inning. Alvarez walked and advanced to third when a pickoff attempt by Wills went past first baseman Haywood Sullivan. Alvarez was doubled home by Leo Cardenas.

Havana extended its lead to 4-2 in the seventh inning. Izquierdo singled with one out. Minneapolis tried for a force play on Cuellar’s bunt, but the throw was late, and the Sugar Kings had runners on first and second. After Yo-Yo Davalillo was retired, Elio Chacon’s broken-bat single (the bat splintered into five pieces) scored Izquierdo. Further damage was avoided when Minneapolis center fielder Tom Umphlett made a sliding catch to rob Tony Gonzalez of a hit.

In the bottom of the seventh inning, Minneapolis manager Gene Mauch inserted himself into the lineup as a pinch-hitter for Wills. Wills had allowed only six hits, but his mates’ errors did him in. Only two of the four runs he allowed were earned. Mauch grounded out, and Minneapolis was unable to score in the seventh.

Murray Wall took over the mound duties in the top of the eighth inning and gave up Havana’s final tally. Morejon doubled and was singled home by Cardenas after errors by Haywood Sullivan and Wall prolonged the inning. The errors were the third and fourth of the game by the Millers, and two of Havana’s five runs were unearned.

Cuellar was cruising along and had allowed only five hits in the first seven innings. But he tired in the bottom of the eighth, and the Millers retied the game with three runs. After Johnny Goryl’s leadoff single, Lou Clinton homered for the Millers’ second circuit clout of the game to bring the Millers within a run of the Sugar Kings. After Umphlett flied out, manager Preston Gomez of Havana changed pitchers, bringing in his relief ace, Luis Arroyo, whose arsenal of pitches featured a screwball, and whose earned-run average was a mind-blowing 1.15. Arroyo retired the first batter he faced, Joe Macko, on a popup for the second out of the inning.

“I shouldn’t have risked the fast ball so much with the wind blowing like that to left.” — Luis Arroyo1

Arroyo faced Robbins and chose not to use his screwball. Robbins deposited a fastball over the left-field fence and the score was tied. After Wall pitched a scoreless top of the ninth, Ed Sadowski led off the bottom of the ninth for the Millers and, with the count 2-and-2, found a fastball to his liking. He hit a long fly ball that hugged the foul line and, despite an unfavorable right-to-left wind, landed fair in the left-field seats. The game was over. To make sure he didn’t miss home plate, Sadowski did the unconventional and slid across the plate. Sadowski explained the decision to slide by saying, “I didn’t want to take any chances. I lost a homer once before when I didn’t touch home plate because guys congratulating me bumped me away.”2

Murray Wall was credited with the win. He pitched in parts of four big-league seasons, mostly with the Red Sox, going 13-14 in 91 games. Earlier in 1959, he was with the Red Sox and was traded to Washington. After appearing in one game with the Senators, he was returned to the Red Sox, as the player for whom he had been traded reported to Boston with a sore arm. The Red Sox sent him to Minneapolis at the end of July when they called up Earl Wilson. Wall never returned to the big leagues.

Luis Arroyo took the loss. He had first pitched in the minor leagues in 1948 and first pitched in the big leagues in 1955 with the Cardinals, going 11-8 and being named to the All-Star team. By 1959 he was in the Cincinnati organization. He was with the Reds during the 1959 season but was sent to Havana in July. During the 1960 season, he was traded to the New York Yankees, where he shined as a reliever. His 1961 season was exceptional. He went 15-5 with a league-leading 29 saves (credited retroactively when saves became an official statistic in 1969), was named to the All-Star team, and finished sixth in the Most Valuable Player balloting. He was credited with the win in the third game of the 1961 World Series, pitching the final two innings as the Yankees, on Roger Maris’s homer, broke a 2-2 tie and went up two games to one over the Cincinnati Reds in the Series.

Three of the Minneapolis players who homered played in the big leagues. Smalley, by the time he played for Minneapolis in 1959, had played 11 seasons in the majors, and his big-league career was over. He last played with the Philadelphia Phillies, his final game being on April 21, 1958.

Spencer “Red” Robbins was a career minor leaguer who spent 14 years in the minors, making 11 stops. He finished up at Charlotte, North Carolina, in 1962. Ed Sadowski, who seemed to have more foul-ball homers than fair balls over the fence in 1959, made it to the majors with the Red Sox in 1960. In parts of five big-league seasons, including three with the expansion Los Angeles Angels, he batted .261.

Each of the managers in the game managed in the majors. Mauch went on to manage at the big-league level beginning in 1960 with the Philadelphia Phillies, taking over the team two games into the season. After being fired by Philadelphia in 1968, he became the first manager of the expansion Montreal Expos in 1969. He moved on to the Twins in 1976, becoming only the second man to manage both the Minneapolis Millers and the Minnesota Twins. (Bill Rigney was the other.) Beginning in 1981, he managed the California Angels, with whom he had his greatest success, winning the American League West in 1982 and 1986.

Preston Gomez, whose major-league playing career consisted of eight games with the 1944 Washington Senators, had some success as a minor-league manager before becoming a big-league coach and manager. After managing in the Junior World Series in 1959, he took over as manager of Spokane in 1960 and guided the Dodgers’ affiliate to the Pacific Coast League championship. He was the first manager of the expansion San Diego Padres in 1969. In three full seasons, the team went 176-309, finishing last in the National League West each season. He was fired 11 games into the 1972 season. He also managed the Houston Astros and Chicago Cubs.

The Minneapolis-Havana series was even up at one game apiece. Winter-like weather forced the postponement of the third game in Minneapolis, and the remainder of the series was moved to Havana. The last five games of the Series were played there. The Sugar Kings, with Fidel Castro looking on, won the series in seven games.

The Sugar Kings were not long for Havana. Castro had come to power in 1959, and it was said that there were more automatic rifles than bats in the ballpark during the 1959 Junior World Series games. In 1960 the Sugar Kings were moved to Jersey City. Precipitating the move was an explosion at a nearby ammunition dump on June 26 that delayed play for 90 minutes.3 Shortly thereafter, the team relocated and became the Jersey City Jerseys.

In addition to the sources listed in the Notes, the author used Baseball-Reference.com and the following: