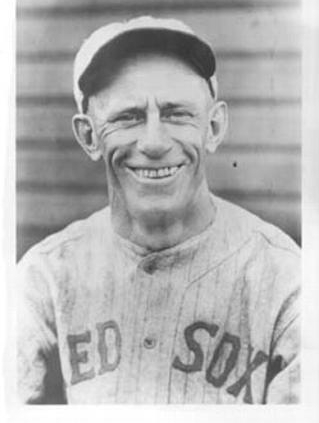 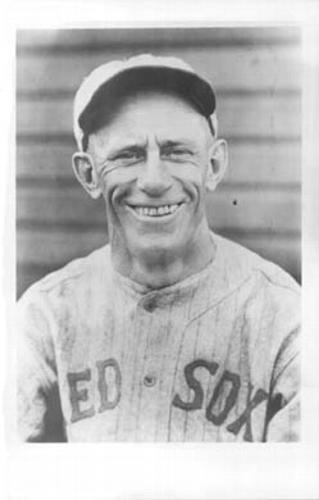 It was the last home date of the season for the Boston Red Sox, and the last day of Daylight Saving Time. The New York Yankees, in the first year of Yankee Stadium, were in first place in the American League with an 18½-game lead over second-place Cleveland.1 The Red Sox were in last place, 38 games off the Yankees’ pace and 7½ games behind their closest competitors, the seventh-place Philadelphia Athletics. There were six games left on the schedule. Nothing either team could do would affect their place in the final standings.

It wasn’t as though the teams weren’t prepared to put out, though. A note in the Boston Herald read: “Miller Huggins declares the Yankees will play every championship game as if the pennant depended on it. He wants to keep the athletes pepped up so that they will carry the fight edge into the world series.”2

Both teams had four scheduled offdays in a row after their Saturday doubleheader, left open to make up rain dates. Both teams were perhaps ready to move on to other things, as the first game of the day was played very quickly. The second game lasted a lot longer. Despite the lack of pennant-race implications, the twin bill drew fans — some 15,000 people came out to see the games.

James C. O’Leary of the Boston Globe said the fans had come out hoping to see Babe Ruth hit a home run.3 The Babe wasn’t the slugger he had been in 1920 and 1921, when he shattered records with seasons of 54 and 59 home runs, but he still had 38 homers coming into the game and he finished the season with 41, a dozen more than runner-up Ken Williams.4

Starting for Red Sox manager Frank Chance was Austria-Hungary-born former Yankee Jack Quinn (12-17). Quinn set down the side in order in the first, getting Babe Ruth on a called third strike to end the inning. Miller Huggins countered with another right-hander (a former Red Sox pitcher), Waite Hoyt (17-8). Hoyt got two outs in the bottom of the first, bracketing a single by Roxy Walters, but then George Burns singled, Mike Menosky singled to drive in two runs, and Shano Collins singled, driving in a third. Hoyt secured the third out, but it was 3-0, Red Sox, after the first inning.

The only two Yankees to get base hits over the first four innings were the pitcher, Hoyt, a single in the top of the third, and rookie first baseman Lou Gehrig, in the fourth. Boston added another run in the fourth when Collins singled and reached second on an error, moved to third on a groundout, and then scored an unearned run on a wild pitch. The Yankees defense, including two errors, was costly; the New York Times wrote, “Perfect support behind Hoyt would have prevented all of Boston’s first four runs.”5

Aaron Ward singled to lead off the Yankees’ fifth but was erased in a double play. Hoyt led off the sixth with his second hit of the game but was picked off. Finally, New York broke through in the seventh with four singles producing two runs. It was 4-2, Boston.

The Yankees didn’t have an extra-base hit in the game, but they came up with three singles in the top of the eighth to produce another pair of runs, and tied the game at 4-4.

Both Hoyt and Quinn remained on the mound, driving toward complete games. With one out in the bottom of the eighth, Menosky tripled to right-center field off Hoyt and scored on a fly ball by Collins.6 The Red Sox took a 5-4 lead, and Quinn held it, allowing just a single (by Harvey Hendrick pinch-hitting for Hoyt) in the top of the ninth.

There had thus been nine runs scored, and 25 base hits, but the game still barely took an hour; the final pitch was just 63 minutes after the game’s start. There were no relievers. There were no bases on balls issued by either pitcher.

The game was played before regular radio or television broadcasts slowing play with commercial breaks. Home-plate umpire Bill Dinneen, who was the winning pitcher in three games when the Red Sox won the 1903 World Series, clearly kept the game moving along, with no dilly-dallying by either team.

There was a 2-2 tie in the seventh, and neither team scored again until the 16th inning. Red Sox starter George Murray went the distance; Bob Shawkey pitched he first 14 innings for the Yankees. George Pipgras pitched the 15th and 16th. A walk, another walk, a sacrifice, and a George Burns single to center field won the second game for the Red Sox, 3-2.

How had Babe Ruth done? He had two singles, one in each game. A liner to right field might have gone out but was caught. “On another occasion,” wrote O’Leary, “He lined one into the right-field pavilion which was foul only by a small margin.” He hit another foul over the roof in right field — no small poke. And hit a very high fly to center field, just getting under it a little too much. But, wrote O’Leary, “he again demonstrated what a wonderful all-round player he is. His fielding and throwing were exceptionally good.”7

In addition to the sources cited in the Notes, the author consulted both Retrosheet.org and Baseball-Reference.com.

1 In October, the Yankees won their first world championship, beating the New York Giants in six games. The venue for the games alternated between the Polo Grounds and Yankee Stadium.