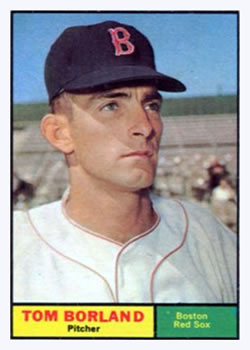 When the Shaughnessy playoffs began after the 1958 American Association season, the chances of the Minneapolis Millers were viewed only as fair. The Shaughnessy playoff system was named after International League President Frank Shaughnessy, who promoted the plan in the 1930s. It paired the first-place team with the fourth-place team and the second-place team with the third-place team in the first round of the postseason playoffs. The winners would meet for the league championship. The champion would then meet the champion of the International League in the Junior World Series. (It had originally been called the Little World Series.)

The 1958 regular-season champions of the American Association were the Charleston (West Virginia) Senators, the top farm club of the Detroit Tigers. They finished with a record of 89-62, 7½ games ahead of the Wichita Braves, the top farm club of the Milwaukee Braves (83-71). The Millers (82-71), the top farm team of the Boston Red Sox, finished in third place, just a half-game behind Wichita. Finishing in fourth place were the Denver Bears, affiliated with the New York Yankees, 10 games back at 78-71. In the 22 years of the Shaughnessy playoff system in the American Association between 1936 and 1957, the team finishing in first place in the regular season had also won the playoff championship seven times; the team that finished second won the playoff championship six times; the team finishing third won seven times; and the fourth place team won only twice.1

Denver upset Charleston in seven games in their first-round series in 1958. The Millers faced the Wichita Braves, with the first three games in Wichita. Wichita won Games One (4-2) and Three (9-2). The Millers won Game Two, 5-4. Led by a home run from left fielder Art Schult and a four-hit shutout by Al Schroll, the Millers won Game Four at home, 2-0. This would be the first of 11 straight wins that would lead them to the Junior World Series title. The Millers disposed of the Braves with wins in Games Five (4-3) and Six (3-2). Strong pitching from Tom Borland and Tom Hurd won Game Five, and a complete game from Dean Stone won Game Six.

The American Association championship series opened at Metropolitan Stadium on September 18 with the Millers breezing by the Denver Bears, 10-1. Schroll pitched a complete game, allowing only four hits. The next game was won by the Millers, 4 -1. Because of scheduling conflicts at Metropolitan Stadium, the next five games would be played at Denver. The Millers made quick work of the Bears, however, with wins on September 20 (14-13 in 11 innings) and 21 (6-4).

The Montreal Royals, managed by Clay Bryant, were the top farm club of the Los Angeles Dodgers in 1958. They finished first in the International League by 2½ games with a record of 90-63. They beat Columbus and Toronto to win the International League championship series. Montreal had a strong starting rotation with Tom Lasorda (18 wins), Rene Valdes (15 wins), Bill Harris (14 wins), and Bob Giallombardo (12 wins). The Millers would beat all four, in succession, during this series. Other notable Royals were infielders Jim Koranda, Sparky Anderson, Bobby Dolan, and Clyde Parris and outfielders Solly Drake, Bob Lennon, and Tommy Davis.

The Junior World Series opened in Montreal on September 26. The series was played 44 times between 1904 and 1960, and the American Association had won it 26 times; the Association had won six of the last seven series played. Played only periodically before 1920 (1904, 1906, 1907, and 1917) it was an annual postseason series between 1920 and 1960 (except for 1935). The Millers in 1958 were playing in the series for the third time. Their first appearance was in 1932 when they fell to the Newark Bears. In Game Five of that series, an out call on a Newark batter in the top of the ninth inning with two out was reversed five times. The Newark batter was finally ruled safe, and Newark scored four runs to salt the game away. If the batter had been ruled out, the Millers could have won the game and taken a three-games-to-two lead in the series. As it was, the Millers lost the next game and the series, four games to two. In 1955 the Millers finished first in the regular season, swept Denver and Omaha in four games each, and beat Rochester in seven games to win their first Junior World Series. The last four games of that series were the last baseball games played at Nicollet Park.

Most of the 1958 Millers players were of major-league or marginally major-league caliber. Twenty-eight of the 34 players on the roster for all or part of the season spent or would spend at least a few months in the major leagues. The major-league careers of Paul Smith (1b), Frank Kellert (lb), Harry Malmberg (2b), Tom Umphlett (cf), Stu Locklin (of), Duane Wilson (p), Harry “Fritz” Dorish (p), Tom Hurd (p), and Bert Thiel (p) were behind them. In contrast, Jerry Zimmerman, Pumpsie Green, Lou Clinton, Schroll, Stone, and Bill Monbouquette would begin decent major-league careers in the following years. In addition, the major-league career of Art Schult was almost over (he would spend 1959 and 1960 with the Chicago Cubs) and the major-league playing career of Gene Mauch (1944-1957) was over; his career as a well-respected major league manager had not yet begun. He would sharpen his skills as a playing manager for the Millers in 1958. Often he would start the game at either second base or third base and then let Malmberg or Red Robbins finish the game.

The series switched to Metropolitan Stadium for Game Four and any subsequent games. Montreal took a 1-0 lead – its only lead of the series – in the second inning. The Millers struck back with five runs in the third inning, three scoring on a bases-loaded triple by right fielder Clinton. Schult followed with his seventh home run of the playoffs, after hitting 20 in the regular season. The Millers added two runs in the seventh inning on a triple by Borland and a home run by Clinton. Borland, with a sharp five-hitter, shut down the Royals 7-1 before 7,072 spectators.3

Borland said after the game, “I’ve pitched only one better game this year. That was a three-hit shutout against Indianapolis. I had really good control. I was a little shaky in the second inning when Montreal scored. But I tried to think this was just another game and settled down.”4

Catcher Jerry Zimmerman added, “Borland’s curve ball and fastball were great. I never caught 11 straight winners before.” American Association President Ed Doherty revealed the key to the Millers championship when he said, “I’ve never seen a team have better pitching than the Millers had in the playoffs and Little World Series.” Schroll won three playoff games, allowing only three runs (two earned) in 25⅓ innings. Stone and Smith each had a complete-game win, and clutch relief pitching from Hurd helped win several games. Each Miller collected about $1,500 for the playoff championship, with $740 coming from the Junior World Series games.5

In 1959 the Millers appeared in their fourth Junior World Series. They beat Omaha in six games and Fort Worth in seven games to win the American Association playoff championship, but fell to the Havana Sugar Kings in a hard-fought and tense seven-game series.