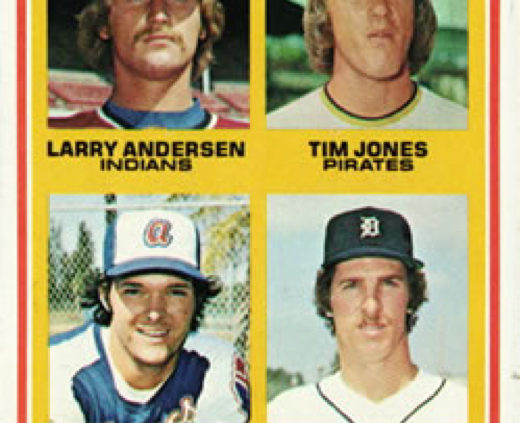 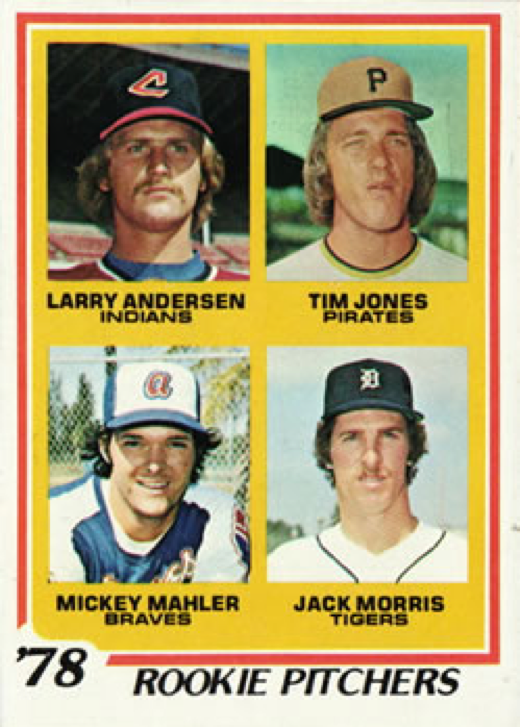 On the dusty shelf of forgotten US Bicentennial knickknacks, behind the commemorative plates and drinking glasses and red, white, and blue iron-on decals, you’ll find a Williamsport Tomahawks cap and T-shirt.

The 1976 Tomahawks — known to sportswriters as the “Tommies” or “Toms” — were a single-season entry in the Double-A Eastern League, affiliated with the Cleveland Indians. They were also the only venture by the city of Williamsport, Pennsylvania, into affiliated minor-league ball between the departure of the Class A Williamsport Red Sox in 1972 and the arrival of the Double-A Williamsport Bills in 1987.

When a minor-league team lasts only one year, it’s usually a failure on the field, at the gate, or both. The Tommies were both. On the field, they posted the worst record in the eight-team league, finishing at 48-91, 32 games behind the division-winning West Haven (Connecticut) Yankees. At one point they went 34 innings, across five losses, without scoring a run.1 At the plate, they had the Eastern League’s fewest home runs and RBIs and its second-lowest team batting average. On the mound, they posted the league’s worst staff ERA and surrendered the most hits and home runs.2

In the stands, they drew 53,728 fans, or about 770 per home game.3 As early as June 27, general manager Mal Fichman — who set a preseason attendance goal of 70,000 — bemoaned the lack of support: “When we started operations here at the beginning of the year, we all had high hopes and promises of support. Now the people who made all those promises don’t even come to the games.”4

A Fan Appreciation Night promotion drew an above-average crowd of 1,894 to Williamsport’s Bowman Field on September 4 for the Tomahawks’ final game of the year.5 It was not known at the time that this would be the team’s last game. Fichman said after the game that the Indians had a 99 percent chance of keeping the Tommies in place for the following year.6 Later that month, The Sporting News also reported that the Indians were likely to keep the team in Williamsport in 1977.7

Seven members of the 1976 Tommies reached the big leagues, and three were in the starting lineup that day. They were first baseman Wayne Cage (.286 with a team-leading 10 home runs and 42 RBIs), designated hitter Ron Hassey (.279 in 21 games), and starting pitcher Larry Andersen (team-leading 9 wins with a 2.71 ERA and 12 complete games in 21 appearances).8 Andersen already had big-league experience, having appeared in three games with the 1975 Indians, though he did not receive a call-up in 1976.

Perhaps the most buzzed-about Tommie, 18-year-old shortstop Alfredo Griffin, was elsewhere on September 4. After hitting .275 in Williamsport, he’d twice been promoted — first to Toledo, then to Cleveland — and was appearing in his first big-league game that night against Boston. Tommies manager Red Davis, in professional baseball since 1935, was quoted in The Sporting News as saying Griffin had “the best range I’ve ever seen.”9

The Tomahawks’ opponent was the Reading Phillies, skippered by Granny Hamner. At 54-81 going into the game, they were the second-worst team in the league, and were by leaps and bounds the worst team in the 10-year history of the Reading franchise.10 Nine Reading players made it to the big leagues at some point, and four were in the starting lineup: John Poff in left field, Keith Moreland at third base, Todd Cruz at shortstop, and Jim Wright11 (13-5, 2.39, 10 complete games in 20 starts) as starting pitcher. Also in the lineup was an offensive star who never made the big leagues, first baseman Gary Begnaud, who posted a team-leading 23 home runs and 78 RBIs.12

After a scoreless first, Begnaud drove an Andersen pitch 400 feet over the center-field fence in the second inning to give Reading an early 1-0 lead.13 It didn’t last long, though. Shortstop Ben Heise, younger brother of well-traveled big-league infielder Bob Heise,14 singled in a run in the bottom half to knot the game at 1-1.

The Phillies loaded the bases against Andersen in the third but could not score.15 After that, the pitcher closed the door on Reading’s hitters. Andersen pitched a complete game, scattering four singles and three walks after Begnaud’s home run. He struck out seven.16 Cruz accounted for two of Reading’s four singles, while Moreland and second baseman Eudaldo Oliveros produced one apiece.

Williamsport left fielder Mike Dolf, a .226 hitter for the season, touched Wright for two run-scoring blows — a sacrifice fly in the fourth inning and a single in the sixth — that gave the Tommies a 3-1 lead.17 Wright then ran out of steam in the bottom of the eighth, giving up a run-scoring hit to Hassey and leaving a two-out, bases-loaded jam in the lap of reliever Glenn Gregson. Gregson surrendered a bases-clearing double to Heise and a run-scoring double to second baseman Rico Bellini to make the score 8-1. He also walked two batters before getting the final out.18 Heise’s offensive outburst was especially notable: He drove in only six runs in 23 games with Williamsport in 1976, and two-thirds of them came on September 4.

The game wrapped up in 2 hours and 23 minutes.19 As it turned out, the 8-1 win not only sent the Tommies out on a high note, but also did the same for their manager, Red Davis. A Pennsylvania native whose playing career peaked with 21 games at third base for the 1941 New York Giants, Davis had a peripatetic 27-season managing career between 1949 and 1976 in the minor-league systems of the Giants, Reds, Pirates, and Indians.20 Davis, fellow minor-league manager Gomer Hodge, and roving pitching coach Harry Dorish were dismissed by the Indians without public explanation at season’s end, and Davis never managed in affiliated ball again.21 He died in 2002.

The future of the Tommies had actually been foretold a few weeks before their final game. On August 22, Reading and Williamsport played a regular-season game at Roosevelt Stadium in Jersey City, New Jersey — ostensibly as a test for a possible move of a Triple-A team to that city the following year.22 The game was a disappointment. It drew only 2,453 fans, the ballpark was reportedly in poor shape, and Mayor Paul Jordan, who was expected to present a “Mayor’s Cup” trophy to the winner, did not attend.23 Still, Fichman apparently saw a brighter future in Jersey City than in Williamsport. The news broke in January 1977 following a City Council vote in Jersey City: The Tomahawks, with New Jersey resident John Orsino replacing Davis as manager, would play in Roosevelt Stadium as the Jersey City Indians in 1977.24

Neither Baseball-Reference nor Retrosheet provides box scores of minor-league games, but the September 5, 1976, editions of the Reading (Pennsylvania) Eagle and Grit (Williamsport, Pennsylvania) published box scores. A few relatively small discrepancies between the two papers’ box scores are listed in the Notes.

2 The Tomahawks tied with the Berkshire Brewers’ pitching staff for the most hits allowed: Each team gave up exactly 1,173 hits.

5 The first of several small variations between the game accounts in Grit and the Reading Eagle. Grit reported attendance of 1,894; the Eagle reported 1,865.

8 Other members of the 1976 Tomahawks who reached the bigs but did not play on September 4 were Tom Brennan, Dennis Kinney, and Glenn Redmon. Not all of these players may have been on the team’s roster at the end of the season.

12 Members of the 1976 Reading team who played in the big leagues but did not appear on September 4 were Tim Blackwell, Warren Brusstar, Nardi Contreras, John Vukovich, and Jesus Hernaiz. Not all of these players may have still been on the roster at the end of the season. Two additional members of the team, Bill Dancy and Glenn Gregson, reached the major leagues as coaches.

16 Another variation between the two covering newspapers. Grit has Andersen striking out seven; the box score in the Reading Eagle has him striking out six.

20 The only break in Davis’s managing career came in 1973. An item in the “Caught on the Fly” section of the November 3, 1973, issue of The Sporting News says simply that Davis “left baseball” after 1972 but gives no reason why.