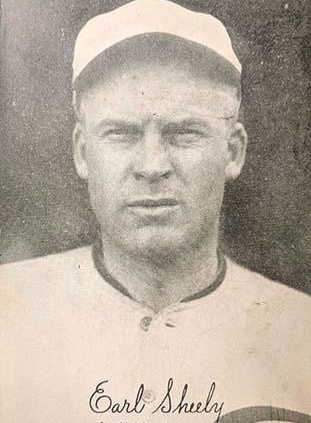 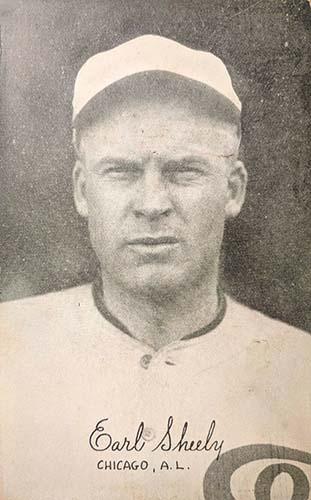 On September 9, 1921, the Chicago White Sox opened a three-game series with the Detroit Tigers at Comiskey Park. The White Sox were in seventh place with a 56-77 record, 27 games behind the New York Yankees, and the Tigers were in sixth place with a 64-72 record, 20½ games back.

The only question in the pennant race at this point was whether the Yankees would win their first American League pennant or whether the Cleveland Indians, one game behind them, would repeat. Even if the White Sox won their next 21 games (which included four against Cleveland, three against the fourth-place Washington Senators, and two against the Yankees) they could not get into the first division. They were doomed to finish seventh.

Perhaps White Sox manager Kid Gleason wanted to test his new pitcher Hod Fenner against real major-league hitters. Fenner had failed trials with the Detroit Tigers and the Chicago Cubs previously and had pitched only for the Kalamazoo Celery Pickers of the Class-B Central League. Led by Harry Heilmann (who won the 1921 batting title with a .394 average), Ty Cobb (who batted .389), and Bobby Veach (who batted .338), the Tigers set the American League record for team batting with a .316 average. They shattered the previous league record of .306 by the 1903 St. Louis Browns.1 This remains the American League team batting record as of 2020.2

But the Chicago team did even better against Dutch Leonard in the bottom of the first. Harry Hooper led off with a single and Ernie Johnson followed with another single. Although Eddie Collins made the first out of the inning, Earl Sheely drove in both runners with a triple to tie the score. Bibb Falk hit another single, which scored Sheely. Johnny Mostil followed with a double, and a wild pitch by Leonard increased Chicago’s lead to 4-2.

The Detroit second inning was scoreless, but Chicago scored five more runs in its half. After two quick outs, Johnson singled and stole second base. Collins walked and Sheely homered to left field, making the score 7-2, Chicago. Falk singled and Mostil tripled him home. Eddie Mulligan also hit a triple and Mostil scored. Lees flied out to end the inning, but the White Sox now led 9-2.

In the Detroit third inning, Young opened with a single and Jones singled him to third. Cobb walked, loading the bases. Veach walked, scoring Jones. Heilmann singled Jones and Cobb home. Things looked better for the White Sox when Lu Blue hit into a double play, but Herm Merritt hit a triple to drive in Veach. Johnny Bassler grounded out to end the inning but the Tigers had closed the gap to 9-6.

As the White Sox’ third inning began, Detroit player-manager Cobb had Carl Holling relieve Leonard. Leonard had given up 10 hits and a walk in the first two innings. Holling struck out Elmer Leifer, batting for Fenner., Hooper grounded out, and Johnson flied out.

Detroit opened its fourth against Dickey Kerr, who replaced Fenner. It began ominously for Chicago as pitcher Carl Hollings singled and Young walked. Jones singled on a bunt to third, loading the bases. Kerr walked Cobb and Veach, cutting the White Sox lead to just one run. Heilmann forced Veach at second, and Jones scored to tie the game, 9-9. Blue walked, loading the bases again. After Merritt popped out to Mulligan at third, Bassler singled Cobb and Heilmann home. The White Sox’ 9-2 lead was now an 11-9 deficit.

In the bottom of the inning, the White Sox tied it up. Collins opened with a single and Sheely singled him to third. After Falk popped out, Mostil hit a fly ball that scored Collins and advanced Sheely to second. Mulligan singled Sheely home to tie the game, 11-11, but was picked off by Holling to end the inning.

In the top of the fifth inning, Young and Jones singled. Cobb advanced them with a bunt. Veach hit a sacrifice fly and the Tigers again took the lead, 12-11.

The White Sox responded with five runs in the bottom of the fifth to pull ahead 16-12. Manager Cobb had replaced Holling with Jim Middleton. Eddie Collins sprained his ankle when he slid into third base and was replaced by Hervey McClellan.3 In the Detroit sixth inning, Blue singled and advanced to second on a wild pitch. Bassler’s double cut the White Sox lead to 16-13.4

Chicago scored two more runs in the bottom of the sixth to make the score 18-13. In the top of the seventh inning, Cobb, Veach, Heilmann, and Blue hit consecutive singles. Kerr threw a wild pitch. An error by McClellan followed, allowing two more Detroit runs and making the score Chicago 18, Detroit 15. Cobb replaced Middleton with Red Oldham in the bottom of the seventh. Chicago scored two more runs to make the game 20-15 going into the eighth inning.

Gleason finally took Kerr out before the eighth inning started, replacing him with Shovel Hodge, who gave up two hits and no walks in two innings as the White Sox closed out their win.

The 35 runs between the two teams tied the American League record for total runs set by the Boston Red Sox (23) and the Philadelphia Athletics (12) on May 2, 1901. Kerr pitched four innings, allowed 10 hits and nine runs (although only seven were earned), and threw two wild pitches, but he was the winning pitcher. Although the New York Times5 and The Sporting News6 claimed that this game set “a new American League record for total runs and total hits,” this was not true. The runs had only tied the record, and the Athletics (27) and the Red Sox (18) had set the record of 45 combined hits on July 8, 1902.3

This victory put the White Sox just four losses behind the sixth-place Tigers. But any optimism they may have had quickly ended. They dropped the next two games against the Tigers, won one against the Yankees, and followed that with 11 straight losses.

In addition to the sources cited in the Notes, the author extensively consulted Retrosheet.org and acknowledges its help.