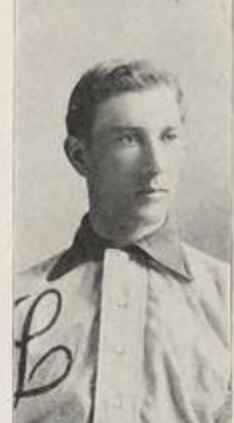 In what is widely considered the first World Series, Barney Dreyfuss, owner of the National League’s Pittsburg1 Pirates, challenged the pennant-winning Boston Americans of the two-year-old American League to a best-of-nine head-to-head postseason playoff. Some in the National League were barely on speaking terms with the upstart AL, and, indeed, there was no “World’s Series,” as it was often rendered during its early years, in 1904. Resuming again in 1905 and missing only one year in the more than 100 years that have followed, the World Series has endured.

But it was far from certain that the Series would occur in the first place. It was on-again, off-again during much of September, with the agreement between Dreyfuss and Boston owner Henry Killilea signed only on September 16.2 Even then, there was uncertainty. There were a few injuries, of course. More significantly, while Pittsburgh’s players were under contract through October 15, Boston’s contracts expired on September 30.3 As late as September 24 – four days before the end of the regular season – it was not at all clear whether there would be a World Series. “Big Games Will Not Be Played,” headlined the Chicago Tribune.4 The subhead read: “Series Is Called Off.” Negotiations continued and the Boston players came to an agreement. On the morning of September 26, the Boston Globe ran a front-page headline: “Boston Team Will Play.”

The two starting pitchers in the first-ever World Series game were Deacon Phillippe for the Pirates (25-9, with a 2.43 earned-run average) and Cy Young for Boston (28-9, 2.08). Phillippe was 31 years old; Young was 36, and his 28 wins led the American League.5 The Pirates had played to a record of 91-49, finishing 6½ games ahead of the New York Giants for their third consecutive NL pennant, while Boston’s “Americans” finished 91-47, 14½ games ahead of the second-place Philadelphia Athletics.6

Each was an ace for his respective team. Sam Leever’s 25-7, with a league-leading 2.06 ERA, had a better record for the Pirates and he’d won each of his final 10 decisions, but a hunting accident had sidelined him since September 18.7 Phillippe had won eight of his last nine. Besides Young, Boston had two other 20-game winners in Bill Dinneen and Tom Hughes.

The Pirates jumped out to a 4-0 lead in the top of the first. Young retired the first two batters, but then a combination of three hits, three stolen bases, and three errors gave them the four runs. A ground-rule triple started things off. The game attracted an overflow crowd and, as was customary for the day, hundreds of standees were packed into the outfield.8 It was agreed that a ball hit into the crowd would be a three-base hit.9 Third baseman Tommy Leach hit one to deep right field and was awarded a triple. Shortstop Honus Wagner followed with a single past Boston captain Jimmy Collins at third base and into left field, producing the first run of the game.

Wagner stole second, then moved up another 90 feet when first baseman Kitty Bransfield hit a ball that Boston second baseman Hobe Ferris fumbled. Wasting no time upping the pressure, Bransfield stole second. Catcher Lou Criger threw the ball over shortstop Freddy Parent’s head and into center field; Wagner scored and Bransfield continued to third.10 After drawing a walk, Pittsburgh second baseman Claude Ritchey executed the Pirates’ third steal of the inning. Right fielder Jimmy Sebring drove them both in with a single to left field. It was 4-0 before Young ended the top of the first with a pair of strikeouts, though on the first one Pittsburgh catcher Ed Phelps reached first base when Criger let the third-strike pitch get away from him.

Phillippe struck out the first two Boston batters he faced, and all three in the second inning. Center fielder Chick Stahl’s single in the bottom of the first produced the only baserunner for Boston until right fielder Buck Freeman singled in the fourth.

The Pirates had added two more runs in the meantime. In the third, Bransfield tripled, the ball getting by Freeman in right. Sebring singled him home. They took a 6-0 lead thanks to yet another error, misplayed by Ferris when Pirates center fielder Ginger Beaumont hit one his way. Team captain and left fielder Fred Clarke singled to left and Leach singled to center, driving in Beaumont.

Neither team scored in the fifth or sixth.

In the top of the seventh, Sebring hit the ball to center field for an inside-the-park home run.

It was only in the bottom of the seventh that Boston finally got on the scoreboard. Back-to-back triples by Freeman to right field and Parent to left produced the first run. Parent tagged and scored on a fly ball to left field by first baseman Candy LaChance.

Leach tripled again in the top of the eighth but was caught stealing home.

Boston added a third and final run in the bottom of the ninth. Buck Freeman reached on an error by Wagner. He ran to third on a single by Parent. And LaChance hit another fly ball to left field, allowing Freeman to score. The final was 7-3. The game took one hour and 55 minutes.

“The Bostons lack the snap and vim displayed by the three-time National League champions,” wrote the Pittsburg Post, adding that Phillippe was “the whole cheese.”11 Phillippe had struck out 10 Boston batters and walked no one. He gave up just six hits. Cy Young gave up 12 hits and walked three, but the four errors behind him hurt badly, too. “Nothing but a case of the rattles and the splendid pitching of Deacon Phillippe can be held out by Collins’ team as an excuse for their defeat,” proclaimed the Washington Times.12

That said, there was some criticism that Young had been out of shape for the game. Noting that he was “off edge,” and perhaps out of shape, the Boston Globe said he “fell considerably short of his best work, lacking speed, his winning ingredient.”13

Had the game been entirely on the up-and-up? Gambling was rife at the time. Historians Glenn Stout and Richard A. Johnson later wrote, “After recording the first two outs in the top of the first inning, the “Boston Americans, the pride of the American League, played the absolute worst baseball of their three-year existence, handing the game to Pittsburgh in a manner that seemed suspicious then and seems even more so now. The very first game of the very first ‘world’s series’ was, in all likelihood, thrown by Boston.”14 This wasn’t just speculation years later. The very next day’s Boston Post reported that “many around town last asked last evening if Boston lost on purpose.”15 The same paper had a large story headlined, “$50,000 Wagered on Game,” and reported in some detail the odds, and the number and size of bets placed.16

That Phillippe struck out 10 in the game caused some suspicion on that score alone; he averaged 3.8 strikeouts per nine innings over the course of the 1903 campaign. Never once from 1901 through 1911 did he strike out as many as 10 in any regular-season game. But he was on a roll. He also won Game Three and Game Four of the 1903 Series, both of them nine-inning wins as well.

Veteran Boston Globe sportswriter Tim Murnane didn’t seem to harbor any dark thoughts: “After the game one club looked just as good as the other, the difference was in the pitcher’s box.”17

There was a sizable and lively contingent of rooters from Pittsburgh at the grounds for Game One.

In addition to the sources cited in the Notes, the author also consulted Baseball-Reference.com, Retrosheet.org, and a number of other sources, including the following:

1 The Pennsylvania city was spelled with an “h” at the end, other than for a period of about 20 years (1891-1911). Other than this one first acknowledgement of it often being spelled “Pittsburg” at the time of the 1903 World Series, we will spell it Pittsburgh throughout. For a bit of background on the spelling, see James Van Trump, “The Controversial Spelling of ‘Pittsburgh,’ or Why the ‘H’?” Pittsburgh History and Landmarks Foundation, December 21, 2000, at phlf.org/2000/12/21/the-controversial-spelling-of-pittsburgh-or-why-the-h/.

2 The agreement is described and reproduced in, among other places, Bob Ryan, When Boston Won the World Series (Philadelphia: Running Press, 2003), 59-61.

7 He had gone trapshooting “and the rifle recoiled into his shoulder.” Louis P. Masur, Autumn Glory (New York: Hill & Wang, 2003), 51. Holding him back one more day seemed advisable.

8 Described by the Boston Herald as “the greatest outpouring of baseball lovers the city has ever known,” considerable space was devoted to description of how packed the grounds were, with spectators even sitting atop the left-field fence. Ropes were stretched across the outfield from left to right, to hold back the fans who were accommodated on the field itself. “The Pittsburgs Victorious in Opening Game of Series,” Boston Herald, October 2, 1903: 1, 8.

9 It was an interesting feature of the game that there were five triples and not one double.

10 Criger’s throw to center field was one that two Boston area authors questioned in a 100th anniversary book on the 1903 Series; they also cited Criger not cutting down Wagner, running on a “badly-bruised leg,” and the error made by Ferris. They did note that Wagner had stolen 46 bases during the regular season and quoted Jimmy Collins as acknowledging, “I guess a few of the boys were rather nervous. Criger doesn’t often throw to centerfield.” Andy Dabilis and Nick Tsiotos, The 1903 World Series (Jefferson, North Carolina: McFarland, 2004), 67-73.

11 John H. Gruber, “Pirates Wallop the Beaneaters,” Pittsburg Post, October 2, 1903: 12. The headline writer may have simply been using the generic “Beaneaters” to refer to Bostonians and not Boston’s National League baseball team, which was commonly referred to by that name from 1883 through 1906.

16 Roger Abrams suggested some reasons to question Stout and Johnson’s inference, among them that “the Pittsburgh ‘sports’ seemed unwilling to place bets until they saw the clubs play each other.” He added, “Frankly, it seems contrary to character for Cy Young to be involved in such disreputable activity.” Abrams, 93.