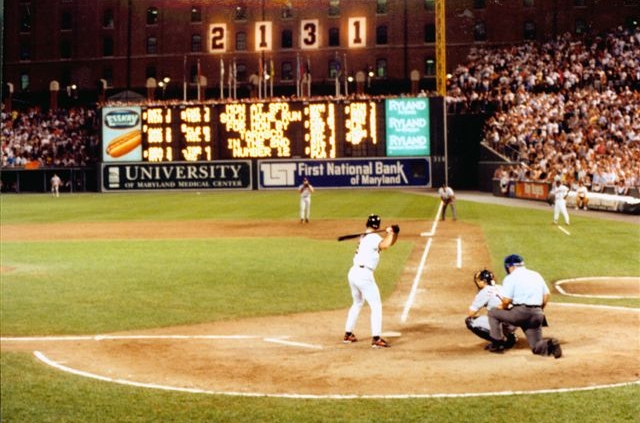 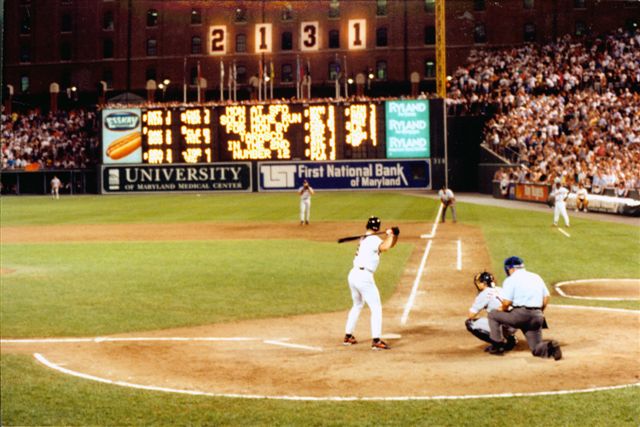 Cal Ripken Jr.’s 2,632-consecutive-game streak is one of the most famous numbers in sports. Often forgotten is that Ripken also compiled an amazing record for consecutive innings played. The New York Times, the Washington Post, and even the Orioles themselves claimed that Ripken once played 8,243 consecutive innings without sitting out, spanning June 1982 to September 1987.1

The entry is not in any record book. We don’t know whose mark Ripken broke, nor the names of the other men with long marks.

This article presents the top such streaks in Major League history. It turns out that Ripken did not play in 8,243 consecutive innings. It was even longer: 8,264 innings without being replaced.

Ripken set the all-time record on August 31, 1985, when he completed the first inning against the Mariners. It was his 5,153rd inning in a row, besting George Pinkney’s mark of 5,152. Pinkney had set the mark over six seasons from 1885 to 1890, playing mostly in the American Association.

Pinkney’s record had lasted for 95 years. For comparison, when Ripken played in his 2,131st consecutive game in 1995, Lou Gehrig’s streak of 2,130 games had existed for a mere 56 years. Also, whereas 46,272 people were in attendance when Ripken surpassed Gehrig (and millions more watched on television), a mere 21,472 fans saw Ripken break Pinkney’s streak.

The streak finally ended on September 14, 1987. Ripken played the first seven innings and batted in the top of the eighth, but he was replaced in the field by future manager Ron Washington. By then, Toronto was already up 17-3 and had hit nine home runs. When Ripken’s manager (who was also his father) was asked why he pulled Cal from the game, he said, “What the hell — he couldn’t hit a twenty-run homer.” 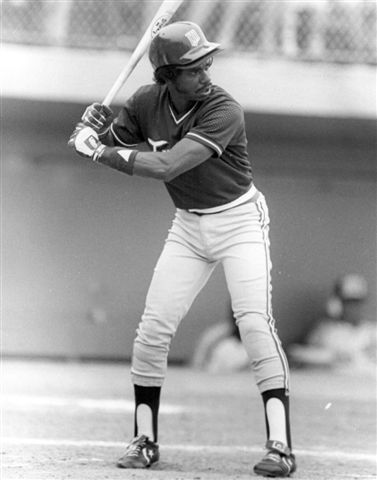 Candy LaChance and Buck Freeman were the most frequent names I came across. After research, I confirmed that LaChance indeed compiled one of the longest streaks in major league history: 3,873 innings from 1902 to 1905.

Perhaps most amazingly, I discovered that even Ripken’s total was incorrect. It was reported as 8,243 for twenty-five years, but no one had bothered to double-check the total. Thanks to Retrosheet and Tom Ruane’s help, I confirmed that 8,264 inning was the correct total. 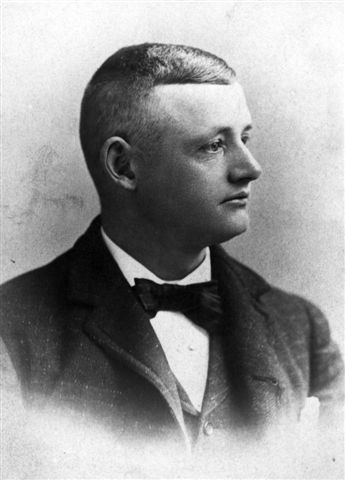 Until 1985, George Pinkney held the record for consecutive innings played with 5,152 in a row. The record lasted for 95 years. (NATIONAL BASEBALL HALL OF FAME LIBRARY)

Now, a note on my calculations. A player was given credit for a full inning played unless he was replaced during any part of that inning. When Ripken’s streak ended on September 14, 1987, he batted in the top of the eighth inning but was replaced in the field in the bottom of the eighth. Since he did not play the entire eighth inning, he was credited with only seven innings for that contest.

Gardner did play in the ninth inning on August 26, 1920, but he was replaced part-way through by another player, and so I did not give him an inning played. The purpose of these rules is to ensure that we are finding streaks where the player was never taken out of the game — the ultimate kind of iron man streak.

Similarly, if the bottom of the ninth was not played, or if an extra-inning game ended with less than three outs, the player was credited with one full inning so long as he was not replaced. For simplicity’s sake, I avoided awarding fractions of innings.2 After all, if the home team does not bat in the ninth inning, we still say it was a nine-inning game.

Even if we count only half-innings, or innings actually played in the field, we still do not come up with the 8,243 number that has been reported for years. It likely is just a product of the era — it was calculated the same day that Ripken’s streak ended in 1987, when there was no easy way to count innings except by hand, and no easily accessible compendium of games from previous seasons. Today we have the benefit of every game being computerized.

After many months of research, the numbers are still not 100% complete. For instance, Gus Suhr played in at least 4,329 consecutive innings, but he might have completed one more inning on September 30, 1934 (G2), before being pulled — the newspapers of the day just do not say when he was replaced. A similar problem exists for Glenn Wright’s and Buck Freeman’s totals. I have been conservative and credited them with the total I am sure about. As one last interesting note, Wright is the only person on the list who began his career with such an amazing streak.

I have listed below the details of all men who played in 2,500 or more consecutive innings. “CG” means how many complete games he played during the streak, with a separate column for any “partial” games at the beginning or end of the streak.

We see that Ripken holds the record by 60.4% over Pinkney, which is considerably greater than the 23.5% by which Ripken beat Lou Gehrig’s 2130 consecutive game streak. It seems as though “8264” should be Ripken’s most famous number, rather than “2632.”

TRENT McCOTTER is Vice Chairman of the SABR Records Committee. He is also an attorney living in Washington, DC, having previously worked for Judge Lanier Anderson on the U.S. Court of Appeals in Georgia. His research interests include hitting streaks and correcting errors in baseball’s statistical records. This is his seventh article to appear in the “Baseball Research Journal”.

Bob Davids, Bill Deane, Sean Forman, Marty Friedman, Tom Ruane, Dave Smith, and Tim Wiles. If any readers can supply details for Suhr’s, Freeman’s, or Wright’s streaks (or any other streaks I might have somehow missed), please contact me through the SABR directory.