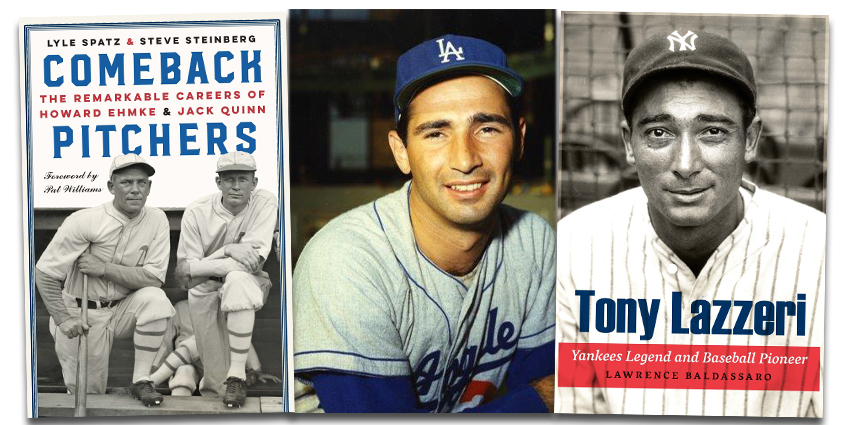 The 2022 SABR Baseball Research Awards, which honor outstanding research projects completed during the preceding calendar year that have significantly expanded our knowledge or understanding of baseball, have been awarded to:

Baldassaro is a professor emeritus of Italian at the University of Wisconsin at Milwaukee, and a frequent contributor to SABR publications.

Chetwynd is an award-winning journalist who has worked for USA Today, The Hollywood Reporter, and U.S. News & World Report, and a former professional baseball player in the United Sates and Europe.

Spatz and Steinberg are both three-time recipients of this award, having won together in 2016 for their book, The Colonel and Hug: The Partnership That Transformed the New York Yankees. Steinberg won in 2018 for his book, Urban Shocker: Silent Hero of Baseball’s Golden Age. Spatz also won in 2002 with David Vincent and David W. Smith for The Mid-Summer Classic.