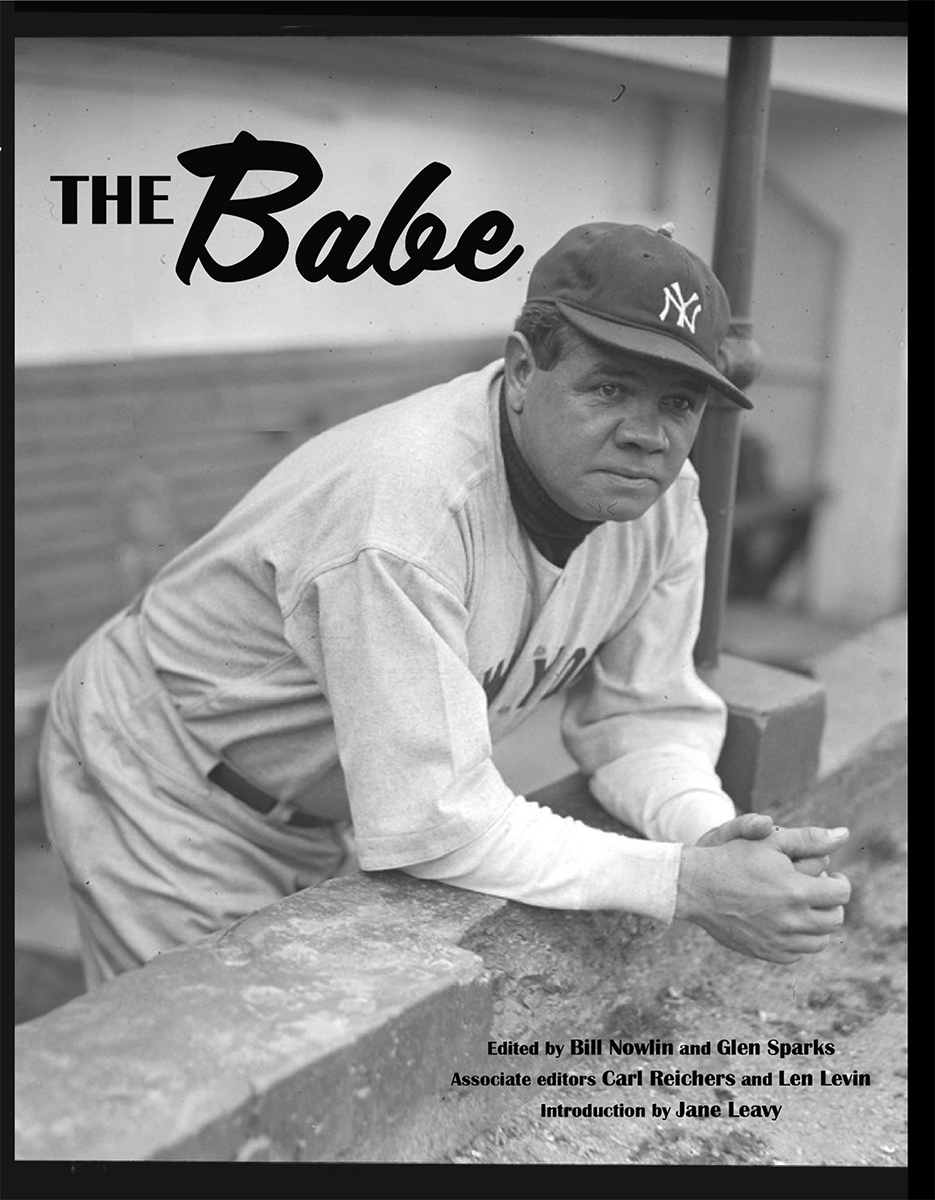 Time to call your shot and add our newest SABR Digital Library baseball book to your collection:

Babe Ruth thrilled baseball fans with his tremendous home-run swing. He made friends—and some enemies—with his loud, larger-than-life personality. The list of books about Ruth could fill a few bookshelves. Most recently, SABR awarded the prestigious Seymour Medal to Jane Leavy for her 2018 biography entitled The Big Fella, and she contributes the introduction to this book we call The Babe.

A baseball book published under that title is quite naturally about the great slugger for the New York Yankees, who led the American League in home runs 12 times and lived life large during the Jazz Age.

This book includes the contributions of over 50 SABR members: 30 articles, plus accounts of 50 notable games from The Babe’s career. He hit tape-measure long balls, fought with managers, won more than 90 games as a pitcher, and gave time and money to children’s charities.

In no way is this an exhaustive last word on Babe Ruth. That might be an impossible chore. We do believe this book will help readers get a fuller picture of baseball’s most fabled figure, a man still famous today and still revered in the game he loved.