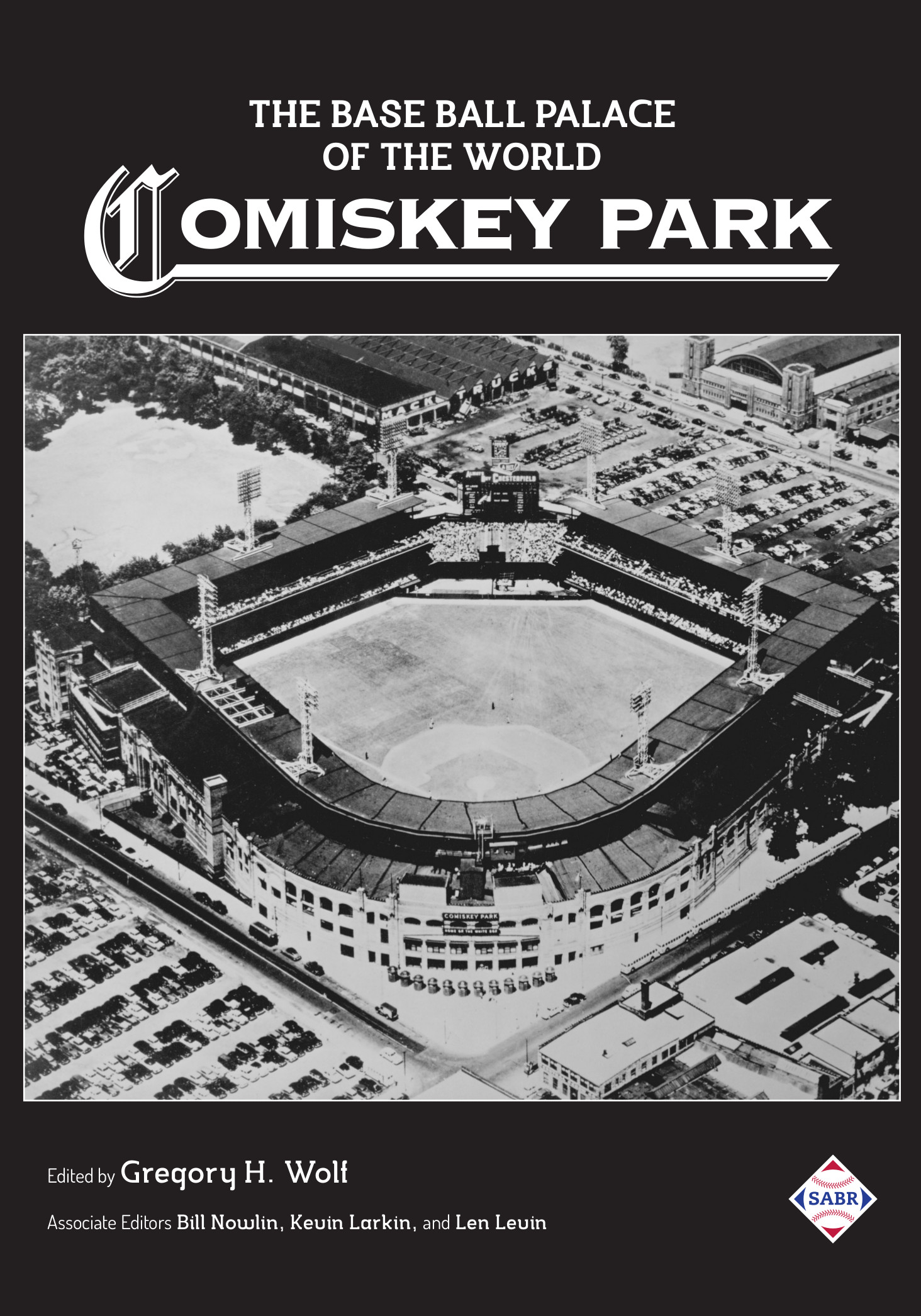 Fire up the pinwheels and add a baseball book to your collection with our newest title from the SABR Digital Library:

Comiskey Park, affectionately known as the “Base Ball Palace of the World,” was the home of the Chicago White Sox for parts of nine decades, from 1910 to 1990. Despite being built on the site of a former dump, the ballpark’s address was one of baseball’s most iconic. At the intersection of 35th Street and Shields Avenue, it sat in the Armour Square neighborhood on the near-southwest side of the city.

The Base Ball Palace of the World: Comiskey Park is our humble volume which aims to evoke memories of the storied ballpark and introduce others to its exciting history through detailed summaries of more than 80 games played there and several feature essays. The volume is a collaborative and tireless effort of 50 SABR members.

Among the gems presented in this book we have Big Ed Walsh’s no-hitter in 1911, several Negro League contests including the 1933 East-West All-Star Game, the 1919 and 1959 World Series, Disco Demolition Night, the 1933 and 1983 MLB All-Star Games, and many more.