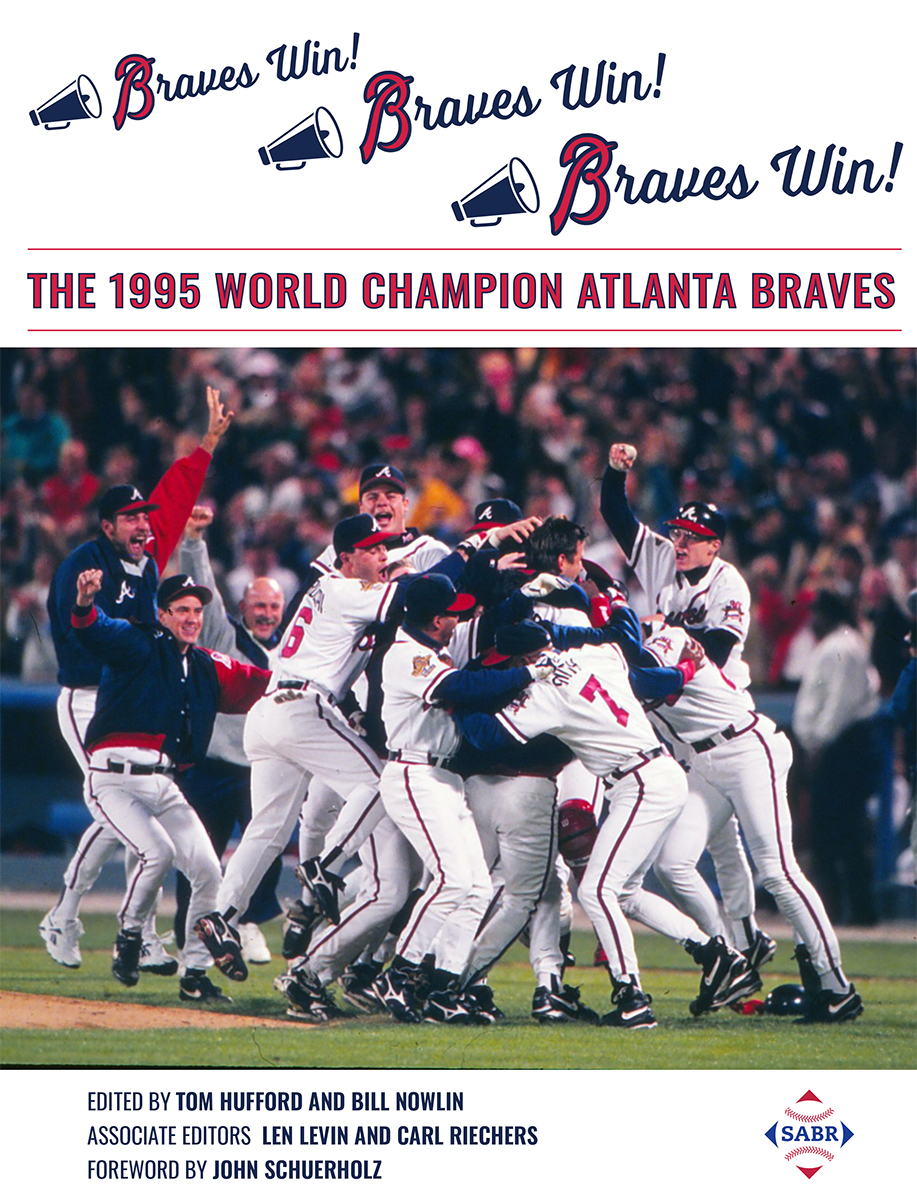 It has been 25 years since that magical night in Atlanta, October 28, 1995, when the Braves became the first team in any professional sport to give Atlanta a world championship.

Braves Win! Braves Win! Braves Win! The 1995 World Champion Atlanta Braves presents biographies of each of the 40 players who took the field in a Braves uniform in 1995. Many had long and successful big-league careers, and for others their time in The Show was brief. But they all contributed to that championship season, and they all have interesting stories. Nine players made their major-league debuts with the 1995 Braves, and for three team members, that season marked the end of their big-league careers.

Four members of the 1995 Atlanta Braves — Tom Glavine, Chipper Jones, Greg Maddux, and John Smoltz — along with manager Bobby Cox and general manager John Schuerholz (who wrote the book’s foreword) have been enshrined in the National Baseball Hall of Fame and Museum, in Cooperstown, New York.

This book from the SABR Digital Library features exciting stories of the 10 most notable games of the 1995 season, and not all were in the postseason, as you might have thought. You will find behind-the-scenes stories of many of the Braves’ front office personnel, who worked tirelessly, both at the major-league and the minor-league levels, to mold a championship organization. Not all are familiar names, but each played an integral part in making the Atlanta Braves the team they are today.

What this 1995 team accomplished was the pinnacle of a nearly 30-year run of excellence for the Braves, and that tradition continues.