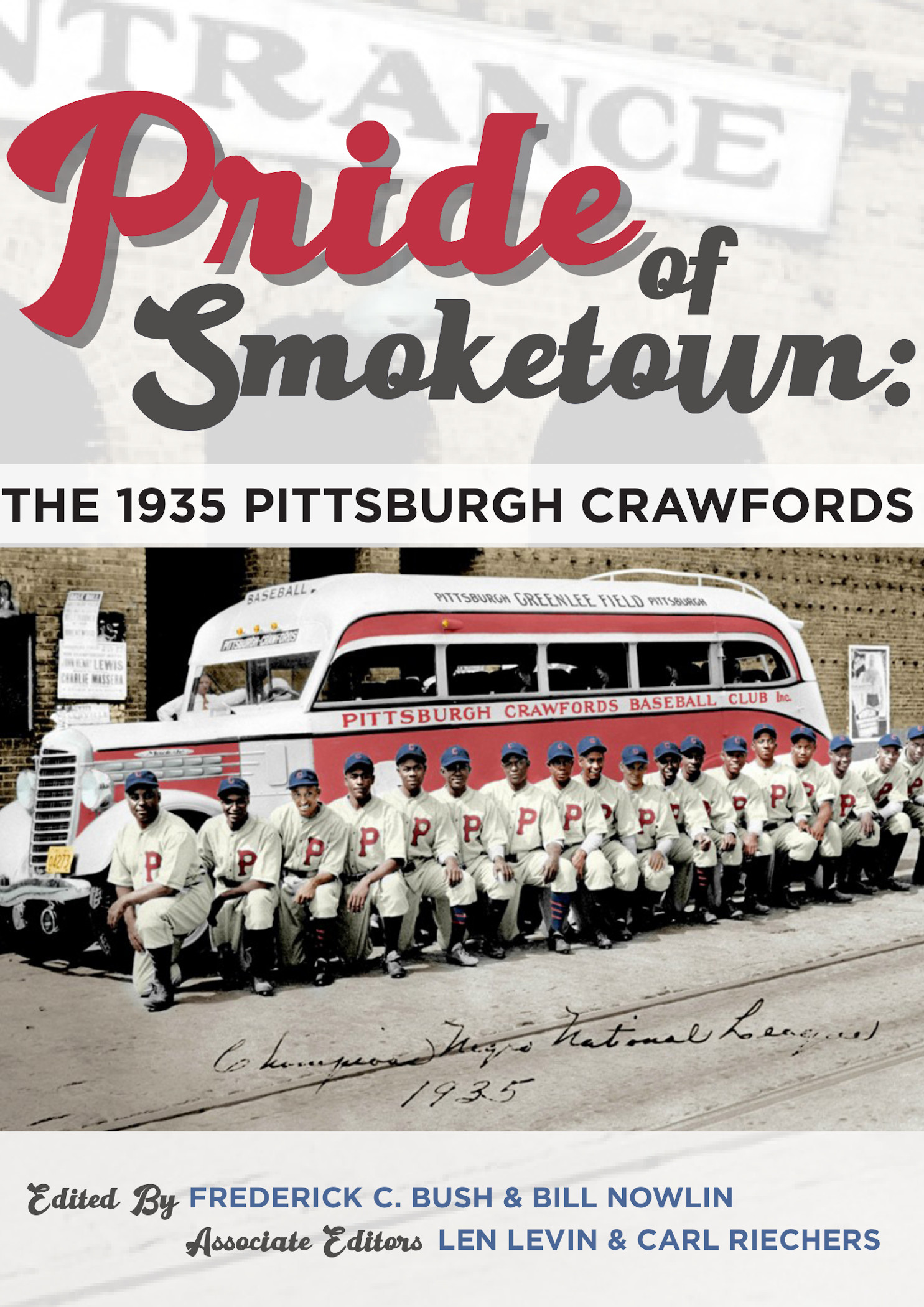 The 1935 Pittsburgh Crawfords team, one of the dominant teams in Negro League history, is often compared to the legendary 1927 “Murderer’s Row” New York Yankees. The squad from “Smoketown” — a nickname that the Pittsburgh Courier often applied to the metropolis better-known as “Steel City” — boasted four Hall of Fame players in outfielder James “Cool Papa” Bell, first baseman/manager Oscar Charleston, catcher Josh Gibson, and third baseman William “Judy” Johnson. The team also included such stalwarts as Sam Bankhead, William Bell, Jimmie Crutchfield, Andrew “Pat” Patterson, Leroy Matlock, and Sam Streeter. With a roster full of such illustrious stars, it is easy to see why the Crawfords were dominant. Nonetheless, the team unexpectedly had to scratch and claw its way to the Negro National League pennant by defeating the New York Cubans in a thrilling seven-game championship series.

This book includes articles on the players from the 1935 squad, as well as one who was absent. The Crawfords might have dispatched the Cubans more easily had they retained the services of pitcher Satchel Paige, a fifth Hall of Famer who had been a member of their 1934 squad. However, Paige and Crawfords owner Gus Greenlee were at odds and Paige shunned the Crawfords in 1935, although his shadow still loomed large over the Pittsburgh franchise. In light of Paige’s prominence and the fact that he had been expected to pitch for the Crawfords, a feature article about his accomplishments in 1935 and a story about his failure to appear for a game at Yankee Stadium in September also are included here.

This volume contains exhaustively researched articles about the players, front office personnel, Greenlee Field, and the exciting games and history of the team that were written and edited by 25 SABR members. The inclusion of historical photos about every subject in the book helps to shine a spotlight on the 1935 Pittsburgh Crawfords, who truly were the Pride of Smoketown.