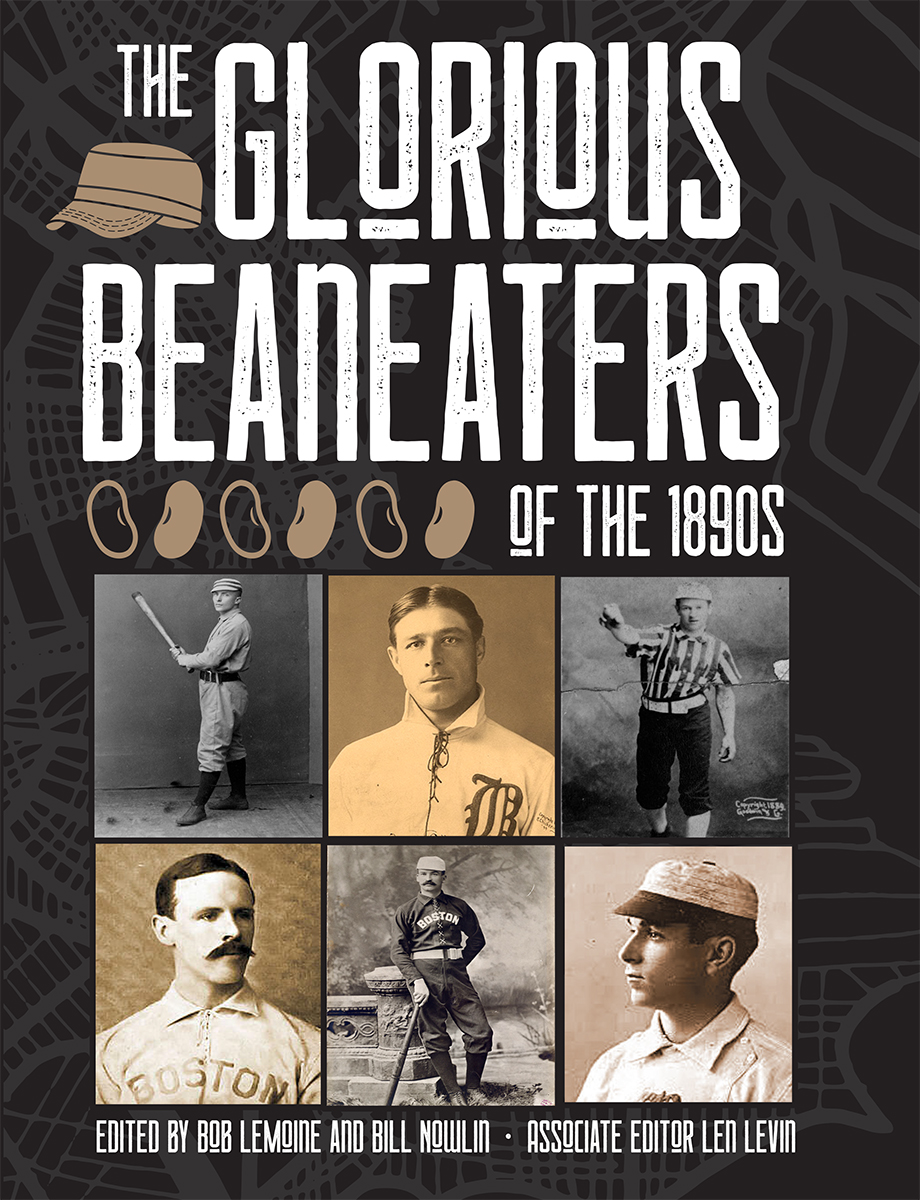 Add a championship book to your collection from the SABR Digital Library:

More than a century has passed since the “glorious Beaneaters” era of Boston’s baseball history in the 1890s. While Boston would soon have a second baseball club that would capture the hearts of New England (the Red Sox), never again would there be such dominance over a decade as the Beaneaters accomplished. The team won five pennants in the decade. Nine of these players are enshrined in the National Baseball Hall of Fame.

This book includes biographies of every player to appear with the team in the 1890s, as well as year-by year-recaps of seasons 1891 through 1899, bios of the owner and manager, articles on the ballparks they played in, recaps of 50 of the team’s most thrilling and historic games, and articles on the team’s impact on pop culture and 1890s baseball.

Legendary manager Connie Mack called that era “a turbulent decade of the so-called roughhouse days in baseball. The Boston Beaneaters were ready for any fray, ever willing to take on the pugnacious Baltimore Orioles and give them a dose of their own medicine.”

“The tumultuous 1890s witnessed a player revolt against high-handed and monopolistic management,” wrote baseball historian John Thorn, “The game was in a period of consolidation, or hibernation, or stagnation; one’s perspective depended upon whether he were an owner, fan, or player.”