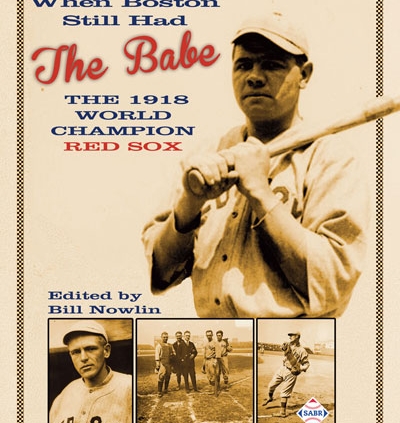 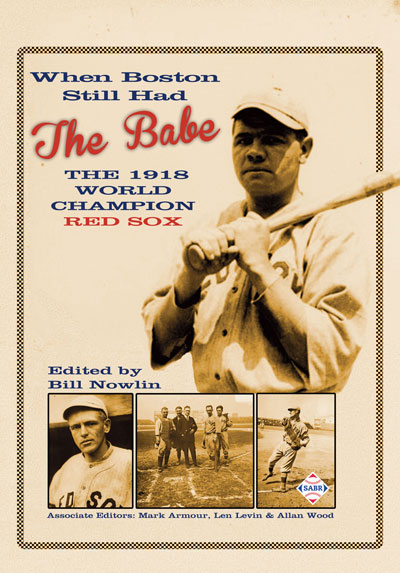 Boston Red Sox fans can commemorate the 100th anniversary of a World Series championship with the newest book from the SABR Digital Library:

Late into the Boston Red Sox’s infamous 86-year championship drought — from 1918 to 2004 — it was nearly taboo to talk seriously about the 1918 team. Some believed the Red Sox were cursed because the year after the Red Sox won their fifth World Championship, Harry Frazee sold Babe Ruth to the Yankees (who went on to win the first of their many titles). The year the Sox had last won it all, 1918, became a sing-song taunt delivered by mocking Yankees fans, and a subject to be avoided.

But 1918 was a fascinating season, played in the shadow of the first World War with dozens of players leaving for military service or war-related work all year long. With superstitions of “the curse” dispelled by the Red Sox return to championship glory in 2004 (and 2007 and 2013) we are free to explore 1918 in full.

In this book, 28 members of the Society for American Baseball Research have compiled the most in-depth look at the 1918 Red Sox ever published. They have unearthed a wealth of information—much of it never seen before—about every one of the 32 players who suited up that year, from Hall of Famers Babe Ruth and Harry Hooper to Red Bluhm, who batted only once. This SABR edition of When Boston Still Had the Babe is newly available to celebrate the 100th anniversary of the 1918 season.