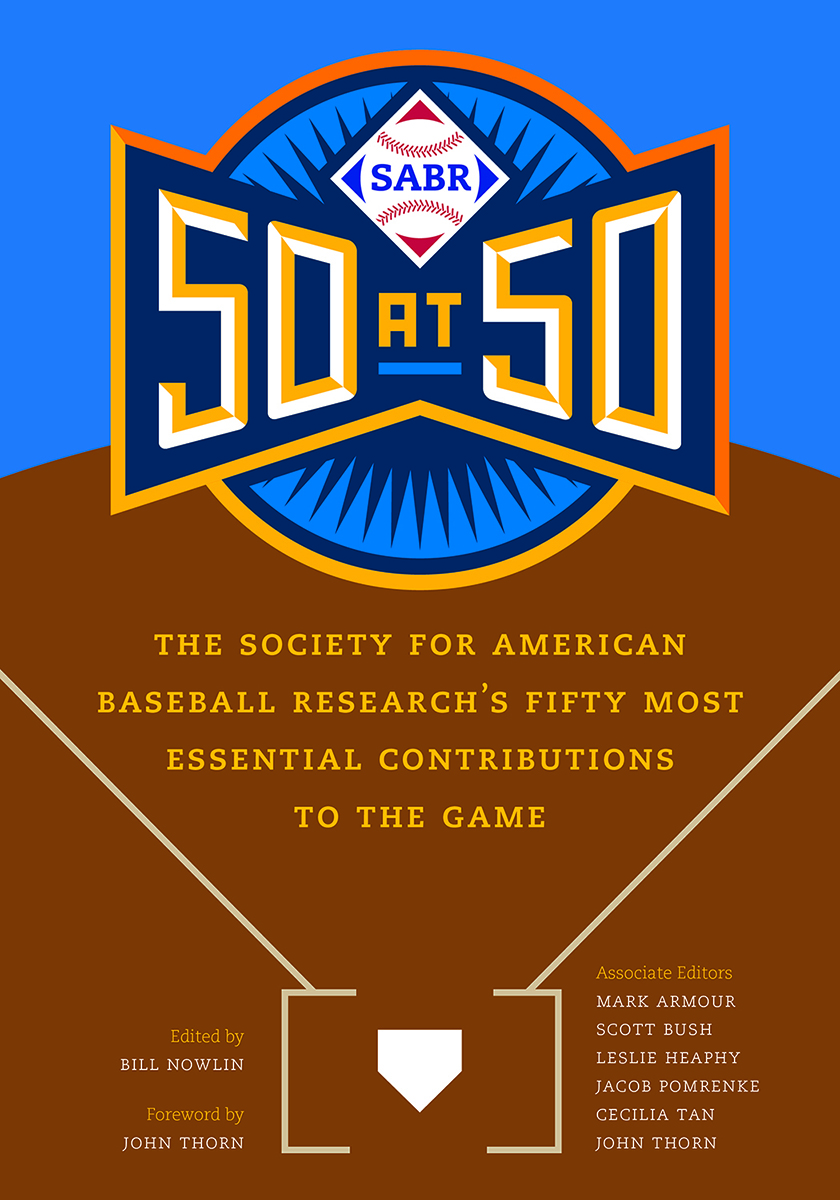 The Pandemic Baseball Book Club hosted a special panel discussion on SABR 50 at 50: The Society for American Baseball Research’s Fifty Most Essential Contributions to the Game with editors John Thorn, Mark Armour, Bill Nowlin, and Leslie Heaphy on September 23, 2020.

The virtual Zoom chat, moderated by Jason Turbow, brings to life the 50 stories in this new anthology book and celebrates the breadth and depth of SABR’s groundbreaking research over the past 50 years.

ON HOW THE BOOK CAME TO BE

ON THE CRITERIA FOR SELECTING STORIES

ON THE CHALLENGES OF EDITING THIS BOOK

ON SOME UNANIMOUS SELECTIONS

ON THE SABR BIOPROJECT

ON REPUBLISHING THE ORIGINAL STORIES

ON THE EVOLUTION OF SABERMETRICS

ON WHY BASEBALL REMAINS SO APPEALING

Click here to order the SABR 50 at 50 book from the University of Nebraska Press.