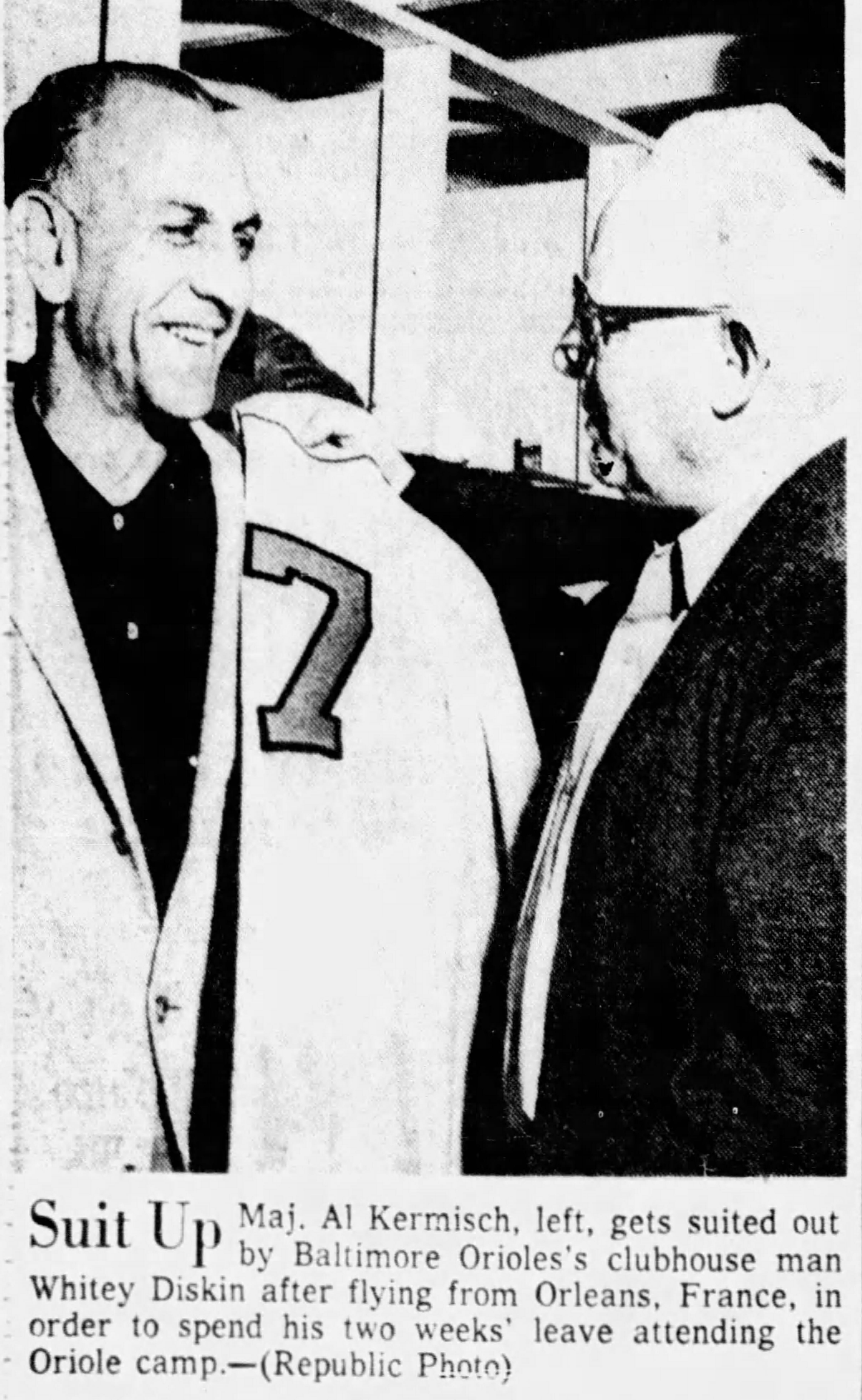 SABR researcher extraordinaire Al Kermisch (1914-2002) wrote the longest running feature, “From a Researcher’s Notebook,” in the history of the Baseball Research Journal. For many years, his work was the final item in each Journal, a purposely designed pleasant ending to anyone’s read. Al’s fans were legion. Broadcaster Keith Olbermann wrote in December 2009: “ ‘From a Researcher’s Notebook’ was my favorite part of the annual SABR Journal — the curious things the late Al Kermisch found, presumably in the pursuit of grander truths. I can’t hope to emulate the quality of Mr. Kermisch’s work but I do hope to touch the curiosity factor with nuts-and-bolts research and whimsy.”

About a dozen longtime SABR members were contacted to elicit a portrait of the man, but not one could remember meeting him other than by mail or phone, and those were a rarity. The only way to learn about Al was to piece together the descriptions of him from various SABR articles and other outlets. Finding them took some work, the kind of puzzle-piece search he would have relished.

Click here for a long-overdue attempt, by Dixie Tourangeau, to put those pieces together and tell Kermisch’s story.

Click on a link below to read early SABR articles by Al Kermisch.