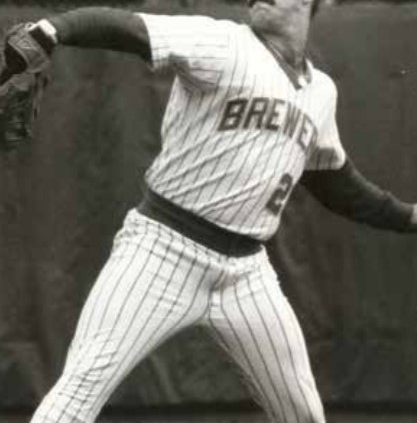 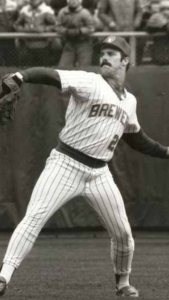 Bob Skube was an outfielder, first baseman, and pinch-hitter who played in 16 games for the Milwaukee Brewers during the 1982 and the 1983 seasons. He batted and threw left-handed. In 32 plate appearances, Skube batted .250 and had nine RBIs, all in the 1983 season. In the late 1970s and early 1980s, Skube was one of the top power-hitting prospects in Milwaukee’s farm system, but a series of knee injuries derailed his playing career. He became a highly respected hitting coach and occasional manager in the Brewers, Texas Rangers, and San Diego Padres organizations.

Robert Jacob Skube Jr. was born on October 8, 1957, in Northridge, California, the son of Robert and Margaret Skube, both originally from Colorado. Robert Sr. served in the US Navy during World War II and settled his family in Simi Valley, a half-hour east of Northridge in Southern California’s San Fernando Valley, and worked as a salesman.1 The younger Skube starred for the Simi Valley Pioneers High School baseball team, a powerhouse program in Southern California that has in subsequent years produced several other major leaguers, including Scott Radinsky, Bryan Anderson, and pitching brothers Jered Weaver and Jeff Weaver. In 1975 Skube led the Pioneers to the championship of the Coastal Canyon League, one of Southern California’s most competitive high-school baseball conferences. Skube was also a standout running back on Simi Valley High’s football team.2

The Atlanta Braves selected Skube in the fifth round of the June 1975 amateur draft. He chose instead to stay close to home, accepting a scholarship offer at the University of Southern California. Skube was a three-year starter in center field for Rod Dedeaux’s Trojans teams of the 1970s. Skube played for the 1978 USC team that won the College World Series, defeating Arizona State in the finals.3

Skube improved his hitting each year at USC, progressing from .265 in his freshman year to .315 by his senior year. In his senior year Skube led the Trojans with 13 home runs and drove in 42 runs. This performance earned Skube USC’s Most Improved Player Award in 1979.4

In 1979 the Milwaukee Brewers selected Skube in the 13th round of the amateur draft. After signing, the lefty spent the summer with the Burlington (Iowa) Bees of the low Class A Midwest League. Skube was the standout on a team that posted a 53-83 record. Splitting his time between first base and the outfield, he hit for a team-high .294 batting average with 9 home runs and 45 RBIs. He had a one-game call-up to the Stockton Ports of the California League, the Brewers’ top Class A affiliate. He spent the 1980 season with Stockton, batting.291 with 19 home runs and 81 RBIs, and earning the Eddie Mulligan Award as the top newcomer in the league.5

A solid performance in spring training in 1982 earned him a spot on the Brewers’ 40-man roster and advancement to the Vancouver Canadians of the Triple-A Pacific Coast League. After batting .279 with 13 home runs and 61 RBIs, Skube got a September call-up to manager Harvey Kuenn’s AL East-leading Milwaukee Brewers.6

Skube played sparingly for Harvey’s Wallbangers, the power-hitting team that withstood a furious charge from the Baltimore Orioles in late September and early October  to win the franchise’s first AL East Division title. Skube played in four games, three as a pinch-hitter and once as a defensive replacement in the outfield. He was 2-for-3 at the plate.7

Skube made his major-league debut on September 17, 1982, in a 14-0 laugher against the New York Yankees. Skube entered the game in the eighth inning, pinch-hitting for designated hitter Roy Howell. The rookie singled to right field off Lynn McGlothen with two outs. He was left at first when Charlie Moore flied out to end the inning. He got his other hit on the 26th while pinch-hitting for second baseman Ed Romero in the eighth inning of a 5-2 home loss to the Orioles. The hit came off perennial All-Star Dennis Martinez. After moving to third on a sacrifice and single, Skube was thrown out at the plate by Baltimore center fielder John Shelby trying to score on Cecil Cooper’s fly out.8

Skube was not on the Brewers’ roster for the American League Championship Series, which Milwaukee won 3 games to 2 against the California Angels, or the World Series, which Milwaukee lost in seven games to the St. Louis Cardinals. Out of spring training in 1983, Skube was named to the Brewers’  Opening Day roster, but was optioned to Vancouver on June 5 after getting into only 12 games.9

Those 12 games were Skube’s last in the major leagues. One of his five hits was a bases-loaded, two-out triple off the Texas Rangers’ Mike Smithson in the sixth inning of a 6-3 Brewers victory on May 8.

Skube played in 40 games for the Vancouver Canadians in 1983, batting just .209. Bone chips in both of his knees were causing him debilitating pain. On July 31 he had arthroscopic surgery on both knees, bringing his 1983 campaign to an end.10

After his playing days ended, Skube became a minor-league hitting coach and manager, working in the Brewers, Rangers, and Padres organizations.

In addition to the sources cited in the Notes, the author also consulted baseballalmanac.com, baseball-reference.com, and various newspapers.