From the Editor
The response to Volume 1, Number 1 was so prompt that Number 2 is already out. This one includes a report from our director, Mark Armour, a guest column from Chris Rainey, and a profile of Emily Hawks.

One thing I didn’t receive was a suggestion for the name of the newsletter, so I picked one even though I think it sucks. If you can come up with something better, let me know.

From the Director
Ten years ago, even five years ago, when a new committee member asked me who to research first, I would say, “Who was your favorite player as a child? Try that guy.” There are a lot of options when you have 18,000 available major leaguers, and it was very likely that the person for whom you had a hankering was going to be free.

This is no longer true. We still have 15,000 major leaguers to go, but our first 3,000 have done a fair job of skimming off the top. The more successful the project is, the more great work we do, the less great work there is to do for the people who come along later. If you are between 40 and 80 years old, our website does a great job of covering the great players of your childhood. If you want to write about those guys or start a book about one of those teams, chances are you are too late.

As one illustration, I made a list of the top position players from 1950 through 1980 according to WAR (using Baseball-Reference.com’s Play Index). Of the top 50, we have written 47. The missing players are Bobby Bonds, Cesar Cedeno, and George Brett (who is assigned). If you prefer pitchers, you might have better luck, since Don Drysdale and Mel Stottlemyre are still out there, and a few others.

If you prefer researching the game before World War II, things get a little better, but our coverage of star players is pretty strong all the way back to the 1870s.

But there are a lot of great stories out there still. We still have less than 20 percent coverage, and there are still a lot of star players of a more recent vintage. You want to do a book on the 1996 Yankees, who broke an 18-year curse? The club is nearly wide open. Step right up.

What Happens When the Info Looks Right but Is Wrong
Guest columnist: Chris Rainey
My first bio topic was Bumpus Jones and I worked on him on and off for 10 years. That was a serious labor of love. As I approached the end of my teaching career, the BioProject was starting up. After retirement I found myself with plenty of time for research and also discovered an increasing number of online sources for newspapers, etc. By the winter of 2013-14, I was in full production mode. Specializing in players who had brief careers, I was turning them out in record time. Record time for me that is, nothing like the conveyor belt of bios that Bill Nowlin has going. That’s when I tackled Joe Wyatt and found out that even if you see it in print, it may not be gospel truth.

I went about Wyatt in my usual fashion. I got the questionnaire from the Hall of Fame, located an obituary, printed out his Baseball-Reference file, and visited ancestry.com. Then I searched various newspaper sources to fill in his career information. I even contacted Wabash College for additional background. It all went fairly smoothly and he was submitted to the editorial process. A short while later, it was published on the BioProject site and I gave myself a pat on the back and took on my next subject.

A few weeks later my wife took a phone message from the SABR headquarters in Phoenix. When I contacted them, I was given the name and number for Cyrilla Wyatt. Cyrilla was Joe’s eldest daughter and now lives in the Dallas area. I had heard from other relatives about bios, thanking me for the work and the info I turned up that they had not known. I phoned Cyrilla expecting a similar kind of conversation. Boy, was I wrong!!

Cyrilla had seen Joe’s bio as it first appeared and she wasn’t in it. The 1940 census can be found under Larial Wyatt Jr. (Joe was actually Lorial John Wyatt). The census lists a Janice C on the form but ancestry.com named this person Jennie C. in their notes. My BIG mistake is that I failed to look carefully at the actual census. Trust me, I look carefully at the actual census now! Furthermore, the Princeton, Indiana, Daily Clarion obituary listed the daughters as Jarvis, Joetta, and Kim. I blindly followed the ancestry.com note and used “Jennie” for the eldest child. Cyrilla is Janice Cyrilla Wyatt; she goes by her middle name. She gruffly asked “Who is this Jennie?” STRIKE ONE!

The 1940 census also listed Wyatt as living in Lewisville or Louisville (both are written in), Henry County, Indiana, in 1935. My wife grew up in Lewisville, Indiana, so I thought this was an amusing coincidence and noted that as Joe’s location. Joe actually was in Louisville, Kentucky, in 1935. You can imagine Cyrilla’s comments about that choice. STRIKE TWO!  To make matters worse I listed his marriage as Feb. 4, 1935 because that’s what he had on his HOF questionnaire. Turns out he missed the correct date by nearly three years. STRIKE THREE!

I was feeling like a total schmuck by this time. How could I possibly have screwed up so badly? I had to turn on what little charm I had left and explain to Cyrilla where I found my information. As we talked it became clear that she loved her father unconditionally and she wasn’t that mad at me. In truth she is a wonderful gracious lady with a wide-ranging knowledge and life experience. She just wanted everything to be correct. For the next few weeks we collaborated. She made phone calls to county clerks in Indiana and sent me an email on April 22, 2014 proclaiming a solution to the marriage date. Joe had actually wed on February 11, 1932. He missed that one by a mile. I should have known not to trust him when he had his birthday wrong on the HOF questionnaire. Missed that by three years, as well!

A few weeks later I received a large package from Texas. Cyrilla had made copies of family photos, newspaper articles and college photos of Joe, and even pictures from the Scottish Rite that Joe headed. She included notes describing each of the items. She ended her letter with, “Lovingly Submitted.” Cyrilla dearly loves that man, even 45 years after his death. Armed with all this insight we did a rewrite on the last decades of Joe’s life, and that is what now appears on the BioProject site. She likes the new version, but if she had her way Baseball Reference would have a picture of her dad with a smile on his face. I think a 1924 shot from Wabash College is her favorite.

Cyrilla and I keep in touch by email. Just the other day she told me some more stories about Joe’s hunting exploits. We discuss family pets and events in our lives. I get pictures of the flowers she has growing, and I worry about the weather in Texas and whether she got flooded this summer. To hear her talk those storms never reach her neighborhood. Cyrilla detests the parched soil of Texas. She checked in with me recently just as we were making the move from Lebanon, Ohio, to Oxford, Ohio. I think her “sixth sense” told her something was up. We met under a cloud but have a warm, wonderful friendship now.

Project Profile: Emily Hawks
Emily Hawks, who also answers to Em or Emmi, is a member of the SABR Board of Directors and is also leading modern initiatives for the BioProject with an immediate focus of getting biographies for players on upcoming Hall of Fame ballots (she has done Ken Griffey Jr. and Edgar Martinez). “The idea is that we will a) have bios ready to post in the event that a player is elected, and b) the bios will be available during the debate period, as discussions about candidacy start to heat up. With modern players, the challenge is often that you can dig up too much information, and it can be hard to synthesize what’s worth including and what should be weeded out. I think creating an outline or a storyboard can be helpful in those instances, so you don’t drown in the details.”

Emily was born in raised in Boise, Idaho, moved to Tacoma for college, and not only stayed in the Seattle area but lured her parents, Jim and Joy, and sister, Caitlin, to Seattle and has converted them into “suffering Mariners fans.” She is thinking about adopting a rescue dog rather than a spouse and/or kids.

She blames TBS for making her a Braves fan from Idaho and, as a result, an admirer of Greg Maddux, Tom Glavine, and John Smoltz. Because of this, her folks took her to see the Braves at the nearest National League park—only 640 miles away in San Francisco. “So I saw my first game at blustery Candlestick Park when I was 11. Maddux pitched, and the Braves lost. I was devastated sufficiently that my parents took me back the next day, and Glavine redeemed them with a win.”

The most memorable game she attended was the 2001 All-Star Game in Seattle. “It was Cal Ripken’s last one, and he homered and won the MVP. There were also eight Mariners selected to the squad that year—the same year they won 116 games. Though if I’m honest, the highlight was probably Tommy Lasorda’s tumble in the third base coach’s box.”

There is more to Emily than just user analytics and baseball: “I’m a big beer fan, and you can often find me sampling at one of Seattle’s gazillion microbreweries. I love dogs, and at any given time am likely dogsitting for someone. I volunteer with Big Brothers Big Sisters of Puget Sound and have an awesome Little Sister named Alina who keeps me on my toes. I’ve been vegetarian for about 15 years, though not a healthy one (I have a weakness for carbs in any form).”

As for advice, Emily says, “I enjoy reading the bios that give a lot of color around who the person is. I can always find a player’s stats on Baseball Reference, so what really makes a bio memorable is when they share a story I may not have otherwise heard. When tackling a bio, I think it’s helpful to set little goals along the way. I think a lot of people get discouraged by the enormity of the task at times—covering the entirety of a player’s life from his career to his personal life is no easy feat! But if you just set a small daily goal of, say, writing about one year in a player’s career, it becomes much easier to progress forward. And if you are looking to write your first bio, I think it helps to pick a player you are genuinely interested in. That makes the research phase a whole lot more fun.” 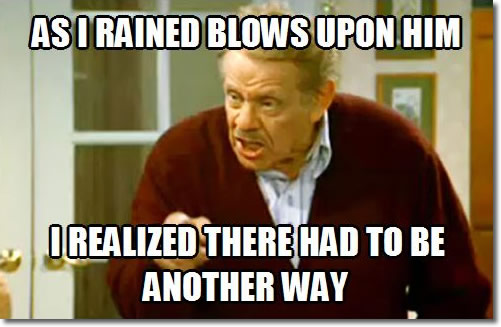 And how the hell could you trade Jay Buhner?