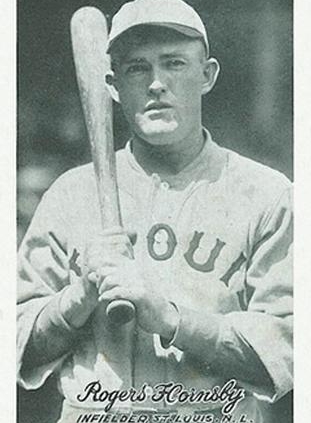 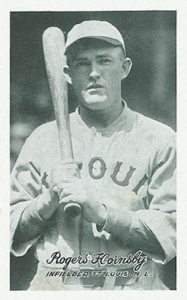 St. Louis Cardinals fans had little reason to cheer during the Deadball Era of 1901 to 1919. The Cardinals posted nine consecutive losing records from 1902 to 1910, and they produced only four winning campaigns – never two in a row – during the entire era. Five of the19 seasons ended with St. Louis at the bottom of the National League.

But spring 1922 seemed different, and St. Louis fandom was eager for play to begin.1 A seventh-place finish in 1919 had been followed by fifth in 1920 and third in 1921. As Harry F. Pierce of the St. Louis Star and Times quipped, “Thus, it is quite evident that if they follow their own rule of progression, St. Louis will own a pennant. …”2

The optimism surrounding Opening Day was based on more than mathematical progression, though. In 1921 St. Louis had fallen 10 games under .500 in May before it “shook off the shackles of defeat”3 to become the league’s best team in the closing weeks.4 Its 45-19 log from July 27 to the end of the season far outpaced that of every other team. The Cardinals’ final 87-66 mark represented the franchise’s highest win total since 1889,5 and left it trailing only New York (94-59) and Pittsburgh (90-63).

The key performers from the Cardinals’ late-season surge returned, except for catcher Pickles Dillhoefer, who died unexpectedly of complications from typhoid fever in February 1922 at the age of 28. Most important for manager Branch Rickey, the St. Louis batting order again included Rogers Hornsby – a colossus of the batter’s box – who in 1921 stood atop the NL in eight offensive categories.6

The Cardinals roster featured “a whale of a punch,”7 good infield defense, and the best bunch of outfielders in the league.8 One lingering question was the pitching staff, which lacked a star, but had several reliable arms. Was the pitching good enough to carry St. Louis to its first pennant since it joined the National League in 1892?

Opening Day, April 12, was festive. The stands at Sportsman’s Park were draped in American flags, and a brass band entertained patrons before the game and between innings. Manager Rickey and outfielder Austin McHenry – whose .350 batting average in 1921 trailed only Hornsby and Cincinnati’s Edd Roush in the NL – were greeted at the ballpark with floral arrangements. Louis P. Aloe, president of the St. Louis Board of Aldermen, tossed the ceremonial first pitch, which eluded Missouri’s Lieutenant Governor Hiram Lloyd and rolled to the grandstand.9

On a sunny but chilly afternoon, a crowd of approximately 18,000, including 200 horn-tooting members of the Optimist Club, was on hand.10 It was the biggest turnout for the Cardinals’ home opener since 1913.

Pitching honors went to two left-handers: Bill Sherdel got the ball for the Cardinals, and Wilbur Cooper, the Pirates’ ace, opposed him. Assigning Cooper to the Opening Day start was expected since he had finished 22-14 in 1921, tying Brooklyn’s Burleigh Grimes for the most wins in the NL.

But many fans would have been puzzled by Sherdel’s selection. He was coming off a nine-win season in which 30 of his 38 appearances had been out of the bullpen. Then again, Sherdel had twice started against Pittsburgh the previous September, and he had won both times. According to sportswriter Martin J. Haley, “Rickey had been pointing Sherdel to this day for several weeks.”11

In the opening frame Sherdel retired the Pirates on a fly ball, grounder, and foul popup, and then settled back as his teammates gave him the lead. Gainer walked with one out. Milt Stock slammed a single over second base, just out of the reach of diminutive shortstop Rabbit Maranville, and Gainer proceeded to third. Hornsby singled, scoring Gainer, and sending Stock to second. Hornsby was forced at second on Joe Schultz’s grounder, and Stock advanced to third. Schultz raced to second on a passed ball, and both he and Stock scored on McHenry’s single to right, making it 3-0.

The Cardinals added four runs in the fourth. The rally started when McHenry walked, and was sacrificed to second by Specs Toporcer. Verne Clemons also walked, and Sherdel’s bunt went untouched between the mound and third base for a hit, filling the bases.

Pittsburgh answered with a run in the fifth despite a baserunning blunder. Johnny Mokan singled down the left-field line and made the turn at first, looking for a double. McHenry threw to Toporcer covering second, who tagged Mokan several feet short of the bag.12 Charlie Grimm re-ignited the rally by doubling off the left-field wall, and dashed to third on Johnny Gooch’s infield out. Grimm scored when Cooper lined a single.

In the top of the seventh, Hornsby took a throw from center fielder Mann, fired “a lightning fast and perfect relay”13 to Stock at third, and nipped Mokan, who was attempting to stretch a double into a triple. Mokan laced three of Pittsburgh’s seven hits, but was twice thrown out on the basepaths.

Hornsby made it 8-1 in the bottom of the seventh when he launched one of Cooper’s fastballs far into the left-field bleachers for a home run. Pierce of the St. Louis Star and Times described it as one of the longest drives ever seen at Sportsman’s Park.

St. Louis added its final runs the next inning, with Gainer again supplying the big hit. After Cooper retired the first two Cardinals, Sherdel slapped his second single of the afternoon, and Mann also singled. Gainer tallied his fourth and fifth RBIs when he doubled down the first-base line, and both runners scampered home.

Sherdel threw only nine pitches in the ninth to close out the Pirates and win, 10-1. After one out, Carson Bigbee singled, but he went no farther. Pie Traynor – on an Opening Day roster for the first time – popped out to Gainer near first, and Mokan flied to Mann in center field, ending the game.

Cooper surrendered 11 hits and 9 earned runs in his eight innings on the mound. He walked four and struck out two. It turned out to be Cooper’s worst outing of a successful season. He posted a 23-14 record with a 3.18 ERA and tossed four shutouts. St. Louis proved to be Cooper’s nemesis, defeating him three more times and losing to him just once.

Sherdel relied on a fastball, curve, and change of pace, throwing 121 pitches, 80 of them for strikes.14 It was the first of Sherdel’s 17 wins for the Cardinals, a figure second only to Jeff Pfeffer’s 19.

For Del Gainer, his first National League game was a triumphant return. He had not appeared in a major-league contest since September 17, 1919, with Boston. Gainer was valuable throughout the season, pinch-hitting, playing first base or the outfield, appearing in 43 games, and compiling a .268 average, a .360 on-base percentage, and a slugging average of .485. On September 30 Gainer concluded his major-league career with a three-run homer in his final at-bat.

Hornsby’s seventh-inning homer was the first punch in his season-long assault on pitching. He established six National League records: hits (250), doubles (46), home runs (42), runs batted in (152), total bases (450), and slugging percentage (.722).15 Hornsby also led the league in runs scored (141), batting (.401 to complete the Triple Crown), and on-base percentage (.459). Applying modern metrics to Hornsby’s numbers reveal an OPS of 1.181, and bWAR of 10.1. If you are not already googly-eyed by all his accomplishments, consider this: Hornsby hit safely in 33 consecutive games from August 13 to September 19.16

St. Louis stayed at or near the top of the standings throughout the summer and held first place as late as August 11 before fading. The pennant-bound New York Giants swept three at Sportsman’s Park from August 25 to 27, dropping St. Louis into third place, 7½ games back, and effectively ended the Cardinals’ championship aspirations.

Pittsburgh and St. Louis tied for third in the NL at 85-69, trailing New York (93-61) and Cincinnati (86-68). The Cardinals were undone both by their pitchers, whose 4.44 ERA ranked seventh of the eight NL teams, and by their defense, which committed 239 errors, the most in the league. St. Louis did not capture a pennant, but it could take solace in back-to-back winning seasons for the first time since 1890-91.

The author consulted Baseball-Reference and Retrosheet.org for box scores and other pertinent data and obtained game-day information and descriptions of the play-by-play from newspapers listed in the notes.

5 In 1889 the team was known as the Browns, and played in the American Association.