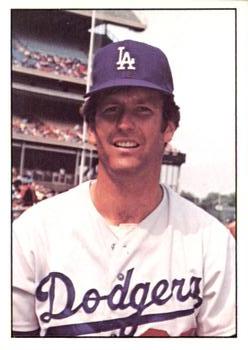 Many surgical procedures or even surgical incisions are named after the surgeons who originally performed them. Having a medical condition named for a patient is uncommon, although silent movie star Rudolph Valentino died of Valentino Syndrome and amyotrophic lateral sclerosis is better known as Lou Gehrig Disease. Of course, if Claude Elliot had a more successful major-league career with the 1904 Cincinnati Reds and 1905 New York Giants, amyotrophic lateral sclerosis might be known today as Claude Elliott Disease.1

It is an exceedingly rare situation for a surgical procedure to be named for the patient. Tommy John is one of these few people — perhaps the only one. The operation to repair a torn ulnar collateral ligament of an elbow using a palmaris longus tendon graft is uniformly known as the Tommy John surgery.

Thomas Edward John’s baseball career threatened to be over on July 17, 1974. At that time, he appeared to be heading for his best major-league season with a 13-3 record and a 2.59 ERA. The Los Angeles Dodgers’ left-hander had a 4-0 lead in the third inning over the Montreal Expos. Leadoff batter Willie Davis singled and Bob Bailey walked. Then, while John was pitching to Hal Breeden, disaster occurred. The Chicago Tribune the next day merely reported, “The Dodgers lost pitcher Tommy John when he pulled a muscle in his left arm while making a pitch in the third inning.”2 He was replaced by Geoff Zahn.

Unfortunately, the newspaper was very wrong. On August 22, 1974, John said, “I was pitching to Hal Breeden. I threw him a fast ball and it felt like two bones had come apart. I walked off the mound immediately. They don’t know too much about this kind of injury so there was no timetable they can give me. But if I’m lucky, I’ll be pitching by the second week of September and I’ll pitch in the playoffs and World Series. I wouldn’t say I’m hopeful. Confident is more like it. I’m throwing about three-quarter speed now. It will be about two more weeks before I’ll cut lose. If it’s all right, I can start pitching right away.”3

However, in 1983 John recalled this as the “strangest sensation I had ever known,” and his pitching arm went suddenly dead. “Right at the point where I put force on the pitch, the point where my arm is back and bent, something happened,” he explained. “It felt as if I had left my arm someplace else. It was as if my body continued to go forward and my left arm had just flown out to right field, independent of the rest of me. There was no pain nor any ‘pop’ sound. However, “the ball, meanwhile, ‘blooped’ to the plate, coming in well out of the strike zone. John got the ball back from his catcher, wondering what was going on.”4

No one realized it then, but Tommy John would not pitch in another major-league game until April 16, 1976.

On July 19, 1974, the New York Times reported, “The Dodgers also announced that Tommy John (13-3) has been placed on the 21-day disabled list. John ruptured a ligament in his pitching (left elbow) against Montreal Wednesday night.”5

John went through multiple evaluations including one by orthopedic surgeon Dr. Frank Jobe, who had operated on John’s elbow several years previously to remove bone chips. Resting did not help his elbow. He initially did not want surgery. He pitched some batting practice but noted, “I’m throwing about three-quarters speed now. It will be about two more weeks before I cut loose. If it’s all right, I can start pitching right away.”6 he was much too optimistic.

He finally felt that he had no choice. Dr. Jobe explained that if the ulnar collateral ligament was completely torn in its middle, standard surgery would not help. Previously, there had been unsuccessful attempts at surgically repairing ulnar collateral ligaments using the transfer of the anterior oblique ligament. However, replacing the ligament with a piece of tendon from John’s right wrist could potentially satisfactorily repair it. This had not been tried before — Tommy John was the guinea pig for Tommy John surgery.

On September 25, 1974, Dr. Jobe and his team removed the right palmaris longus tendon from his wrist and used it for reconstructing the ruptured ligament.7 The operation appeared successful although John did develop significant scarring around the ulnar nerve in the left elbow which compressed the nerve, caused contraction of his hand muscles, and required another operation to release the nerve and allow the hand muscles to recover.8

Tommy John missed the entire 1975 major-league season. He did pitch in the Arizona Instructional League that fall. The Chicago Tribune noted, “Tommy John, the Los Angeles southpaw … threw three innings Tuesday in which a Dodger official called an ‘outstanding performance.’ John pitched the first three innings of a game against farm players from the California Angels and did not allow a hit or walk. He struck out 3 and all the others were on ground balls.”

“It was an outstanding performance whether it was in the Instructional League or not,” said [Dodgers general manager] Al Campanis.9 Unfortunately for John, his spring-training pitching experience and pitching activities were significantly reduced because of an owners’ lockout of players. Camps were scheduled to open March 1, 1976.10 However, it wasn’t until March 17 that Commissioner Bowie Kuhn ordered them opened.11

On April 4, 1976, the Dodgers and Angels concluded their annual Freeway Series by playing a 3-3 tie in a rain-halted game. Tommy John started and yielded only one run and five singles plus four walks in his six innings. Two unearned runs off Charlie Hough in the ninth inning deprived him of the win.12 “He was voted the winner of the Lefty Philips Memorial Award as the outstanding pitcher in the three-game set.”13 The 1976 season was ready to start. He had faced his first big-league batter in an exhibition game at St. Petersburg and then worked in two more exhibitions, including the Freeway Series, then was scheduled to pitch in the Dodgers’ first home series, on April 12 against the Padres.”14 The game was rained out and John was rescheduled for April 16 against the Atlanta Braves.15

On Friday evening, April 16, 1976, at Atlanta-Fulton County Stadium, in front of 15,825 people, 639 days (1 year, 8 months and 30 days) after his July 17, 1974 game, Tommy John made his official return to the major leagues.16 After the Dodgers went down one-two-three in the top of the first inning, John faced Rowland Office, who grounded out, as did Jerry Royster. Darrell Evans and Jim Wynn walked. Then Ken Henderson made an out to the catcher.

The Braves’ fourth was one-two-three: Lacy and Pocoroba grounded out and Chaney flied out. The score was still Dodgers 0, Braves 0.

The fifth inning was a problem for John. Although Ruthven grounded out to start it, Office and Royster singled. Then Tommy “hung a curve to Evans who hit it over the right-field fence,” making it a 3-0 game.17 Wynn reached on an error by DeJesus but was forced by Henderson. Lacy flied out to end the inning. John was relieved by Rick Rhoden to start the Braves’ sixth and the Braves went three up, three down. Ron Cey opened the seventh inning with a triple and Joe Ferguson walked. Pablo Torrealba replaced Ruthven on the mound. After Steve Yeager was called out on strikes, Ivan De Jesus grounded to third. Cey was tagged out trying to score and De Jesus reached first base. Pinch-hitter Manny Mota walked, but Bill Buckner grounded out to Evans at first base to end the inning.

In the bottom of the seventh, Mike Marshall came in to pitch for the Dodgers; outside of Office getting on base by an error on Steve Garvey, the Braves were again, three up, three down. The Dodgers’ eighth inning had a single by Dusty Baker, but Garvey hit into a double play. The Braves’ eighth inning featured wasted singles by Pocoroba and Chaney as Torrealba struck out to end the inning.

The Dodgers had another rally in the ninth inning. After Cey struck out, Ferguson singled, Yeager walked, and De Jesus reached first on an error to load the bases. Ellie Rodriguez batted for Marshall and singled Ferguson home. But Buckner struck out and Ted Sizemore flied out to end the game. The Dodgers lost, 3-1.

While Tommy John did lose the game, it really was an amazing pitching performance. However, the next day Dodgers manager Walter Alston informed him that he would get only one more chance to prove he still could pitch at a major-league level.18 He proceeded to pitch seven scoreless innings against the Houston Astros on April 21 but did not get the decision.

In addition to the sources cited in the Notes, the author made much use of Retrosheet.org.