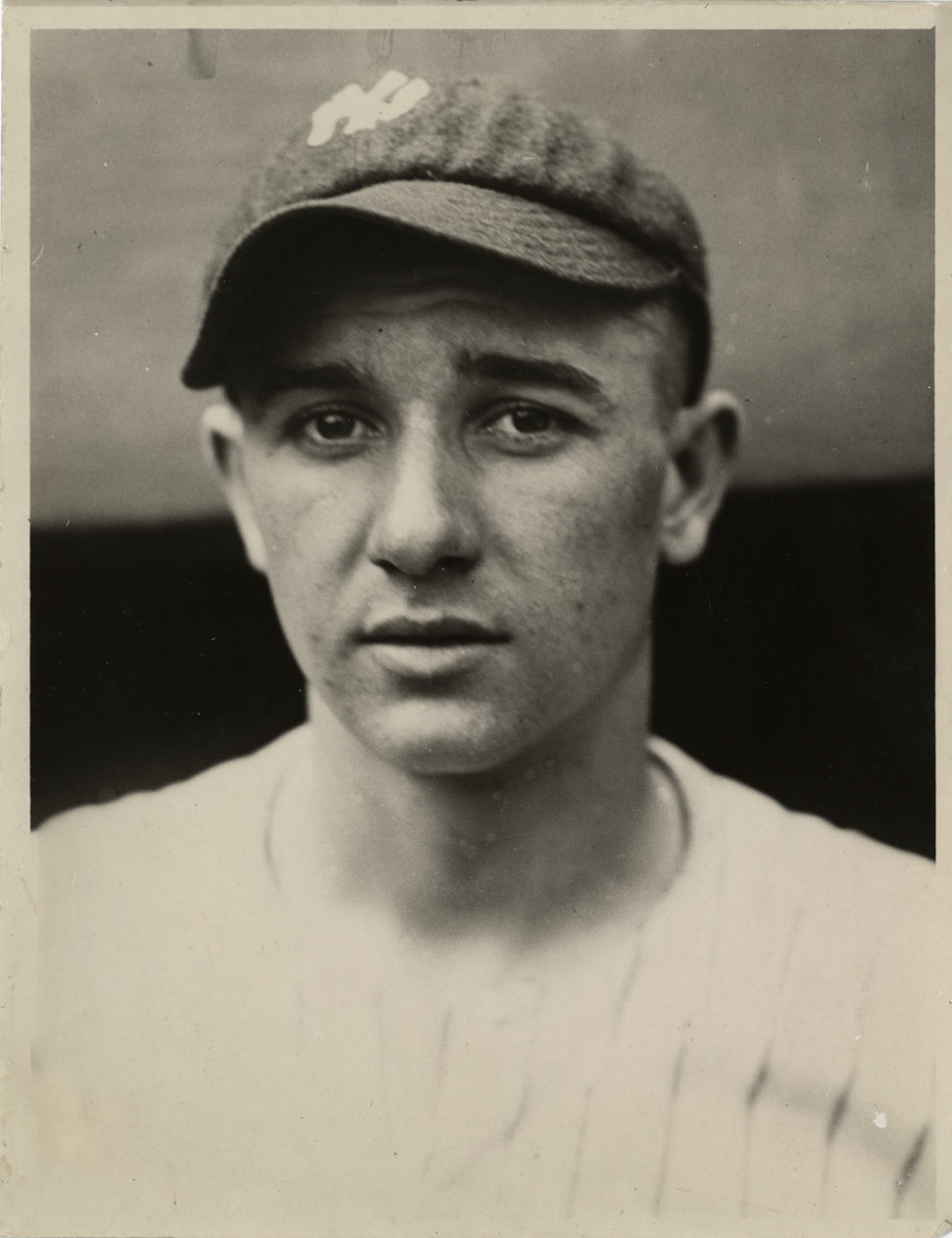 Of course, a “baseball hall of fame” was a theoretical proposition in 1921, as the institution we know as the National Baseball Hall of Fame and Museum wasn’t established for another 15 years. And you won’t find Harry Biemiller’s name on a plaque there, as he pitched only 28 big-league games over parts of two seasons.

Still, a century later, the feat that set everyone buzzing remains worthy of respect. In the third game of the International League season, Biemiller threw the first no-hitter of 1921 at any level of professional baseball4 as his Jersey City Skeeters topped the Buffalo Bisons, 1-0. It was the IL’s first no-hitter since August 8, 1919, when Rosy Ryan turned the trick for Buffalo against Reading, and the IL’s last until July 29, 1924, when Claude Satterfield of Toronto blanked Jersey City.5

The eight-team International League of 1921 was one of three leagues at the Double-A level, then the highest level of minor-league play.6 It bore a few points of resemblance to the International League of the twenty-first century, including the presence of teams from the stalwart IL cities of Buffalo, Rochester, and Syracuse, New York. Manager Patsy Donovan’s Jersey City club had leapt out to a fast start, beating Buffalo in the first two games of their season-opening series.7 Jersey City fans weren’t used to seeing winning baseball, as their team had gone 56-93 in 1919 and 62-91 in 1920, and the early success was already beginning to fire their enthusiasm.

Biemiller, a 24-year-old right-hander from Baltimore, began his career as an infielder before his strong arm got him moved to mound duty.8 He’d shown enough promise to be picked up by the Washington Senators at the tail end of 1920. He went 1-0 with a 4.76 ERA in five games, including a 6-4 complete-game win over future Hall of Famer Waite Hoyt and the Boston Red Sox on September 6. The Senators returned him to Jersey City after the season. The Sporting News was unimpressed by his big-league stint, reporting, “He was, on the whole, a disappointment … though he did some very creditable work at times.”9

Eight players who appeared for Jersey City in 1921 also played in the majors at some point. In addition to Biemiller, five others were in the lineup on April 22. Frank Kane, a Federal League veteran who had also played for the Yankees, played right field. Second baseman Cliff Brady had played 53 games with the Red Sox in 1920. Harry Damrau, six years removed from his only big-league season, played third base. Binky Jones, a Brooklyn Dodger for 10 games in 1924, played shortstop. And Norm McNeil, a member of the Red Sox for five games in 1919, hit eighth and caught.10

Buffalo manager Hooks Wiltse started Dick McCabe on the mound. A 25-year-old righty from Mamaroneck, New York, McCabe was beginning his eighth pro season. His journeyman career had included three games with the Red Sox in 1918,11 and he resurfaced in the big leagues for three more games with the Chicago White Sox in 1922.

Twelve other members of the Bisons also appeared in the major leagues — including manager Wiltse, who won 139 major-league games in 12 seasons with the New York Giants and the Federal League’s Brooklyn Tip-Tops, and appeared in four games as a batter for the 1921 Bisons at age 41. Seven of these players started on April 22: center fielder Frank Gilhooley; right fielder Ed Barney; first baseman Ed Miller; third baseman Bill McCarren; second baseman Snooks Dowd, who went seven years between major-league appearances; shortstop Chick Keating, who went 11 seasons between major-league appearances; and catcher Benny Bengough, who later played on four12 World Series-winning teams with the Yankees.13

News accounts differed somewhat when assessing Biemiller’s pitching. The Morning Express reported that he “showed up in sensational form, having the best in control and assortment of curves that blocked every Buffalo attempt to connect for a safe hit.”14 The Enquirer, in contrast, said that Biemiller worked his way into a few trouble spots but “showed rare heaving ability in pinches.”15 One such jam arose in the second inning. Leadoff hitter McCarren drew one of the four walks surrendered by Biemiller, and Dowd reached on a throwing error by Brady to put runners on first and second with none out. Biemiller retired the next three Bisons hitters — left fielder John Jacobs, Keating, and Bengough — to stifle the rally.16

Buffalo’s other best chance developed in the seventh inning, again with McCarren leading off. Jersey City third baseman Damrau threw wildly on McCarren’s grounder, sending him to second base. Dowd reached on an attempted sacrifice as Biemiller threw to third to retire the lead runner. Jacobs followed with a walk. But the rally ended there, as Keating struck out and Bengough popped out to the infield.17

Bengough ended two rallies at the plate, but made up for it with slick fielding. Jersey City catcher McNeil began the bottom of the third with a single, and right fielder Kane did the same to lead off the fourth. Bengough picked both of them off with sharp throws to first baseman Miller, providing “the fielding sensation of the game” and potentially saving runs for pitcher McCabe.18

Jersey City broke through for the game’s only run in the sixth inning. Left fielder Joseph Stapleton, playing his third and final pro season, hit McCabe’s first pitch for a double. One batter later, Kane’s third single of the day, to right field, scored Stapleton. Jersey City collected six other hits off McCabe, but they were “widely scattered,” according to the Enquirer.19 The New York Times’s game account said he “twirled through eight frames in safety.”20 McCabe walked two and struck out four over the course of a complete game.

Available news accounts do not list the attendance of the game, nor do they provide details of the final out. We know from the box score, though, that this pitchers’ battle wrapped up in a scant 1 hour and 35 minutes. It’s also apparent from game reports that the victory raised Jersey City’s support for the Skeeters to a fever pitch. The Buffalo Times reported: “Little old Jersey City is baseball nuts today. … Three victories in a row and a non-hit, no-run game as a climax is enough to put any town daffy.”21

Ideally, the baseball “cranks” of Jersey City enjoyed success while they had it, because it didn’t last. The Skeeters ended the 1921 International League season in seventh place with a 59-106 record, continuing their run of putrid play. To add insult to injury, a wind and rain storm of “almost cyclonic proportions” tore the roof off Jersey City’s home ballpark and knocked down fences on September 30, less than a week after the end of the season.22 Buffalo finished in third place at 99-69.23

Biemiller posted an 11-20 record with a 3.20 ERA in 1921. He continued pitching and spent the 1925 season with the Cincinnati Reds, where he went 0-1 with a 4.02 ERA in 23 games. After two more seasons in the minors, he left baseball, becoming a police officer with the Baltimore Police Department. Biemiller retired to Orlando, Florida, in 1950, and died there in May 1965. His death notice, echoing the praise from the long-ago Buffalo newspapers, included the phrase: “He is listed in the Baseball Hall of Fame.”24

6 The other two were the American Association and the Pacific Coast League.

7 International League standings as published by the Buffalo Courier, April 22, 1921: 11.

10 Team members who reached the majors but did not play on April 22 were Joe Lucey and Dewey Metivier.

11 According to his SABR Biography Project bio by Nicole DiCicco, McCabe also served as the Red Sox batting practice pitcher in 1918.

13 Buffalo team members who reached the big leagues but did not play on April 22 were Harry Heitmann, Tom Rogers, Jack Sheehan, and Walt Tragesser.

15 “Jersey Pitcher Too Much for Wiltse’s Crew.”

18 “Jersey Pitcher Too Much for Wiltse’s Crew.”

19 “Jersey Pitcher Too Much for Wiltse’s Crew.”