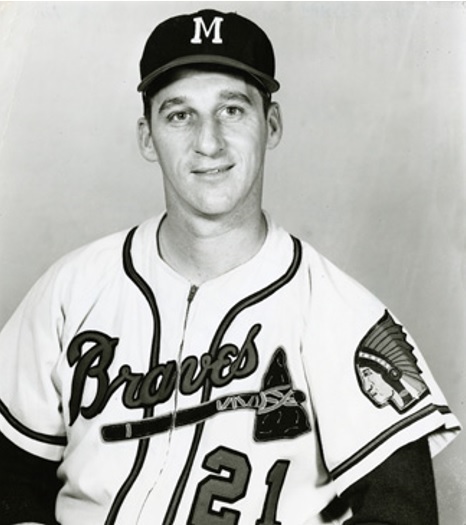 It was barely the third week of the 1961 season. A meager crowd of 8,518 fans huddled together in the confines of Milwaukee’s County Stadium, braving the cold weather. Their reward was witnessing Warren Spahn’s second career no-hitter. Five days after his 40th birthday, Spahn took the mound and pitched a gem, blanking the Giants in a 1-0 pitchers’ duel, facing the minimum 27 batters. Afterward, Spahn quipped, “It’s a crazy, wonderful world.”1

The temperature on that Friday morning started at 7 degrees. It snowed during the day, and by the time the game started, the mercury was up to 38 degrees. Yet the 40-year-old hurler from Buffalo, New York, was masterful against the impressive San Francisco lineup, which included All-Stars Willie Mays, Willie McCovey, Harvey Kuenn, Orlando Cepeda, Ed Bailey, Felipe Alou, his brother Matty Alou, and the opposing pitcher, Toothpick Sam Jones. Jones had a 21-year professional career that included playing in the Negro Leagues and in four Caribbean countries. In 1961 he would win 8 and lose 8, with a 4.49 ERA.

Spahn, making his third start of the season, retired the first three batters 1-2-3 in the top of the first, striking out Willie Mays to end the inning. In the home half of the inning, Roy McMillan flied out to left field and Frank Bolling singled. Bolling moved to second on a passed ball by Giants catcher Ed Bailey. Eddie Mathews struck out, but Hank Aaron shot a single to right and Bolling scored. Sam Jones retired Mel Roach on a popup to the second baseman, but the damage was done. The Braves’ run would be the only one of the game.

Spahn struck out Willie McCovey to start the second and retired left fielder Orlando Cepeda and right fielder Felipe Alou on fly-ball outs. Jones was equally impressive in the second. After walking first baseman Joe Adcock, Sam struck out the side, fanning Charlie Lau, John DeMerit, and Spahn. Spahn returned the favor, striking out Jones in the top of the third after retiring Bailey on an unassisted grounder to first and shortstop Jose Pagan on a popup to third.

In the top of the fourth inning, Chuck Hiller worked a four-pitch walk, the first Giants baserunner. Kuenn grounded a screwball back to Spahn, who started a pitcher-to-shortstop-to-first double play. Then Spahn struck out Mays for the second time. Four innings, 12 batters, 12 outs.

In the top of the fifth inning, it was déjà vu all over again. This time, McCovey led off for the Giants and walked on four pitches. Cepeda grounded a ball back to Spahn, who flipped to McMillan at second, starting another 1-6-3 double play. Both times a Giants batter had reached via a walk, Spahn had eliminated any threat with a double play he started himself. Felipe Alou grounded out to end the inning.

Spahn retired the Giants in order in the sixth, seventh, and eighth innings. In the top of the ninth Al Spangler replaced Mel Roach in left field. Bailey lifted a ball into foul territory on an 0-and-2 count. It drifted over near the San Francisco dugout where Spahn’s batterymate, Charlie Lau, dropped it for an error. “I called for it all the way,” the reserve catcher said in the clubhouse. “When I dropped it, I don’t remember just what I thought, but I didn’t start breathing again until Bailey struck out.”2   Bailey fouled off four consecutive pitches before Spahn decided enough was enough and struck him out for the Giants’ 25th out of the game.

Matty Alou pinch-hit for Jose Pagan and dragged a perfect bunt down the line toward first base. Spahn raced over, scooped up the ball, and shoveled a backhanded toss to first base. Alou was out by half a step. Twenty-six outs without a hit. “It was the only way I could make the play,” recalled Spahn. Braves manager Charlie Dressen agreed, saying, “If he tries to throw with his left hand or even draws back his glove to throw, the guy’s got it beat.”3

Joey Amalfitano came to the plate pinch-hitting for Sam Jones. Spahn worked carefully, but Amalfitano stayed away from two screwballs off the plate. He swung at Spahn’s next offering and grounded the ball to McMillan at short. The ball bounced over his glove, and struck the fielder in the groin. McMillan juggled, recovered, and fired a strike to first base. Adcock squeezed the ball in his mitt and the game was over. Warren Spahn had pitched his second no-hitter. He had faced the minimum of 27 batters.

The game lasted 2 hours 16 minutes. “I wanted Spahnie to pitch a no-hitter so badly,” Lau said, “and my blood pressure rose with every pitch in the ninth.”4  Dressen called this Spahn’s effort “the most perfect game I ever saw, and I’ve been around for six no-hitters. …They didn’t hit a hard ball off him.  Not a good line drive.”5  Unfortunately for Dressen, he Braves would be out of the pennant race by September, costing him his job as manager.

The no-hitter was Spahn’s 290th major-league victory and his 52nd shutout, which increased his National League record for shutouts by a left-hander. At 40 years and 5 days old, he became (at the time) the second oldest pitcher to throw a no-hitter, behind Cy Young. He struck out five and walked two as his ERA dropped to 0.96 for the young season. Spahn was 39 years old when he pitched his first no-hit game, just six starts earlier, on September 16, 1960, at County Stadium against the Philadelphia Phillies.

After the Giants game, Spahn told a reporter, “I wasn’t as nervous in the ninth as I was last time. After all, how nervous can you get?”6  To another sportswriter he remarked, “This is ridiculous. A fellow my age shouldn’t be pitching no-hitters. … Here I pitch 15 years in the National League and don’t get a no-hitter. Then, bingo, I’ve got two. How do you figure it?”

In his next start, on May 3, Spahn beat the Los Angeles Dodgers on a two-hitter, surrendering only a pop-fly double in the third and a two-out single in the ninth. He walked two and faced only 31 batters.

The 290 wins put Spahn within 10 victories of becoming only the sixth pitcher in modern baseball history to win 300 games. He got those 10 wins, joining Cy Young, Walter Johnson, Christy Mathewson, Grover Cleveland Alexander, Eddie Plank, and Lefty Grove, as well as six nineteenth-century pitchers. (Eleven other pitchers have since joined the 300-win club.) Spahn ended his career with the fifth most victories (363), and the most by a left-hander.

To help commemorate Spahn’s memorable feat, the Braves told spectators they would present them with a small card to “prove they were there on the historic night.”9

In addition to the sources in the notes, the author consulted baseball-almanac.com, baseball-reference.com, retrosheet.org, and sabr.org.