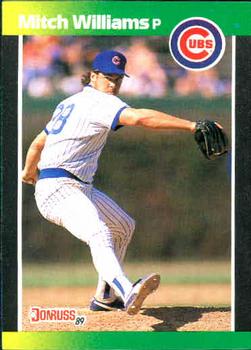 LnRiLWNvbnRhaW5lcltkYXRhLXRvb2xzZXQtYmxvY2tzLWNvbnRhaW5lcj0iNzZiOWUxOWFlYmQ3OGI0NjdiMDRjNjRhY2ZlMzMxNjciXSB7IHBhZGRpbmc6IDA7IH0gLnRiLWNvbnRhaW5lcltkYXRhLXRvb2xzZXQtYmxvY2tzLWNvbnRhaW5lcj0iNjE1MTYzYzM4YmViMmJjZjJiZGM2MDc3N2I0ZWMwOTciXSB7IGJhY2tncm91bmQ6IHJnYmEoIDI0OCwgMjQ4LCAyNDgsIDEgKTtwYWRkaW5nOiAyNXB4OyB9IC50Yi1jb250YWluZXJbZGF0YS10b29sc2V0LWJsb2Nrcy1jb250YWluZXI9ImYxOGJlNWFlZmExYzliYmI1OWExYzYzYTc2NDAzY2MwIl0geyBwYWRkaW5nOiAwIDAgMjVweCAwOyB9IC50Yi1maWVsZFtkYXRhLXRvb2xzZXQtYmxvY2tzLWZpZWxkPSIyNDI5NmU2ZWM2NjQxNzBiOWVlZTJmMTk2MzQxMmFiNyJdIHsgdGV4dC1hbGlnbjogbGVmdDtwYWRkaW5nLWJvdHRvbTogMTVweDsgfSAgLnRiLWZpZWxkW2RhdGEtdG9vbHNldC1ibG9ja3MtZmllbGQ9IjI0Mjk2ZTZlYzY2NDE3MGI5ZWVlMmYxOTYzNDEyYWI3Il0gYSB7IHRleHQtZGVjb3JhdGlvbjogbm9uZTsgfSBoNS50Yi1oZWFkaW5nW2RhdGEtdG9vbHNldC1ibG9ja3MtaGVhZGluZz0iZjMyMDAxMWYyMzhiNDVjOTQ5NDU3ZTk0OWJkNDMxNTgiXSAgeyBwYWRkaW5nLWJvdHRvbTogMTBweDsgfSAgaDUudGItaGVhZGluZ1tkYXRhLXRvb2xzZXQtYmxvY2tzLWhlYWRpbmc9ImYzMjAwMTFmMjM4YjQ1Yzk0OTQ1N2U5NDliZDQzMTU4Il0gYSAgeyB0ZXh0LWRlY29yYXRpb246IG5vbmU7IH0gLnRiLWZpZWxkcy1hbmQtdGV4dFtkYXRhLXRvb2xzZXQtYmxvY2tzLWZpZWxkcy1hbmQtdGV4dD0iZjQ4MDk2YTNmYjE0YmUwYzdkOWRjYzkyNDc1MzBkMjAiXSB7IHBhZGRpbmctYm90dG9tOiAxMHB4OyB9IEBtZWRpYSBvbmx5IHNjcmVlbiBhbmQgKG1heC13aWR0aDogNzgxcHgpIHsgICAgfSBAbWVkaWEgb25seSBzY3JlZW4gYW5kIChtYXgtd2lkdGg6IDU5OXB4KSB7ICAgIH0g
This article was written by
LnRiLWNvbnRhaW5lcltkYXRhLXRvb2xzZXQtYmxvY2tzLWNvbnRhaW5lcj0iNzZiOWUxOWFlYmQ3OGI0NjdiMDRjNjRhY2ZlMzMxNjciXSB7IHBhZGRpbmc6IDA7IH0gLnRiLWNvbnRhaW5lcltkYXRhLXRvb2xzZXQtYmxvY2tzLWNvbnRhaW5lcj0iNjE1MTYzYzM4YmViMmJjZjJiZGM2MDc3N2I0ZWMwOTciXSB7IGJhY2tncm91bmQ6IHJnYmEoIDI0OCwgMjQ4LCAyNDgsIDEgKTtwYWRkaW5nOiAyNXB4OyB9IC50Yi1jb250YWluZXJbZGF0YS10b29sc2V0LWJsb2Nrcy1jb250YWluZXI9ImYxOGJlNWFlZmExYzliYmI1OWExYzYzYTc2NDAzY2MwIl0geyBwYWRkaW5nOiAwIDAgMjVweCAwOyB9IC50Yi1maWVsZFtkYXRhLXRvb2xzZXQtYmxvY2tzLWZpZWxkPSIyNDI5NmU2ZWM2NjQxNzBiOWVlZTJmMTk2MzQxMmFiNyJdIHsgdGV4dC1hbGlnbjogbGVmdDtwYWRkaW5nLWJvdHRvbTogMTVweDsgfSAgLnRiLWZpZWxkW2RhdGEtdG9vbHNldC1ibG9ja3MtZmllbGQ9IjI0Mjk2ZTZlYzY2NDE3MGI5ZWVlMmYxOTYzNDEyYWI3Il0gYSB7IHRleHQtZGVjb3JhdGlvbjogbm9uZTsgfSBoNS50Yi1oZWFkaW5nW2RhdGEtdG9vbHNldC1ibG9ja3MtaGVhZGluZz0iZjMyMDAxMWYyMzhiNDVjOTQ5NDU3ZTk0OWJkNDMxNTgiXSAgeyBwYWRkaW5nLWJvdHRvbTogMTBweDsgfSAgaDUudGItaGVhZGluZ1tkYXRhLXRvb2xzZXQtYmxvY2tzLWhlYWRpbmc9ImYzMjAwMTFmMjM4YjQ1Yzk0OTQ1N2U5NDliZDQzMTU4Il0gYSAgeyB0ZXh0LWRlY29yYXRpb246IG5vbmU7IH0gLnRiLWZpZWxkcy1hbmQtdGV4dFtkYXRhLXRvb2xzZXQtYmxvY2tzLWZpZWxkcy1hbmQtdGV4dD0iZjQ4MDk2YTNmYjE0YmUwYzdkOWRjYzkyNDc1MzBkMjAiXSB7IHBhZGRpbmctYm90dG9tOiAxMHB4OyB9IEBtZWRpYSBvbmx5IHNjcmVlbiBhbmQgKG1heC13aWR0aDogNzgxcHgpIHsgICAgfSBAbWVkaWEgb25seSBzY3JlZW4gYW5kIChtYXgtd2lkdGg6IDU5OXB4KSB7ICAgIH0g
Jeff Allan Howard

With all due respect to the vernal equinox, nothing says “spring is in the air” like Opening Day of the baseball season, and Chicago’s Wrigley Field is a magnet for the annual ritual.

The classic ballyard, nestled in a neighborhood on the north side of the city, rises invitingly above the intersection of Clark and Addison Streets. It lures Cubs fans back every year with hopes of a new beginning.

The venerable old ball field had more luster in 1989. Management gussied up the old gal for her 75th birthday. It was the first full season with light standards adorning the upper deck. Lights had finally been installed in 1988,1 eliminating reliance on natural illumination of the field and allowing the Cubs to finally schedule home night games.

A new press box had been added behind home plate. Private luxury boxes were built where a nondescript catwalk had separated the upper and lower decks. If the lady was now going to embrace evening entertainment, it was essential to upgrade the experience and make it elegant. Other comfort amenities were part of the renovation.2

All this grandeur welcomed the 1989 baseball season as the Philadelphia Phillies visited Chicago on Tuesday, April 4. The game-time temperature was 57 degrees. By Chicago standards for Opening Day, this was rather balmy.3

Neither club had reason to realistically expect anything much for 1989. The 1988 Phillies had ended up in the cellar of the National League East Division, 35 games behind the pennant-winning New York Mets. The Cubs had finished in fourth place, 24 games off the pace.

In fact, Cubs outfielder Andre Dawson said after spring training, “This is not a championship team. Whether it can be competitive remains to be seen.”4

The Cubs did pull off an eight-player trade with the Texas Rangers in the offseason and had just 15 different players on their roster from the 1988 opener.5

A parkful of 33,361 fans showed up to greet Rick Sutcliffe for his fifth straight Opening Day start as the incumbent ace of the Cubs’ pitching staff.

His mound opponent from the City of Brotherly Love was Floyd Youmans, an offseason acquisition from the Montreal Expos. He was making what turned out to be his first and last Opening Day start, in the final season of his career.

The game was scoreless until the bottom of the third, when three consecutive singles from the unlikely combination of Joe Girardi, Sutcliffe, and Jerome Walton brought across the first run of the season for the Cubs. For Girardi and Walton, the singles were their first major-league hits.

The Cubs added two more runs in the fourth when Dawson launched a missile into the left-field bleachers to score Ryne Sandberg, who started the inning with a double. The Cubs led 3-0 after four innings.

Sutcliffe gave up a home run when Darren Daulton led off the fifth. But the Cubs retaliated in the bottom of the frame on three singles to maintain a three-run edge at 4-1.

In the top of the sixth, Sutcliffe loaded the bases with two outs and yielded the hill to rookie Steve Wilson. Pinch-hitter Ricky Jordan lined a single to right field to score two of the three on base. Wilson quickly gave way to Calvin Schiraldi, who induced a groundout to end the frame.

When Phillies relief pitcher Jeff Parrett committed a balk with runners on first and third in the bottom of the sixth, Shawon Dunston trotted home uncontested to increase the Chicago lead to 5-3.6

The game moved to the seventh inning, an inning in Wrigley Field traditionally celebrated with stretching and singing and confirming that Cubs fans do indeed “root root root” for the home team. This day, nothing noteworthy happened as Schiraldi and Parrett retired the sides in order.

Perennial Cubs nemesis Mike Schmidt led off the eighth inning for the Phillies. Schmidt, who once hit four home runs in a game at Wrigley Field,7 launched a towering drive deep into the left-field bleachers to make it a one-run game.8

Schiraldi retired the next batter, but Cubs manager Don Zimmer called Mitch Williams out of the bullpen to get the last two outs of the eighth. He did, after 22 pitches, facing four batters, two of whom he walked.

From his first appearance, Cubs fans sensed it could be a wild ride with Williams and his quirky pitching motion, which often caused him to fall off the mound.9

The home crowd would have welcomed an insurance run in the bottom half of the eighth. They didn’t get it. The one-run game moved to the ninth inning. Williams took the mound again.

Things got tense in a hurry when the Phillies loaded the bases on three fluke hits. “It’s not like he got blasted,” Zimmer said. “There was a bloop, a line drive and a squib.”10

The squib was saved from reaching the outfield by a diving Dunston. It stopped the tying run from scoring.

Schmidt was the next hitter. With a 2-and-2 count, Williams lured Schmidt to swing at a sunshine-to-shade slider for strike three and the first out.11

Chris James was next to go down, swinging and missing with a full count. Wrigley was back in its Opening Day element with the game in the ninth inning, two outs, the bases full, and a one-run Cubs lead.

Mark Ryal stepped to the plate.  It took six pitches before the now-standing crowd reached the crescendo of their cheers when Mitch nailed his third straight swinging strikeout.

Game over. Cubs win 5-4. Williams got the 52-pitch save. Sutcliffe became the first Cub to win back-to-back home openers since Grover Cleveland Alexander in 1926.12

Moments after the game, Mark Grace said, “My heart is still beating hard. That was the most exciting game I’ve ever been in.”13

Williams added, “There’s no greater feeling than a bases-loaded strikeout with the crowd on its feet.”14

Surprisingly, the Cubs ended up winning the National League East Division in 1989. That journey started this day.15

The author was fortunate to have attended this game, his 25th consecutive Cubs opener between 1975 and 1999.

The full game can be found on YouTube, which greatly enhanced my recollection. Here’s the last out: youtube.com/watch?v=sIUU1_F57R4.

The author referenced Baseball-Reference and Retrosheet.org for box scores, play-by-play information and other pertinent data. The 1989 Chicago Cubs Media Guide was also used as a reference.

6 The balk, seemingly an insignificant moment when it happens, proved to be a key moment, providing the ultimate difference in the game. Something about the balk: It elicits no excitement, no bat flip no roar of the crowd. (In fact, the crowd usually has no clue what happened.)

8 It was his next to last home run at Wrigley Field. He hit his final Wrigley homer the next day. Schmidt retired from baseball the next month, in San Diego on May 29. Schmidt was second only to Willie Mays for hitting the most career visiting home runs at Wrigley Field with 50. Mays hit 54.

9 The movie Major League premiered three days later, on April 7, and featured an unconventional relief pitcher, Rick Vaughn, nicknamed “Wild Thing,” who couldn’t find the plate. Williams would soon be tagged with the same nickname and embrace it.

11 The shadows created by Chicago’s late afternoon sun sinking below the western façade of the ballpark are a pitcher’s friend as they creep across the third-base line and over the infield. The pitcher delivers from the mound in full sunshine to a batter in the shadows. The ball looks bright, then fades into shade.

15 The 1989 Cubs were a mix of crafty veterans, rookies, and new acquisitions who happened to click for one magical season under the tutelage of a lifetime baseball man who spun the wheel with uncanny providence at the roulette table of baseball. For the Phillies, it was last place again with 67 wins. But their turnaround was soon to come when they went to the World Series just four years later, in 1993. They lost in historically heartbreaking fashion when Williams (same guy, now a Phil) gave up a walk-off World Series home run to Joe Carter in Game Six.