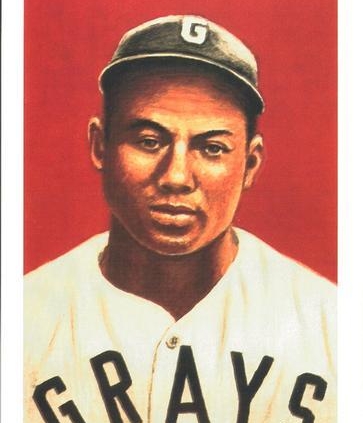 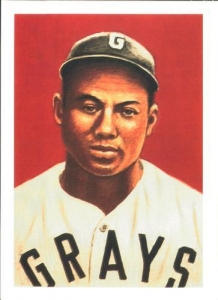 Like hundreds of small and mid-sized communities across the country, Lima, Ohio, has a fairly robust baseball history. An industrial city and one-time rail center whose population peaked in the early 1970s at just over 53,000, Lima fielded its first professional baseball team in 1888 and was home to minor-league teams about half the time through the first half of the twentieth century.

At least seven future major leaguers were born in Lima.1 More than 50 others have reached the majors after honing their skills on Lima-based teams—high school, college, semipro, minor league or, since 1987, in the Great Lakes Collegiate League, a summer circuit stocked with college players. Most of the big-league sojourns were brief; five consisted of a single game. But there have also been a few lengthy careers,2 a first-round draft choice,3 a couple of All-Stars,4 an occasional World Series standout,5 an American League rookie of the year,6 an American League manager of the year,7 and one bona fide Hall of Famer.8 For decades Lima also was a popular stop for barnstormers including Babe Ruth, who made appearances after the 1926 and 1927 seasons, and Satchel Paige, who pitched there five times.

But the greatest concentration of baseball talent ever assembled in Lima was composed almost or entirely of players who never got a shot in what were then recognized as the major leagues. The date was August 28, 1942, and the occasion was a Negro National League game between the Homestead Grays and the Philadelphia Stars. The combatants included at least two future Hall of Famers and quite likely four.

From 1939 to 1941, Lima was a member of the Class D Ohio State League. But with the United States’ entry into World War II, travel restrictions and a player shortage forced the league to suspend operations. Into the breach stepped a Toledo-based promoter named Hank Rigney. From June to mid-September 1942, Rigney fed local fans’ hunger for the national pastime by booking a series of touring Black teams for almost weekly appearances at Halloran Park, the minor-league ballyard tucked into a residential neighborhood on the city’s north side.

Lima was an attractive stop for Black barnstormers for two reasons. First, the town was suddenly facing the unaccustomed prospect of a summer without professional baseball; and second, the local Black population was increasing significantly9 with workers recruited in the South to fill wartime jobs at the Ohio Steel foundry and the Lima Locomotive Works, which was converted to produce Sherman battle tanks for the military.10 In the summer of ’42, Lima hosted the Chicago American Giants, the Memphis Red Sox, the Indianapolis ABCs, the Ethiopian Clowns, and the Chicago Brown Bombers, an outfit sponsored by heavyweight boxing champion Joe Louis.

Biggest attractions were official league games featuring clubs from the Negro National and Negro American leagues. First up, on June 8, was a NNL matchup between the New York Cubans and the Baltimore Elite Giants, featuring 20-year-old Roy Campanella. But they got in only two innings before a transformer blew, casting the ballpark into darkness.11 Promoter Rigney had better luck on June 26, when the Birmingham Black Barons trimmed the Kansas City Monarchs 3-1 in a NAL game that was completed in a brisk 89 minutes. Birmingham pitchers Alvin Gipson, Robert Pipkin, and John Markham surrendered only five hits to a Kansas City lineup that included Willard Brown and Buck O’Neil.12

Game stories in the Lima News were often skimpy, but the marquee games received extensive advance coverage. The Homestead Grays and Philadelphia Stars certainly fit that description. Best available figures show the Grays with the NNL’s best record annually from 1937 through 1941; and the Stars, on their way to a third-place finish in 1942, were enjoying their best season since 1938.13 Claiming to have “most of the National colored league talent assembled on the two clubs,”14 the teams were the subject of prominent articles for three days leading up to the game. One story noted correctly that the Lima appearance represented a homecoming of sorts for the Grays’ ace right-hander Raymond Brown, though the writer’s geography was a bit off. The paper said Brown was from Wapakoneta, 15 miles south of Lima, when in fact he was born near Alger, 15 miles to the east.

Another story educated the paper’s mostly White readers about Grays catcher Josh Gibson, the Negro Leagues’ legendary home-run king, crediting him with “at least one home run in every major league park.”15 Recent research indicates that this often-repeated claim wasn’t true, at least not at this point in Gibson’s career,16 but in any case the News expressed confidence that he “probably will find the range here.” At a time when pressure to desegregate so-called Organized Baseball was amping up, advance coverage also teased the possibility that fans might get a first look at some soon-to-be major leaguers.17

Was there a bit of snide condescension in the paper’s promise that the Grays and the Stars would present a “colorful contest”?18 Possibly, although two years later even the Black-owned Pittsburgh Courier used the same adjective to describe its Negro Leagues all-star team.19 By and large, the coverage in Lima was respectful and reasonably well informed. It was not, however, very deep. Nowhere is there any indication of the size of the crowds or their makeup. One thing that’s clear is that tickets would have been within reach of just about anybody who was interested. Box seats for the Grays and the Stars cost 75 cents, grandstand admission was 50 cents and children were admitted for a quarter.

The News dispensed with the game in five paragraphs and a line score. In the absence of a box score, only 11 participants can be identified with certainty: for the Grays, the battery of Brown and Gibson plus second baseman Lick Carlisle, shortstop Chet Williams, and outfielder Jerry Benjamin; and for the Stars, pitchers Bob Evans and Lefty Calhoun, catcher Spoony Palm, and Jim West, Barney Brown, and Pat Patterson.20 Buck Leonard and Jud Wilson also probably played for the Grays, but that can’t be confirmed.21

The game was no masterpiece. The teams combined for nine errors, six of them by the Grays. But Ray Brown went the distance, allowing only seven hits. He also tripled twice, pacing his side to an 11-5 victory. Williams doubled twice while Benjamin and Carlisle each contributed a single and a double to the winners’ 12-hit attack. Philadelphia pitchers Evans and Calhoun issued 10 walks and Evans also hit a batter. West and Barney Brown led the Stars’ offense with two singles apiece.22

Fans who came out hoping to see a Josh Gibson home run went home disappointed as he went hitless. Four nights later, when the teams played again in Springfield, Ohio, the 30-year-old slugger went 4-for-5 with a double and two homers, spearheading a 9-1 win.23

Gibson and Leonard were inducted into the Hall of Fame in 1972. Wilson and Ray Brown followed in 2006. Of 24 men who might have played in the Lima game—all those known to have played in Lima and/or Springfield—only Philadelphia shortstop Buzz Clarkson ever got even a taste in the established major leagues. He appeared in 14 games with the Boston Braves in 1952, when he was 37 years old.

None of these players received the recognition they deserved when they were playing. But they provided the highlight of a memorable summer when, to borrow a phrase from Negro Leagues historian Robert Peterson, only the ball was white in Lima, Ohio.24

In addition to the sources cited in the Notes, the author consulted the Seamheads.com, Baseball-Reference.com, and Retrosheet.org websites for pertinent material.

2 Roger Bresnahan, who played semipro ball in Lima in 1897, and 1940s minor leaguers Johnny Klippstein and Joe Nuxhall all played at least 15 years in the majors.

3 Kyle Lewis, who played in the collegiate league in 2014, was drafted 11th overall by the Seattle Mariners in 2016.

9 Census data shows that Lima’s non-White population more than doubled between 1940 and 1950.

21 Leonard was mentioned in advance coverage and both he and Wilson were in the lineup when the two teams played again four nights later. See “Homestead Grays and Philadelphia Booked Friday,” Lima News, August 26, 1942: 8; and “Homesteaders Triumph, 9 to 1,” Springfield (Ohio) Sun, September 2, 1942.

24 Peterson’s history of the Negro Leagues is Only the Ball Was White: A History of Legendary Black Players and All-Black Professional Teams (Englewood Cliffs, New Jersey: Prentice Hall, 1970).