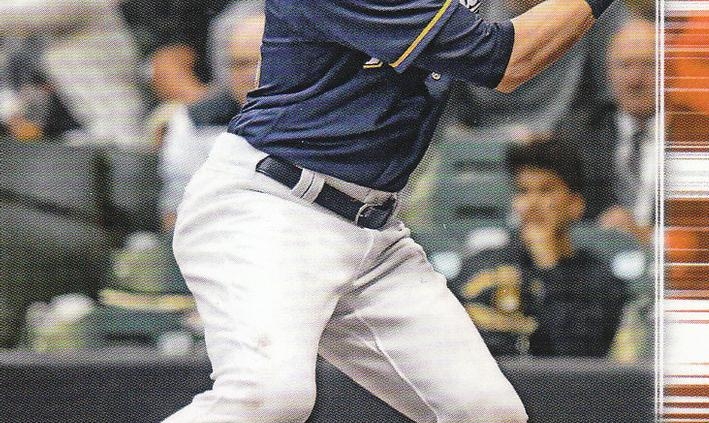 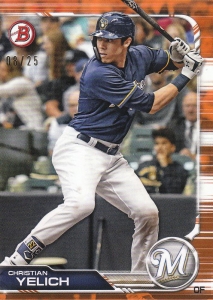 Milwaukee’s Christian Yelich called this “one of the craziest games I’ve ever been part of.”1 A meager crowd of 11,777 spectators showed up at Cincinnati’s Great American Ball Park for a Wednesday evening game between the Reds and the visiting Milwaukee Brewers. The fans who stayed for the entire 4-hour, 16-minute extra-inning game — which included a 27-minute rain delay, an injury delay and two official reviews — witnessed 36 hits, nine of which were home runs. According to the Cincinnati Enquirer, “The game had enough lead changes and ties to be a basketball game.”2 Highlighting the affair was Yelich’s 6-for-6 performance, as the 26-year-old outfielder bolstered his National League Most Valuable Player campaign by hitting for the cycle.

The 2018 race in the National League’s Central Division had been close since Opening Day (March 29). Now, five months later, play began with the Chicago Cubs (77-53)3 holding a four-game advantage over the St. Louis Cardinals (74-58). The Brewers (73-60) were a game and a half behind the Cardinals, but they were not gaining any ground. The Reds (57-75) were already out of the pennant hunt.

Veteran right-hander Matt Harvey started for Cincinnati. He had been traded to the Reds from the New York Mets three months earlier, in exchange for Devin Mesoraco and cash. Only one of Harvey’s 18 starts for the Reds had lasted past the sixth inning. Rookie Freddy Peralta (also a righty pitcher) started for Milwaukee. He had won his previous start, on August 22 against the Reds, limiting the Cincinnati offense to three hits in seven innings.

The Brewers roughed up Harvey in the top of the first. Back-to-back singles by Lorenzo Cain and Yelich, followed by an RBI double off the bat of Travis Shaw, led to a quick run for Milwaukee before Harvey had even recorded an out. With one out, Mike Moustakas grounded out to second baseman Scooter Gennett and Yelich scored, making it 2-0. Cincinnati cut the lead in half when Billy Hamilton hit his fourth homer of the year to start the bottom of the first.

In the second inning, Peralta struck out both Scott Schebler and Preston Tucker but then yielded a line-drive double to Tucker Barnhardt. Curt Casali, who was also in his first season with the Reds,4 lined a single, driving in Barnhardt with the game-tying run. Cincinnati took a 3-2 lead in the fourth inning, when Barnhardt launched a home run deep down the right-field line. It was his ninth homer of the season.

Harvey faced five batters in the fifth inning and yielded five hits. Cain reached on an infield single. Yelich, who had singled in the third inning for his second hit of the game, now drove Harvey’s first offering into the left-field seats for a two-run homer, and the Brewers led again, 4-3.

Three straight singles by Shaw, Ryan Braun, and Moustakas resulted in Shaw scoring Milwaukee’s fifth run of the game. Cincy manager Jim Riggleman made a pitching change, calling for Sal Romano to relieve Harvey. Romano worked out of the jam, assisted by some good infield defense, but the Reds were down two runs.

Dilson Herrera pinch-hit for Romano in the bottom of the fifth and drew a four-pitch walk. Hamilton singled to right-center. José Peraza lined out to center, and Herrera advanced to third. Then the Brewers did some lineup shuffling. Josh Hader replaced Peralta on the mound, batting in the seventh position. Shaw moved from second to play first base (Thames left the game), Jonathan Schoop moved from shortstop to second and Orlando Arcia entered the game to play shortstop, batting ninth.

After all the warm-ups, Hader was greeted by Gennett’s two-run double. Eugenio Suárez followed with a home run (his 30th) to right. Cincinnati had leapfrogged back into the lead, 7-5.

When Milwaukee came up to bat in the sixth, Michael Lorenzen had replaced Romano on the mound. Arcia reached on a throwing error and moved to third on Yelich’s one-out double. Shaw drove a line drive to deep center for a sacrifice fly, and the Brewers were within a run.

The game had a little controversy. In the bottom of the sixth inning, relief pitcher Taylor Williams threw an “up-and-in”5 pitch to Lorenzen, who appeared to be trying to bunt with two runners aboard (Barnhardt and Casali) and two strikes in the count. The ball deflected off Lorenzen’s bat as he pulled away. Home-plate umpire Tony Randazzo ruled that Lorenzen was trying to avoid the pitch and called it a foul, rather than strike three. Brewers skipper Craig Counsell argued to no avail.

On the very next pitch, Lorenzen connected for his fourth homer of the year and flipped his bat as he started his home-run trot.6 He had increased Cincy’s lead to four runs, 10-6. Hamilton followed with a single to right. As Peraza struck out, Hamilton took off for second and was called out. The Reds challenged the play, but the official review upheld the strike-’em-out, throw-’em-out double play. Williams then struck out Gennett, ending the inning.

Moustakas opened the top of the seventh with a single to left. Schoop launched a 1-0 offering from Lorenzen beyond the wall in center for a two-run home run. The Cincinnati advantage was now just two runs, so Riggleman called for David Hernandez to come in from the bullpen.

Hernandez retired Hernán Perez and then threw a slider high and tight to Manny Piña. The ball appeared to glance off Piña’s shoulder before hitting his jaw. He left the game, bleeding.7 Journeyman Erik Kratz replaced Piña as a pinch-runner and stayed in the game to catch for Milwaukee. After Arcia popped out, Cain doubled to left, plating Kratz.

Yelich then settled into the batter’s box, already having collected four hits in four at-bats. He swung at a 1-and-0 pitch, sending the ball into the right-center-field gap. The ball reached the wall just to the left of the 370-foot sign after two bounces. Yelich never slowed down, rounding second and sliding into third. His RBI triple had tied the game — and given him the first cycle of his career.

There was more excitement to come. Moustakas opened the top of the eighth with a towering home run to deep right, giving Milwaukee the lead, 11-10.

The Reds came right back in the home half. With one away, the speedy Hamilton reached on an infield single. Peraza was hit by a pitch, and Gennett reached on a fielder’s choice (forcing Peraza at second), putting Reds on first and third.

With Suarez at the plate, Gennett stole second, and three pitches later, Hamilton raced home on a wild pitch. Randazzo called him out, but the ruling was sent to replay (the second challenge of the game) and eventually overturned. That tied the score, 11-11, and neither team scored in the ninth (although Yelich reached on a weak grounder to third, for hit number six), sending the game into extra innings.

Raisel Iglesias had pitched a scoreless ninth for Cincinnati, but Jesús Aguilar tagged him for a leadoff home run in the 10th inning and a 12-11 Brewers lead. Jackson Stephens relieved Iglesias. After recording two quick strikeouts, Stephens gave up a double to Perez and a single to Kratz, who attempted to stretch the hit into a double. Kratz was called out at second, but Perez had already scored the insurance run.

Brandon Dixon led off the bottom of the 10th with a home run, but that was all the Reds could muster. Milwaukee had won the see-saw battle, 13-12. Four of the nine home runs in the game had come from a batter leading off an inning. The Brewers had now hit at least one home run in 21 straight games played at the Great American Ball Park.8 Yelich told reporters after the game, “It was huge for us, we needed the win.”9 The Brewers went 22-7 after this game, grabbing a share of the Central Division lead exactly a month later and finishing the season in first place.

Yelich became the eighth Milwaukee player to hit for the cycle,10 and the first since George Kottaras (September 3, 2011, against the Houston Astros). He raised his batting average to .319. It was the second time a batter had hit for the cycle in 2018, coming just 20 days after Boston’s Mookie Betts accomplished the rare feat.11 On September 17 Yelich hit for the cycle again, also against the Reds.

7 Piña returned to the Brewers’ lineup a few days later, on September 1, in a game against the Washington Nationals. He caught the entire game and was 2-for-4 at the plate, with a home run.

8 Kay. The Brewers added to that streak the next night, which was the last time they played at Cincinnati’s bsllpark in 2018. On April 1, 2019, the Brewers defeated the Reds, 4-3 at the Great American Ball Park without a home run, ending the streak at 22.

11 Yelich and Betts both were voted winners of their league’s 2018 Most Valuable Player Award.