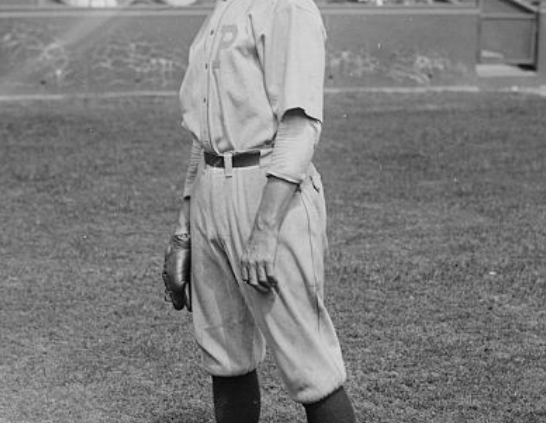 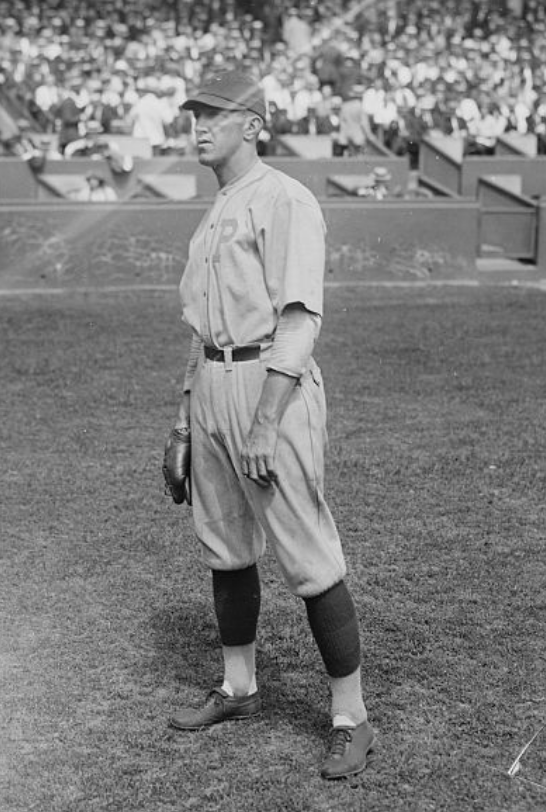 With a little more than a month left in the 1921 regular season, the Pittsburgh Pirates “were determined to break the sustained slump which has threatened their possession of first place.”1 Before a three-game series with the Brooklyn Robins, the Pirates had lost six straight games and had seen their lead over the New York Giants shrink to 2½ games. Brooklyn had lost six of eight games before the Pirates arrived, sinking into fifth place in the National League standings.

The two teams split the first two games of the series. The third and final game took place on a Tuesday afternoon before a crowd of 5,000 fans who “sweltered in weather that sent the mercury soaring skyward.”2 To break up the tension which might have been keeping his team from playing what he considered their normal game, Pirates manager George Gibson “tried a new experiment which turned the batting practice into a burlesque.”3 Instead of the usual batting practice, the infielders pitched to the batters and each pitcher “took a few turns with the stick.”4

A pair of right-handers started the game. Whitey Glazner “did mound duty for the Buccaneers,”5 opposed by Brooklyn’s Leon Cadore. Glazner, in just his first full season in the majors, was making his sixth appearance against Brooklyn, sporting a 1-1 record against the Robins. Cadore was likewise making his sixth appearance against Pittsburgh, with a 3-2 mark.

Pittsburgh threatened in the first frame, as both Max Carey and Rabbit Maranville singled. With two outs and Dave Robertson batting, the Pirates tried a double steal, and Carey was caught stealing third for the third out. Ivy Olson and Tommy Griffith had singles for Brooklyn in their turn at bat, but Olson was caught stealing and the Robins went away empty-handed.

Two innings later, Pittsburgh’s Carson Bigbee bunted his way to first and advance to third on two successive groundouts. George Cutshaw then “pasted the ball through deep left”6 for a triple, driving in Bigbee. Robertson then sent an “over-the-garden wall wallop”7 over the wall in right center for a two-run homer. Clyde Barnhart doubled on a ball hit to the fence in right field. Charlie Grimm brought him home with a single up the middle. By the time Cadore retired Walter Schmidt for the third out, the Pirates had a team cycle, garnering a homer, triple, double and two singles, which led to four runs. Brooklyn manager Wilbert Robinson pinch-hit for Cadore in the bottom of the third, and Johnny Miljus replaced Cadore on the mound.

In the fifth, Robertson stroked a two-out double “on a fast sprint which beat [Hy] Myers’ throw.”8 He scored when Barnhart singled. The score was now 5-0. In the home half, walks to Ray Schmandt and Ernie Krueger put two men on with only one out. Robinson sent Bernie Neis to pinch-hit for Miljus, but he grounded into a double play.

Sherry Smith, who started his career as a Pirate, became the third Robins pitcher. Unfortunately, he “was on the hill three frames and received a drubbing.”9 In the sixth, Carey reached on an error when Zack Wheat dropped Carey’s liner to left. With Maranville batting, Smith “caught Carey balanced toward second and nailed him off first.”10

In the top of the seventh, the Pirates got to Smith. Cutshaw hit a one-out single, which second baseman Pete Kilduff knocked down with his bare hand. Robertson singled, as did Barnhart, whose hit drove in Cutshaw. After Grimm forced Robertson at third, Schmidt singled, plating Barnhart. Pittsburgh had extended its lead to 7-0.

Meanwhile, Glazner was in top form. After yielding two singles to the Robins in the first frame, he kept them hitless until the seventh, when Wheat led off the inning with a single to center, a Texas-league over second base. Myers also singled, sending Wheat to third. An out later, Kilduff sent a grounder to Barnhart at third, who forced Myers at second, but Wheat scored Brooklyn’s first run.

In the top of the eighth, Cutshaw singled with two down. Robertson then sent Smith’s offering to the gap in right center and legged out a triple, driving in Cutshaw. The three-bagger gave Robertson a “gamut of hits,”11 as he became the first player to hit a single, double, triple and home run in the same game at Ebbets Field.

Dutch Ruether became Brooklyn’s third pinch-hitter of the game when he batted for Smith in the bottom of the eighth. Unfortunately, he and the Robins went quietly, three up and three down. The Robins made one last offensive attempt in the bottom of the ninth. Wheat singled to right with one out. Myers singled to center. On the next play, Wheat was forced at third for the second out. Kilduff sent a single into left for his second run batted in of the game, as Myers scored, but that was all the Robins could muster against Glazner. Pittsburgh won, 8-2.

The first-place Pirates “played like pennant winners against the Robins at Ebbets Field.”12 With his 4-for-5 performance at the plate, Robertson “led in this savage attack on Uncle Wilbert’s four flingers.”13 His batting average rose 17 points to .358, and his slugging percentage jumped 54 points to .577. In addition to Robertson’s hitting, Cutshaw had a triple and two singles, while Barnhart added a double and two singles. Every Pittsburgh position player had at least one hit. In total, the Pirates banged out 16 base hits. Glazner allowed two runs on just seven hits, all singles, proving to be “a puzzle to the Dodgers all the way.”14

Interestingly, the Brooklyn Daily Eagle reported to its readers that “not one of the four Brooklyn pitchers lasted long enough to get to bat.”15

On this day, Robertson was the offensive star for the struggling Pittsburgh team. Oddly enough, he had started the 1921 season with the Chicago Cubs. The Cubs traded Robertson to the Pirates on July 1 for Elmer Ponder, a relief pitcher who had made only eight appearances for Pittsburgh, gaining a 2-0 record with a 2.19 earned run average. The Cubs made Ponder a starter, but he didn’t fare well in the season’s second half, going 3-6 with a 4.74 ERA in 16 games. As for Robertson, he played in 22 games for the Cubs before the trade, batting only .222 with eight hits (five singles and three doubles). The Pirates gave him a chance to play everyday, and he paid them back with a .322 batting average, six home runs and 48 runs batted in.

Although the Pirates played .600 baseball in August (18-12), they did struggle down the stretch, finishing the season by winning only 12 of 28 games (with a tie) in September/October. They dropped to second place in the pennant race on September 9, never to return to first. Robinson’s crew finished four games behind the New York Giants, who went on to defeat the New York Yankees in an eight-game World Series. The Brooklyn Robins won 12 of their final 25 games and never rose out of fifth place in the standings.

Ebbets Field opened in 1913, and Robertson became the first major leaguer to hit for the cycle at the iconic ballpark. The first Brooklyn player to cycle at Ebbets Field was Babe Herman, who did so on May 18, 1931 against the Cincinnati Reds.

Robertson’s accomplishment was the sixth by a Pittsburgh player in franchise history,16 coming nine seasons after Honus Wagner’s cycle on August 22, 1912. Robertson was also the fourth player to hit for the cycle in 1921, following the New York Yankees’ Bob Meusel (May 7 against the Washington Senators), the New York Giants’ Dave Bancroft (June 1 against the Philadelphia Phillies) and the St. Louis Browns’ George Sisler (August 13 against Detroit Tigers).