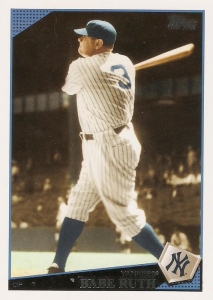 In this first game of a twin bill in the dog days of August 1929, both teams were coming off doubleheaders the previous day. The visiting Yankees had split their pair of games with the Washington Senators, while the Philadelphia A’s had done the same with the St. Louis Browns on their home grounds at Shibe Park. In fact, the A’s were now beginning the team’s third doubleheader in a row, the vagaries of the season requiring that they play two consecutive doubleheaders against St. Louis and then the one with the Yankees.

To describe Philadelphia as frenzied that day is an understatement. An estimated 46,000 fans jammed the park. From lines that formed in the early morning hours, the 36,000 paid seats had been filled an hour before the game; an additional 10,000 fans forced their way inside, some 200 climbing over the right-field wall and the barbed-wire constraints atop it. “Forty thousand wild, howling, happy baseball fans jammed every square inch of Shibe Park, every girder, every cornice, every railing,” while 1,000 perched on the roof over the left-field pavilion. Behind the right-field wall, those who managed to secure seats on the rooftop of dwellings for the whole block along Twentieth Street were the lucky ones, even at the grossly inflated price of $10. For outside the ballpark and on surrounding streets, bedlam ruled; another estimated 40,000 “even wilder” people surged about.1 These were record numbers both inside and outside the ballpark.

Understandably, the police were sorely pressed what with the overwhelming numbers and the periodic eruption of “several small sized riots” during the games. Mounted and afoot, they freely wielded their nightsticks, although there’s no report of any arrests. At one point, the cops had to call in 135 reserves. In a classic instance of drollness, one reporter characterized the crowd outside as “unreasonable,” adding, “It wanted to see the game. It would stand quiet for a while until some ear-splitting roar from the inside would herald a great play or a tense moment and then there was no law and order.” 2

That commodity was scarce inside the stadium, also where the “spirit of Moon Mullins prevailed.” The rivals split the doubleheader “to the accompaniment of a series of personal brawls on the playing field, sporadic slugging parties in the stands and a pop bottle shower for the finale.” The umpires had to suspend play in the ninth inning of the first game to clear the baseline of “missiles” thrown at Lou Gehrig. “Pillows, bottles, and taunting insults” dogged the Yankees, especially Babe Ruth in left and catcher Bill Dickey during the second game, in which the A’s would salvage a split in the twin bill via a three-run outburst in the bottom of the eighth to win, 4-2.3

The Yankees dominated game one immediately, and before 30 minutes had passed, they had scored 10 runs to their opponents’ one. Three Yankee tallies came in the first. Tony Lazzeri ’s bases-loaded single scored two, and Dickey’s masterful bunt down the third-base line scored The Babe, who had walked and moved to third on Bob Meusel’s fly to right. (As it turned out, Mickey Cochrane’s home run into the left-field stands in the bottom half of the inning kept the A’s from being shut out and was the only home-team run of the game.) The roof caved in on A’s hurler Howard Ehmke in the top of the second. After fanning his counterpart, right-hander George Pipgras, to start the inning, he put the next three hitters on. This brought Ruth to the plate, and he promptly parked a titanic home run, “one of his copyrighted hoists,” over the right-field scoreboard onto Twentieth Street.4 It was his league-leading 28th of the year, his third home run in two games, and his second grand slam in two consecutive games.

The Bronx Bombers had come into Philly hot. Just the day before, in their doubleheader split against Washington, they scored 17 runs in “some very impressive tuning up” for the A’s series. In the second game against the Senators, which the Yankees won 8-0, the Bambino crushed a pair of homers — “how that big fat fellow paddled the onion,” burbled one New York sportswriter — something Ruth would do twice more in this month of August 1929 and 72 times in his illustrious career, still the major-league record.5 One of his homers against the Senators came with the bases loaded. And it contributed mightily to his seven RBIs, the most he ever accumulated in a game, and which he did three other times in his career.6

And the Yankees still weren’t finished with the A’s in this first game of their series. With seven runs already in for the visitors and with only one down in the top of the second, the hapless Ehmke followed up his disastrous gopher ball to Ruth by plunking Tony Lazzeri with a pitch. His day was over: Right-hander Bill Shores replaced him, induced Meusel to pop out, and then surrendered a double to Dickey. Whereupon shortstop Mark Koenig, who averaged a little over two homers a year, sent the ball deep into the right-field stands for another three Yankee runs. Yankees pitcher Pipgras continued cruising his way to a seven-hit complete-game victory, while his teammates touched the third Philly hurler, southpaw Ossie Orwoll, for two more unearned runs on Meusel’s round-tripper in the sixth, and another on Lazzeri’s solo shot in the top of the ninth.

The 34-year-old Ruth went on to lead the league in home runs (46) for the fourth consecutive time (he would do it again the next two seasons)and in OPS+ with 193 on his way to a storied career. And despite this drubbing, the Mackmen, as the Philly press dubbed them, were never seriously deterred from their dominance of the league. The 1929 A’s, one of baseball history’s most powerful teams, had played this game (and several others) without two of their stars: third baseman Jimmy Dykes and second-sacker Max Bishop. And by the close of the series, they still occupied the catbird’s seat as season’s end began creeping into sight. The Yankees had gained no ground on them at all. The A’s led the American League by 11 games over these hated rivals at this point, and they would stretch their lead to a crushing 18 games over these same second-place Yankees by season’s end.

3 Powers, “Yanks-A’s in Stand-Off.” Moon Mullins starred in a cartoon of the same name that ran from 1923-91. A would-be prizefighter, he was an amiable roughneck with a taste for fighting, gambling, and other lowlife activities.