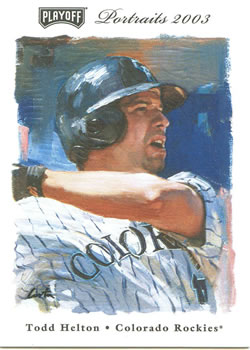 With the best pitching in the National League taking on the league’s best offense on July 11, 2003, at Coors Field, the outcome of the game rested on a confrontation between a backup third baseman and a well-traveled set-up reliever.

The 2003 season had been very good to the Dodgers pitching staff, which had given up the fewest runs in the major leagues, 289, and very good to the Rockies hitters, who had scored a National League-high 520 runs. The season had been less good to the Dodgers hitters, who had scored the fewest runs in the National League, 310, and the Rockies pitchers, who were 15th in the NL in runs allowed at 508.

The Dodgers offense was hampered by injuries. Leadoff man Dave Roberts missed significant time with a hamstring injury. Right fielder Shawn Green, coming off two seasons of 40-plus homers, had offseason shoulder surgery and his power numbers dwindled. Left fielder Brian Jordan, acquired from Atlanta for Gary Sheffield the year before, played in just 66 games. Veteran Fred McGriff was signed in part with the idea that he would hit his 500th home run with the Dodgers. But McGriff played in just 86 games and finished the season at 490 career home runs.

Even with injuries to number-one starting pitcher Kevin Brown, who was placed on the disabled list before this game, the Dodgers staff was excellent. Hideo Nomo was in the second year of his second stint with the Dodgers and had already pitched two shutouts in the season and entered this game with a 2.71 ERA. Dodgers manager Jim Tracy relied on a fearsome five-man bullpen of Eric Gagne, Guillermo Mota, Paul Quantrill, Paul Shuey, and Tom Martin.

Colorado was its usual high-scoring self. First baseman Todd Helton was the key man on offense as longtime star Larry Walker was starting to show signs of age and diminished production. Outfielders Jay Payton and Preston Wilson put up respectable, but altitude-influenced, numbers and stayed healthy all season.

The Rockies starter for this game was Denny Stark, who had finished ninth in Rookie of the Year voting the previous season. (Teammate Jason Jennings won the award.) This season, a shoulder injury had kept Stark out of the majors until July 1, and this would be just his third major-league start of the season.

As in many games in Denver, the teams did not waste time scoring runs. The Dodgers scored a run in the first after singles from shortstop Cesar Izturis and second baseman Alex Cora (at this time Alex was better known for being confused with his older brother Joey) that led to an RBI fielder’s choice from left fielder Paul Lo Duca.

Lo Duca was normally the starting catcher, but frequently found himself in the outfield or first base. He was also the Dodgers’ only consistent offensive threat at this time, although he would fade badly after the All-Star Game (his OPS after the break was just .575). On this day, the Dodgers started David Ross behind the plate. In 2003 Ross was a clean-shaven second year player with apparently no supernatural abilities that would elevate him to guru status in his final seasons with the Cubs.

The Rockies scored three times in the bottom of the first on a bases-clearing double by Payton.

They tacked on a run in the second and Helton made it 5-1 in the third with his 18th homer of the year.

Los Angeles fought its way back into the game in the fifth. An error by second baseman Ronnie Belliard (who would become a folk hero in Los Angeles in 2009 for some big hits in September and October) set up a big inning that saw the Dodgers score three times), one on an RBI groundout by first baseman Daryle Ward (who would be sent to the minors at the end of the month after a woeful season) and the other two on a double by third baseman Adrian Beltre (who was just a very young third baseman who Dodgers fans were not convinced would live up to his hype.)

Helton clubbed another homer in the bottom of the fifth to push the Colorado lead back to two. The Dodgers grabbed a run in the top of the sixth when reliever Jose Jimenez threw a wild pitch with the bases loaded to make it 6-5, Colorado. The Dodgers tied the game in the seventh off Jimenez when Helton misplayed a grounder off the bat of center fielder Wilkin Ruan into two errors, allowing Beltre to score the tying run.

At this point, it was looking promising for the Dodgers. They had won all 12 games of the season in which they had scored six or more runs. However, as financial prospectuses always warn, past performance does not guarantee future results.

Helton led off for Colorado in the bottom of the eighth and drew a walk from Shuey, who had relieved Nomo in the seventh. Wilson lined a single to left to move Helton to second. Lefty Tom Martin was brought in to face Walker and got him to ground out to Ward at first, advancing both runners. After an intentional walk to Payton to load the bases, Martin was relieved by Paul Quantrill. Colorado manager Clint Hurdle sent up switch-hitting pinch hitter Greg Norton to bat for catcher Charles Johnson.

Quantrill came to the Dodgers in a trade from Toronto along with Izturis in exchange for two players who would contribute almost nothing to the Blue Jays: Chad Ricketts and Luke Prokopec. Norton was expected to replace Robin Ventura at third base for the White Sox in 1999, but didn’t produce enough and ended up as a role player in Chicago before joining the Rockies in 2001 as a free agent.

Quantrill got ahead of Norton 0-and-2, but couldn’t get him to chase on the next pitch. On 1-and-2, Norton fouled off a pitch. Then he took an inside fastball that umpire Alfonso Marquez called a ball. Norton fouled off two more pitches, then Quantrill missed twice for a walk that forced in the go-ahead run. It was a rare event; Quantrill handed out only 13 unintentional walks to the 291 batters he faced in 2003.

That run would hold up as Justin Speier set the Dodgers down in order in the ninth to save it. Brian Fuentes received the win. Shuey was charged with the loss.

After the game Quantrill told the Los Angeles Times, “Bottom line is, I need to make Norton put the ball in play, so it’s my bad. I didn’t get my job done, which is I can’t give him the base that cost us the game. I wanted that pitch and I expected to get that pitch, but I can’t control that. Once I get past that point, I simply have to make him put it in play. You don’t get all the calls you want.”1

“It was just going up there and trying to battle,” Norton said. “Getting down 0-and-2, I just tried to get the ball in play or do something in a big situation. I was fortunate that they called it a ball and I drew the walk.”2

The headline from the Associated Press noted that the Rockies clinched a winning record at the All-Star break with this win. But it didn’t go well for the Rockies in the second half, as they finished with a 74-88 record, with the offense slumping to the third most runs scored (behind Atlanta and St. Louis) and the pitching staff finishing with the worst ERA in the NL at 5.20.

The Dodgers offense never got any better. They brought in a 44-year-old Rickey Henderson. They traded for Jeromy Burnitz and Robin Ventura. These moves did not help. Los Angeles would score just 574 runs for the season, an average of 3.5 per game. The pitching staff remained stellar, with a staff ERA of 3.16. Gagne won the Cy Young Award with 55 saves and 137 strikeouts in 82⅓ innings.

Norton and Quantrill both became free agents after the 2003 season. Quantrill signed a two-year/$6 million contract with the Yankees, but he is best remembered in the Bronx for giving up a walk-off home run to David Ortiz of Boston in Game Four of the ALCS. He was out of the majors after 2005. Norton signed a one-year, $600,000 deal with Detroit, but ended up in Triple A before the year was out, then hung on in the majors through the 2009 season. 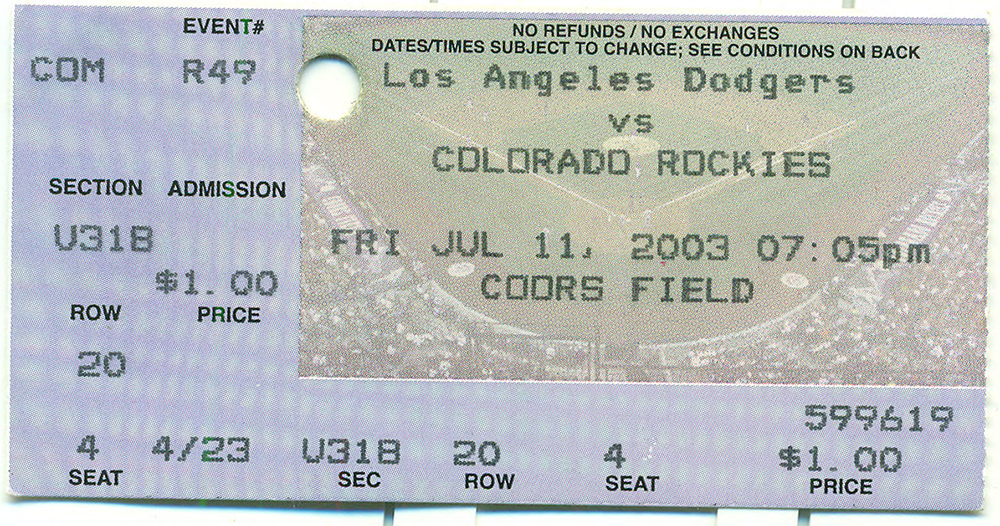 In addition to sources cited in the Notes, Baseball-reference.com provided background information.