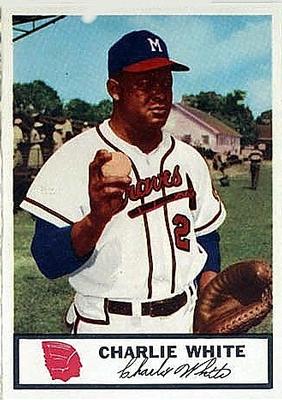 It had been a long night at the ballpark. You couldn’t blame any fans who wanted to take advantage of a lopsided score to head home early, especially those who had to go to work the next day. After all, the home team was down by five runs in the bottom of the ninth … and once two Braves were retired, well, why not beat the traffic?

But this was a night that served as a dramatic reminder that baseball has no clock, and those nearly 20,000 fans who left County Stadium before the game ended surely blamed themselves for missing one of the most remarkable comebacks in Milwaukee baseball history.1

Thursday, July 15, 1954, saw a stadium-record attendance, with fans drawn by the allure of two games for the price of one against the two-time defending National League champion Brooklyn Dodgers, the fabled “Boys of Summer,” featuring Jackie Robinson, Pee Wee Reese, Duke Snider, Roy Campanella, and Gil Hodges. The crowd of 43,633 for the twi-night twin bill actually exceeded the stadium’s seating capacity; 1,315 had to stand to watch the games (and team officials said they could have crammed in another 785 standees, so they refused to call it a sellout).2 It was actually too crowded for the stadium vendors to do their work efficiently. “We’ve done more business with a crowd of 35,000 on hand,” chief concessionaire Earl Yerxa said. “Tonight the crowds were so unwieldy, our vendors couldn’t get through fast enough to meet demand.”3

The first game got under way at 6 P.M. and moved crisply. Neither team scored in the first six innings, as Brooklyn’s Bob Milliken matched zeroes with the Braves’ Bob Buhl. Then in the bottom of the seventh, a two-out homer by Eddie Mathews with Bill Bruton on first base put the Braves in front, and Buhl held the Dodgers scoreless the rest of the way in a 2-0 Milwaukee victory. Buhl allowed just three hits, all singles, to earn his first win of the season after seven losses.

The Dodgers opened the second game by pouncing on Jim Wilson, who had won all six of his previous starts for the Braves that season, including a no-hitter against the Phillies on June 12. Sandy Amoros’ bases-loaded single in the first inning drove in two runs, and when right fielder Andy Pafko’s throw home was wild, a third run scored. The Braves cut the deficit in the bottom of the inning on another two-run homer by Mathews, but Brooklyn scored four more in the fifth without the aid of an extra-base hit. (Another wild throw by Pafko made one of the runs unearned.)

With the Braves still trailing 7-2 after seven innings, Milwaukee manager Charlie Grimm felt safe calling on his 18-year-old relief pitcher, Joey Jay. Jay was on the Braves roster only because the club had signed him for a $40,000 bonus the previous summer, and under the rules of the day he had to be on the major-league roster for two years. He had pitched a three-hit shutout in one of his two appearances in 1953, but to this point in 1954 he had worked in just six games and had allowed 10 runs in 8⅔ innings.

Starter Billy Loes had done a fine job pitching for the Dodgers, but he came out of the game when he injured the little finger of his pitching hand trying to grab Logan’s line drive up the middle in the eighth.4 Jim Hughes, who had held the Braves hitless in four shutout innings of relief to earn the victory in a 12-inning game the night before, relieved Loes and took the mound in the bottom of the ninth to try to give Brooklyn a split of the doubleheader.

George “Catfish” Metkovich batted for Jay to lead off the inning and drew a walk. Bruton lined a single to right, and Metkovich stopped at second base.

Then Braves second baseman Danny O’Connell laid down a bunt. Was he really trying a sacrifice with the Braves trailing by five runs? Milwaukee Journal sportswriter Bob Wolf wrote that O’Connell was trying for a hit, hoping to catch the Dodgers infield napping, but for O’Connell got credit for a sacrifice, when Brooklyn third baseman Don Hoak threw to Hodges at first to retire him, the runners advancing to second and third.5

Mathews then walked to load the bases for Hank Aaron, the Braves’ 20-year-old rookie, who was batting in the cleanup spot that night for the first time in his major-league career. But Aaron was retired on a foul popup to Hodges, completing a frustrating 0-for-9 night at the plate, and the Braves were down to their last out — still trailing by five runs.

Joe Adcock kept the game going with a line-drive single to left, scoring Metkovich and Bruton and moving Mathews to second. That brought Pafko to the plate as the tying run, and Walter Alston, the Dodgers’ first-year manager, responded by bringing in Erv Palica, who had pitched an inning of the evening’s first game.

Pafko hit a ball that bounced off the third-base bag and went into left field for a double, bringing home Mathews and Adcock and making up for two runs his errant throws had cost the Braves earlier in the game. Jim Pendleton went in to run for Pafko. Logan then lined a single to left-center; Pendleton beat Amoros’ throw home to tie the game, and Logan took advantage of the throw to advance to second base with the potential winning run.

That brought Charlie White, the Braves’ rookie backup catcher, to the plate. In the sixth inning, with the Braves behind by five runs, Grimm opted to give starting catcher Del Crandall the rest of the night off by using White to bat for him.

Now White had a chance to be the hero. Palica’s first pitch was a ball. Then White hit a ball that bounced over second base; shortstop Reese couldn’t get it, and by the time second baseman Jim Gilliam grabbed it, it was too late to throw out Logan, who “rounded third so fast that he almost skidded into the Brooks’ dugout before he recovered his stride and reached home,” according to Milwaukee Journal sportswriter Doyle Getter.6

And finally the rest of the crowd could go home.

Joey Jay got credit for the Braves’ 9-8 win. It would be his only win of 1954, and he wouldn’t win a game in the majors again until 1958. Jay went on to be a 20-game winner twice for Cincinnati and helped the Reds win the National League pennant in 1961 when he went 21-10. He was also a member of the Braves’ 1958 NL championship team but was not on the roster for the World Series that fall after breaking a finger on his glove hand when he fielded a hard-hit groundball in a September relief appearance.7

The double defeats on July 15 dropped the Dodgers to 6½ games behind the first-place Giants. Brooklyn was in second place, but second wasn’t good enough for fans of the team that had won the pennant the previous two years. The 42-year-old Alston had been a controversial choice to take over the team after Chuck Dressen resigned the previous winter, and the losses in Milwaukee put him on the hot seat.

But team captain Reese supported his rookie manager. “None of this is his fault,” Reese said after the doubleheader losses. “He can’t pitch for the pitchers or hit for the hitters. It’s the team that hasn’t come through. What’s fair about criticizing him?”8

The Dodgers wound up second to the Giants in 1954, but Alston led the team to six National League pennants and four World Series triumphs over the next 12 seasons.