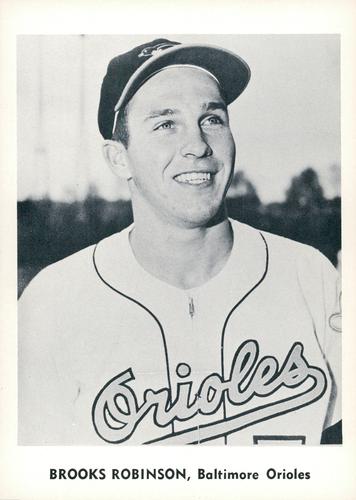 Brooks Robinson, the Baltimore Orioles’ Hall of Fame/Gold Glove third baseman, almost single-handedly defeated Chicago with a 5-for-5 performance at the plate, driving in three runs and hitting for the cycle as the Orioles beat the White Sox, 5-2, on July 15, 1960. A crowd of 43,704 at Comiskey Park in Chicago saw the Orioles shackle the White Sox in the opening game of a four-game series.1 White Sox pitching kept the Orioles in check for most of the game, but Robinson’s two-run triple in the ninth inning provided the insurance runs that Baltimore needed, pulling the Orioles into a virtual tie with Chicago for third place in the American League.

Baltimore’s Milt Pappas and Chicago’s Billy Pierce faced off, each seeking his eighth victory of the season. This was the second time in the 1960 campaign that the pair had faced each other. Neither pitcher was sharp early on. Pierce gave up a two-out single to Robinson in the first inning, but the third baseman was stranded when Walt Dropo struck out. Pappas yielded a single to Nellie Fox and a walk to Roy Sievers in the bottom of the first.

The scoring started in the bottom of the second inning, when Pappas walked leadoff batter Al Smith and gave up consecutive two-out singles to Pierce, Luis Aparicio, and Fox. Aparicio’s hit plated Smith for the game’s first run. Once he finished the shaky second inning, Pappas held the White Sox hitless until the eighth inning.

In the Orioles’ fifth, Robinson singled to center with two outs, giving him three hits in three at-bats. Dropo forced him at second on a groundball to short, ending the inning. In the next inning, Baltimore’s Gus Triandos led off with a double to right field. He advanced to third base on a single by Jim Busby. With Marv Breeding batting, Chicago catcher Sherm Lollar allowed a pitch by Pierce to get past him for a passed ball, and Triandos scampered home with Baltimore’s third run of the game. Robinson added a two-out double in the seventh, but again Dropo made the third out on a fly ball to center fielder Jim Landis.

Chicago skipper Al Lopez pinch-hit Earl Torgeson for Pierce in the bottom of the seventh inning, but Torgeson fouled out to Baltimore catcher Triandos. Chicago’s Sievers launched a Pappas offering in the eighth inning into the left-field seats, well beyond the fence. The blast brought the White Sox to within one run, but more importantly, it extended Sievers’ hitting streak to 17 games.2 It was only the fifth hit allowed by Pappas.

With Baltimore leading 3-2 in the top of the ninth, Pappas helped his own cause with a one-out single to center. An out later, Gene Woodling drew a walk and Pappas moved to second. Robinson completed the cycle and “iced the verdict by driving in [the] final pair of runs”3 with a triple off Chicago reliever Turk Lown, who had started the eighth inning for the White Sox.

Robinson’s line for the game was five hits in five at-bats, with one run scored and three runs batted in. He had hit for the cycle, an accomplishment that occurs in fewer than 1 percent of major-league games. Robinson had as many hits as the entire Chicago lineup. He was described in the Chicago newspapers as “a fielding genius whose bat was a questionable implement until lately.”4 But the same writer labeled his output in this game “Ruthian hitting.”5 Triandos and Busby had two hits each, as the Orioles collected 13 hits in the game.

The 21-year-old Pappas went the distance in recording a complete game, scattering five hits and allowing two runs. He struck out two and lowered his ERA to 4.25. In 18 innings against Chicago at this point in the season, Pappas had a 1.00 earned-run average; he posted a 5.00 mark against the rest of the American League. Though Pierce took the loss, his ERA fell to 3.52. The two home runs he allowed “gave Pierce the Sox’ gopher ball lead with 13 homers off him this season.”6

2 Sievers’ hit streak ran to 21 games before he was stopped on July 19 by a trio of Boston Red Sox pitchers. Including the two days after the streak, he batted .415 and raised his batting average from .241 to .301. His hitting streak came within six games of tying the White Sox record of 27, set by Luke Appling in 1936. His power was evident as well, as he blasted nine homers and drove in 26 runs. On top of this, Sievers was an excellent fielder.