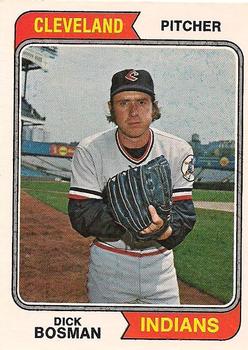 The two-time world champions were in town. The Oakland A’s were “Kings of the Mountain” atop all of Major League Baseball. The A’s toppled Cincinnati in 1972 and the New York Mets in 1973. Many of that core group of players were on the 1974 squad: Vida Blue, Ken Holtzman, Catfish Hunter, Rollie Fingers, Sal Bando, Billy North, Joe Rudi, Gene Tenace, Bert Campaneris, and Reggie Jackson. They were a colorful group of players that matched the colorful uniform combinations they wore on the diamond. The Athletics were enjoying a hearty six-game lead over the White Sox and the Royals in the AL West Division. The world champs also were riding a five-game winning streak.

Oakland checked into Cleveland for a four-game set on July 18, 1974, right before the All-Star break. Although the Indians might not field the powerhouse that Oakland did, they nonetheless found themselves in third place and just two games in back of first-place Boston in the East Division. The Indians, a young team, were in the midst of a five-game losing streak. Cleveland leaned on the pitching of brothers Gaylord Perry and Jim Perry. Gaylord had won 15 games in a row from April 12 through July 3. His streak was stopped by these same Athletics on July 8, when Blue bested Perry 4-3 in a 10-inning game.

A crowd of 41,848 pushed their way through the turnstiles at Cleveland Stadium for the opener. No doubt they were hoping to see a pitching duel between future Hall of Famers Hunter and Perry. It was the largest gate at the Wigwam to date. If it was a pitching duel the crowd sought, they were not disappointed. However, Perry’s losing ways against Oakland continued. He was on the losing end of a 3-2 game. Hunter got the win.

In the second game of the series, the Athletics sent Dave Hamilton to the hill. The veteran lefty both started and pitched out of the bullpen on manager Al Dark’s staff. The Indians countered with Dick Bosman. The right-handed hurler was most noted for his work while a member of the 1969 Washington Senators, when he led the AL with a 2.19 ERA. Like Hamilton, Bosman was asked at times to pitch in relief. He was making his fifth start of the season.

The game progressed without much fanfare. In the bottom of the third, the Indians crossed home plate twice, on a single to right field by Tom McCraw and a homer by Joe Lis. “I got all of that pitch that I wanted to,” said Lis.1

The A’s did manage to put a runner on base in the top of the fourth inning. With two outs, Sal Bando checked his swing and hit a slow bouncer between the pitcher’s mound and third base. Bosman raced to field the baseball, turned and threw to first base, but the ball was wide and skipped off the tip of first baseman McCraw’s glove. “It was a mistake on my part,” said Bosman. “I had enough time, but because I had to go a long way to get the ball, I thought I had to hurry. My throw just sailed away from McGraw.”2 Bosman was charged with an error.

Bando went to second base as a result of the errant throw. But Reggie Jackson struck out to end the frame.

The Indians increased their advantage to 4-0 in the bottom of the fourth inning. John Ellis singled and scored on a double by Buddy Bell. The fourth tally came when Bell scored on a groundout by McCraw.

Oakland was still looking for its initial base hit. In the top of the fifth inning, it appeared as if they might get it. Joe Rudi sent a grounder between short and third, but Indians shortstop Frank Duffy went deep in the hole to field the ball and threw Rudi out. “I knew it would be tough,” said Duffy, “for two reasons. One was that Joe Rudi runs well, and the other was that I had to backhand the ball and field it on an in-between hop. But I knew, too, if I fielded it cleanly, I could throw him out. And as soon as I let go of my throw, I knew we had him.”3

Claudell Washington stepped in after Rudi and hit a smash to the gap in left-center field. But the wind was blowing in off Lake Erie and the gusts held up the flight of the baseball. Cleveland left fielder John Lowenstein raced about 40 yards to make the catch.

The game moved along at a brisk pace. Oakland was still in search of its first hit, never mind a run, to cut into the Indians’ four-run advantage. In the eighth inning the A’s Pat Bourque smacked a fly ball to right field. But the wind knocked it down, allowing right fielder Charlie Spikes to make the grab just short of the fence.

The A’s were down to their last three outs in the top of the ninth inning. Three outs to try to get the elusive hit. As Jackson jogged in from right field, he crossed paths with Bosman. The slugger patted Bosman’s rear end and wished him luck. “I did it because he’s a nice guy,” Jackson said. “He’s always been a nice guy.”4

The A’s went down in order, with Billy North striking out to end the game. Dick Bosman pitched the 13th no-hitter in Cleveland Indians history. It was the first no-hit game since June 10, 1966, when Sonny Siebert turned the trick against Washington.

It took Bosman only 79 pitches to complete the feat. “It was a masterpiece,” said Gaylord Perry. “He missed the strike zone with only 19 pitches, and that’s amazing.”5

“I wasn’t nervous, not a bit, because it’s not up to me to do it,” said Tribe catcher John Ellis. “I just called up the pitches, and it was up to Bozzie to hit the spots. Which he did, every time.”6

Bosman did not overwhelm the Oakland hitters, striking out only four. But he had control of his pitches the entire evening. “He threw nothing overpowering,” said Jackson. “The best thing he had was a strike. I didn’t have a bad swing all night. I can’t swing any better than I did tonight and he no-hit me.”7

George Bosman, Dick’s father, was among the 24,302 in attendance. The elder Bosman was visiting from Kenosha, Wisconsin, and picked the right time to visit his son. “My wife and I always visit him for one week every summer, wherever he’s pitching,” said George. “This just happened to be the week.”8

As the game wore on, the tension and excitement built up, inning by inning. But perhaps John Lowenstein had the best way to combat the anxiety. “I tried to look cool out there,” he said. “It’s important to look cool at all times. In a situation like that, looking cool will help give your teammates confidence when they look at you.”9

The Oakland A’s had the last laugh. They won their third consecutive World Championship, defeating the Los Angeles Dodgers in five games. For Cleveland, they finished the season in fourth place in the A.L. East, 14 games in back of first place Baltimore.

In addition to the sources cited in the Notes, the author accessed the Baseball-Reference.com, and Retrosheet.org websites.