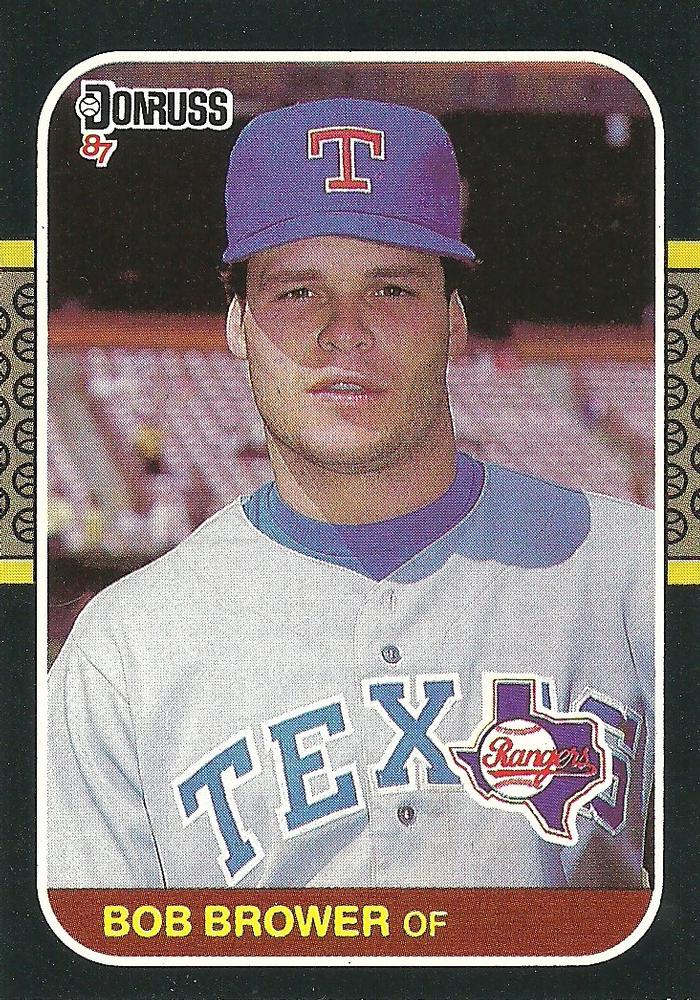 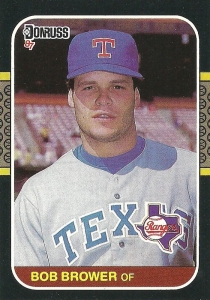 “Lou, I just won you the pennant. I just got you Steve Trout.”1

Those were George Steinbrenner’s famous last words when he informed Yankees manager Lou Piniella that he sent three minor-league pitchers (Bob Tewksbury, Rich Scheid, and Dean Wilkins) to the Chicago Cubs for Trout and $400,000.2

The Yankees were desperate for starting pitching. Most of their starters were on the wrong side of 30 (Ron Guidry, 36; Rick Rhoden, 34) and some were on the wrong side of 40 (Tommy John, 44; Joe Niekro, 42). Trout was only 29 and had been pitching well with the Cubs, compiling a 6-3 won-lost record with a 3.00 ERA, certainly better than any of the current crop of Yankees starters. On top of that, his two previous starts had been shutouts, against the Padres and the Dodgers.3

Yankee fans were still optimistic going into this game against Texas. In spite of their starting pitching woes, they had a great lineup led by Don Mattingly, who had homered in his previous eight consecutive games, tying a record set by Dale Long.4 The ’87 Yankees also featured two future Hall of Famers in their prime: Rickey Henderson and Dave Winfield. Slugging third baseman Mike Pagliarulo with his 32 homers in ’87 added even more thump to a potent lineup, which propelled the Yankees to first place in the American League East.

The Rangers had a talented group of young sluggers in their lineup; a poor pitching staff, however, kept them five games under .500.

The game got off to a promising start for the visiting Yankees as Mike Easler hit a one-out homer in the top of the second off Rangers starter Greg Harris to give New York a 1-0 lead. Pagliarulo followed with a ground-rule double to left field and then scored on Bobby Meacham’s single, extending the Yankees’ lead to 2-0.

Trout, the Yankees’ starter, faced the minimum through the first two innings, but with one out in the third, a solo homer by Steve Buechele made it 2-1. Trout ran into more trouble in the fourth when young slugging left fielder Ruben Sierra ripped a leadoff single to left. Another young slugging outfielder, Pete Incaviglia, followed with a double to plate Sierra and tie the game at 2-2. A one-out single by power-hitting DH Lance Parrish drove in Incaviglia and gave the Rangers a 3-2 lead.

After stranding two baserunners in the fifth, the Rangers got to Trout in the sixth when Incaviglia led off with a single and scored on a double by first baseman Mike Stanley. Piniella pulled Trout in favor of reliever Rich Bordi, who gave up a run-scoring single to Parrish. After Bordi got catcher Don Slaught to pop out to Mattingly, Buechele cracked his second homer of the game putting the Rangers up 7-2. Then the speedy Jerry Browne singled and stole second base. (Browne would finish the ’87 season with a career-high 27 stolen bases.) Bob Brower blasted a triple to deep center field, making it 8-2. After Bordi walked Scott Fletcher to put runners at the corners, Piniella yanked him in favor of Tim Stoddard, who surrendered an RBI double to Sierra. Stanley’s single scored Fletcher and Sierra, putting the home team up 11-2.

The seventh began auspiciously for the Rangers with a one-out walk to Buechele and an infield single by Browne. Curt Wilkerson, pinch-hitting for Fletcher, singled, scoring Buechele and giving the Rangers a 10-run lead. Sierra’s blast to deep right-center field made it 15-2. Stoddard was pulled for Pat Clements, who got Incaviglia on a grounder to end the seventh.

Aside from the second inning, Harris cruised for seven innings, giving up only the two runs he allowed in the second. Jeff Russell took over in the eighth and back-to-back doubles by Mattingly and Winfield made it 15-3.

Mattingly’s double meant his eight-game home-run streak was over. The 30,875 in attendance gave the “Hit Man” a standing ovation. After the game, Mattingly said of his record-tying home-run streak, “There’s no disappointment in me at all. I don’t feel relief. It was no big thing. It would be over today no matter what. Even if it went on tomorrow, the record would have been broken.”5

The Rangers weren’t done scoring. Stanley led off the Rangers’ eighth with a single, then back-to-back doubles by Parrish and Slaught made it 17-3. A walk to Buechele and a single by Brown, and it was 18-3. After Clements walked Brower to load the bases with no outs, Piniella replaced him with Yankees catcher Rick Cerone. Why not, at this point? After Wilkerson’s fly ball to left wasn’t deep enough to score Buechele from third, Sierra’s 3-6 fielder’s choice plated Buchele, giving the Rangers a 19-3 lead. Rangers skipper Bobby Valentine let pitcher Bobby Witt pinch-hit for Incaviglia. Cerone’s balk allowed Browne to score the Rangers’ 20th run. After launching a long foul ball into the left-field bleachers, Witt struck out to mercifully end the bottom of the eighth, and thus the Rangers’ pummeling of the Yankees. “I really enjoyed it,” said Witt of his at-bat. “I last hit while I was with the Olympic team a couple of years ago.”6

Reflecting on his relief appearance Cerone commented, “We were just trying to get it over with. In a game like this, you just don’t want to use up your bullpen.”7

Things wouldn’t get easier for the Yankees and their battered pitching staff, who would next travel to Minneapolis to take on the Twins at the homer-friendly Metrodome. “Some of these guys have got to start getting people out,” Piniella fumed after the drubbing by the Rangers. After watching his catcher outpitch his staff, Piniella said, “It’s not funny. I only had one guy (Dave Righetti) left. And I’ve got to have at least one pitcher left for tomorrow.”8

The 1987 season didn’t get much better for Steve Trout and the Yankees. Trout didn’t win a game in pinstripes and was traded to Seattle after the season. The Yankees dropped from first place, finishing fourth in the AL East, nine games behind the Detroit Tigers. And what about those prospects the Yankees gave up for Trout? Well, Bob Tewksbury signed as a free agent with the St. Louis Cardinals on December 16, 1988, and had a nice career with the Cardinals, highlighted by his 1992 season, when he was an All-Star and finished third in the Cy Young Award voting.

In addition to the sources cited in the Notes, the author also consulted Baseball-Reference.com, Retrosheet.org, and “Back to Baseball: Texas Rangers versus New York Yankees July 19, 1987 Arlington Stadium Play-By-Play,”

3 “Yankees Get Trout in Deal with Cubs.”