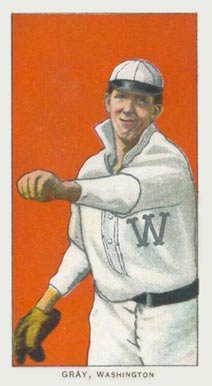 In 1911, their 11th year in the American League, the Nationals had yet to have a winning season.  The team had been so lackluster in its years in Washington that its ownership solicited fan suggestions and changed its name from the Senators to the Nationals in 1905 in hopes of inspiring a change in fortunes.1 The team would eventually reach better times, but not yet in 1911.

As if the Nationals didn’t have enough to worry about, on March 17, less than a month from Opening Day, National Park burned down. According to the Washington Evening Star, “[T]he superintendent of the grounds … attributes the fire to the carelessness of a plumber who left a blast lamp unwatched for a moment while he left his work to step outside the room. … The flames ate up the wooden structure with such speed that by the time half the [city’s] engines … were coupled to the hydrants the interior of the park was a great crater of flame.”2 Rebuilding began right away and in a little more than four months, a new park was ready for the Nationals to inaugurate.

After a 20-game road trip ending in St. Louis on Sunday, July 23, the Nationals returned to Washington to open the new park with a three-game midweek series with the Tigers. Walter Johnson would not be available on the 25th, having thrown a complete-game 5-1 victory against St. Louis on Sunday3 and three innings on Monday at a benefit game played in Cleveland in memory of Addie Joss, who died in April.4

Pitching for the Nationals on the 25th would be left-hander Dolly Gray, their Opening Day starter. Washington was 30-58, by now well entrenched in seventh place. The Nationals’ opponents, the Detroit Tigers, were 59-28, in first place by four games.

George Mullin pitched for the Tigers. He was 10-5 and had bested Walter Johnson twice earlier in the season.

“Tigers Are Here; Fur Sure to Fly,” shouted the Washington Herald on the 25th over a story by sportswriter William Peet that began, “Hughie Jennings’ Detroit Tigers, leaders of the American League, will oppose the Nationals at the brand new concrete castle on Florida Avenue at 3:30 o’clock this afternoon and a grand surprise awaits the Washington fans. The surprise is in the nature of the ball park, now complete except in a few minor details. …”5

The Detroit Free Press noted that “the Tigers were accorded the honor of opening Washington’s new ball park and ran true to form to the extent of a whipping their hosts 5 to 2, taking an early start and leading them wire to wire. This new ball park is a sort of Phoenix-like affair, having risen from the ashes of the plant that burned down early in the spring. There was a makeshift arrangement that provided for the earlier games of the season, but today the splendid new concrete stands practically are completed. …”6

As for the game itself, the Herald’s headline the next day summed it up: “Opening Battle Goes to Tigers: Nationals Unable to Solve Mullin’s Shoots when Hits Are Needed – Hughes Does Well after Gray Blows – Score, 5 to 2.”7 Reported Peet, “The Tigers won because George Mullin was able to keep eleven big swats apart, while Dolly Gray gave up the ghost in the second inning, after a quartet of slams and two runs went to the credit of the league leaders. Tom Hughes, who finished the job, was there with bells on. Had he started, the result might have been a different story.”8 Joe S. Jackson of the Washington Post could not agree more. “Only the little matter of a misplaced guess stood between the home folk and happiness on the occasion of the return of the Nationals and the dedicating of the revamped ball yard. That guess was on the matter of pitching. Gray … looked the logical choice against a left handed club like the Tigers. It took less than two innings to prove that he wasn’t what we have already said, while the ensuing seven rounds, through which Tom Hughes toiled, serve to show that the long boy might have brought it home had he been first picked.”9

With the temperature in the low 80s, the game began on a ceremonial note, with Vice President James S. Sherman (but not President Taft) in attendance. In the top of the first, Delos Drake singled but was thrown out on an attempted steal. Donie Bush then walked and took third as Ty Cobb singled. Sam Crawford bunted and Bush scored, beating the tag. Cobb was now on third and Crawford on first. Jim Delahanty hit a fly ball to Clyde Milan and Cobb scored. George Moriarty’s grounder to short ended the inning.

In the bottom of the first, Milan promisingly tripled to lead off, but was stranded.

The Tigers scored two more in the top of the second, and in the process drove Gray to the showers. After Charlie O’Leary grounded out, Oscar Stanage singled to right. Mullin doubled off the short right-field wall with Stanage going to third. McAleer removed lefty Gray and brought in Tom Hughes, a right-handed sidewinder. In response to the pitching change, Jennings substituted Davy Jones for Drake, who grounded to first baseman Germany Schaefer. Schaefer threw home and nailed Stanage at the plate. With two outs and men on first and third, the threat was almost contained. However, Bush doubled to bring in Mullin and Jones, making the score 4-0. Cobb then flied out to end the inning.

The score remained unchanged through four innings, although the Herald noted, “Mighty good chance to score in the fourth, with three men on bases and only one out.”10 After a walk and two infield hits, the stage was set. J. Ed Grillo of the Evening Star reported, “It is doubtful if a faster double play than the one turned by Bush, O’Leary and Delahanty in the fourth inning, with the bases full, has been seen on the local grounds this season. With one out and all the sacks occupied, Wid Conroy hit a sharp grounder to second base. Bush made a great stop, and without steadying himself, threw to O’Leary, who shot the ball to first in time to double up Conroy. The play was worked like a flash, and did much to win the game for the Tigers, for that fourth inning threatened for a time to be disastrous to Mullin.”11

The Nationals scored a run in the fifth when Eddie Ainsmith tripled past Crawford in right (Peet: “the ball rolling past Sam Crawford, and the fans let out a bunch of roots that jarred the concrete stands”12). Hughes hit a grounder to Bush deep in the hole at short and was retired at first; Ainsmith stayed at third. (Some sportswriters thought he could have scored). Milan flied to left to drive in Ainsmith.

In the Tigers sixth, Delahanty singled and took second on one of Walker’s two errors. (“Walker is credited with a pair of errors on fumbled balls, but the poor condition of the turf doubtless had a lot to do with Walker’s slips, and the fans should not criticize too harshly.”13) Moriarty’s sacrifice moved Delahanty to third. “O’Leary drove up a short fly which Walker gathered in. Delahanty tried to reach home and as the throw as perfect, Ainsmith had his man by two feet, but dropped the ball from the force of the impact.”14 It was one of three errors by Ainsmith in the game, for a total of five Washington miscues. The play made the score 5-1.

“Although the home folks choked a hit out of Mullin in each of the next two rounds, nothing happened, and it was not until the eighth that another tally showed up,” the Herald reported.15 In the eighth, Milan singled to left off Mullin, Schaefer struck out, and Kid Elberfeld singled, Milan going to third. Jack Lelivelt grounded to second and, in the words of Joe S. Jackson of the Washington Post, “O’Leary grabbed Lelivelt’s grounder, and tagged Elberfeld, the latter delaying the play long enough to kill a double [play]. Milan scored while this was going on.”16 Tillie Walker got on board with an infield hit, but George McBride flied out to Cobb to end the inning. That made the score 5-2, Tigers, and that was how the game ended after a playing time of 2 hours before a crowd of 8,000.

The loss put the Nationals at 30-59, but they went 34-31 the rest of the way to salvage something of a lost season. In September the owners hired Clark Griffith as player-manager to replace the departing McAleer. Better times were ahead.

In addition to the sources cited in the Notes, the author relied on Baseball-reference.com and Retrosheet.org.