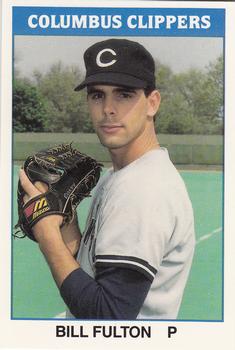 Some fans go to a lifetime of baseball games and never see a no-hitter. Others are lucky enough to experience the drama and tension of a single no-no.

And then there were the 1,250 fans who went to McDonough Park in Geneva, New York, on July 25, 1983 — the night when two young pitchers in the Class A New York-Penn League carried a double no-hitter into the ninth inning. One pitcher achieved the goal, while the other fell painfully short. And a future All-Star outfielder came up big in the dramatic final inning, driving in the game-winning run and making a clutch defensive play.

Neither team in Geneva that night had shown many signs of greatness in 1983. The Oneonta (New York) Yankees, managed by Bill Livesey, entered with a record of 18-17. That was good for third place in the New York-Penn League’s East Division, 8 games behind first-place Utica. Manager Tony Franklin’s Geneva (New York) Cubs were 12-24, placing them last in the West Division, 11 games behind division-leading Newark.1

Six players who appeared for Oneonta later played in the big leagues, and the starting lineup on July 25 included three of them. Center fielder Roberto Kelly hit second, catcher Mitch Lyden hit eighth, and right-hander Bill Fulton was on the mound.2 A month earlier, the Yankees had selected Fulton in the second round of baseball’s secondary draft. The 19-year-old from Pensacola Junior College in Florida brought a 3-2 record into the game. Other noteworthy starters included right fielder Dick Lewallen, who led the team’s full-time players in 1983 with a .282 average and 37 RBIs, and second baseman Rich Mattocks, Oneonta’s stolen-base leader with 34 thefts that season.

The Cubs sent three players to the majors, and two of them were in the lineup. Rich Amaral led off and played second base, and Dave Martinez hit third and played center field.3 Others of note in the lineup included left fielder Jose Rivera, who hit .300 that season, and third baseman Hector Freytes, who led the team in homers for the season with 10. The starting pitcher was Brian Tuller, a right-hander who had appeared in eight games for Geneva in 1982, going 1-2 with a 5.01 ERA. Promoted to the Quad-City Cubs of the Double-A Midwest League to start the 1983 season, Tuller was returned to Geneva after compiling a 2-3 record and 7.18 ERA in eight games.4 He’d fared little better in Class A, bringing a record of 0-3 into the start.

Each team’s early opportunities came to nothing. In the first, Geneva’s Martinez drew a walk, but Fulton picked him off. Lyden drew a walk in the third, but Oneonta’s shortstop — named Jose Rivera, like Geneva’s left fielder — grounded into a double play to end the inning. In the bottom of the third, Geneva mounted what turned out to be its biggest threat of the game. Right fielder Jim Dickerson drew a walk and advanced to third on a pair of wild pitches by Tuller. Amaral walked and stole second, putting two runners in scoring position with two outs. But Fulton got Geneva shortstop C.J. Sciacca to ground to his opposite number for the third out.5

As the innings wore on, each team’s batters mustered only occasional walks. And when they did, the defense — which can be shaky at lower levels of the minors — turned crisp plays to snuff out any threat. In the bottom of the fourth, Geneva designated hitter Steve Burton walked with one out, but second baseman Mattocks snared Freytes’ line drive and started an inning-ending double play. In the top of the sixth, Oneonta DH Dave Frederick worked a walk. Rivera followed with a line out to first baseman Jeff Remo, who beat Frederick to the bag for another inning-ending twin killing. Oneonta first baseman Bill Englehart walked in the top of the eighth but was caught trying to steal.6

Going into the ninth, the teams were on the verge of history. A double no-hitter had happened only once in over 40 years of league play. Bradford’s Frank Etchberger and Batavia’s Jim Mitchell pulled off the feat on August 20, 1952. Neither pitcher surrendered a hit, but Bradford scored an unearned eighth-inning run on a walk, a sacrifice, a wild pitch, and a groundout to claim a 1-0 victory.7 Would Tuller and Fulton manage such a historic feat?

The fans got their answer quickly in the top of the ninth. After Tuller retired Frederick, pinch-hitter Van Starnes, playing in only his second pro game, batted for Lyden. Unbowed by the pressure, Starnes laced a single up the middle for the first hit of the game. He stole second base; Rivera’s single moved him to third. Mattocks lined out for the second out, but Kelly’s single through the left side of the infield scored Starnes for a 1-0 Oneonta lead. Tuller retired Lewallen for the third out, leaving it up to Fulton to determine whether the fans would see a no-hitter.8

Fulton began by striking out first baseman Remo. The next hitter, Amaral, gave Fulton and the fans a scare by driving the ball deep into the left-center field gap, where Kelly tracked it down for out number two. The final batter, shortstop Sciacca, swung and missed at a third strike to seal Fulton’s achievement. Fulton walked four and struck out nine in his no-hitter, while complete-game loser Tuller walked four and struck out eight.9

Fulton said it was the first no-hitter he’d ever thrown in 10 years of pitching. Both managers piled praise on the pitchers, with Geneva’s Franklin declaring, “Both kids deserve a lot of credit,” and Oneonta’s Livesey summing up the evening: “That was a helluva baseball game. It was very exciting and a great finish.”10 The game lasted 2 hours and 11 minutes.

Starnes, who broke up the double no-no, logged only seven hits in 44 at-bats that season, finishing with a .194 average. He improved to .264 at Class A Fort Lauderdale in 1984, then disappeared from professional ball. Amaral went on to play in two postseasons with the Mariners. Kelly played in four postseasons and two All-Star Games, in 1992 and 1993. Martinez scored the biggest triumph of all, managing the 2019 Washington Nationals to the World Series title.11

As for the pitchers, Tuller finished the season with a 3-4 record and a 3.63 ERA in 14 games with Geneva, all starts. He went 3-7 with Geneva in 1984 before leaving professional baseball. Fulton fared better, earning a call-up to the parent Yankees in September 1987. He was hit hard in three big-league games, compiling an 11.57 ERA, but earned a win in his final major-league appearance on September 28. Fulton pitched two shutout innings against the Red Sox and was the beneficiary of a six-run ninth-inning rally that turned the game from a 7-3 Boston lead to a 9-7 New York victory.

Neither Baseball-Reference nor Retrosheet provides box scores of minor-league games, but the July 26, 1983, edition of the Press and Sun-Bulletin of Binghamton, New York, published a box score for this game.

2 Members of the Oneonta team who made the big leagues but did not appear in this game were pitchers Jim Corsi, Steve Frey, and Mike York.

3 The other member of the team who made the majors but did not play on July 25 was pitcher Steve Engel.

9 Jollow; also, “O-Yankees Get Historic No-Hitter to Win at Geneva.”