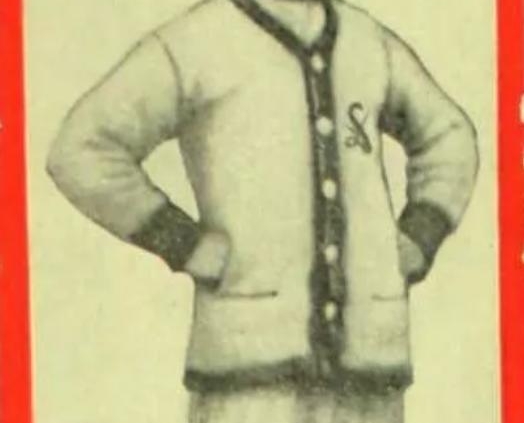 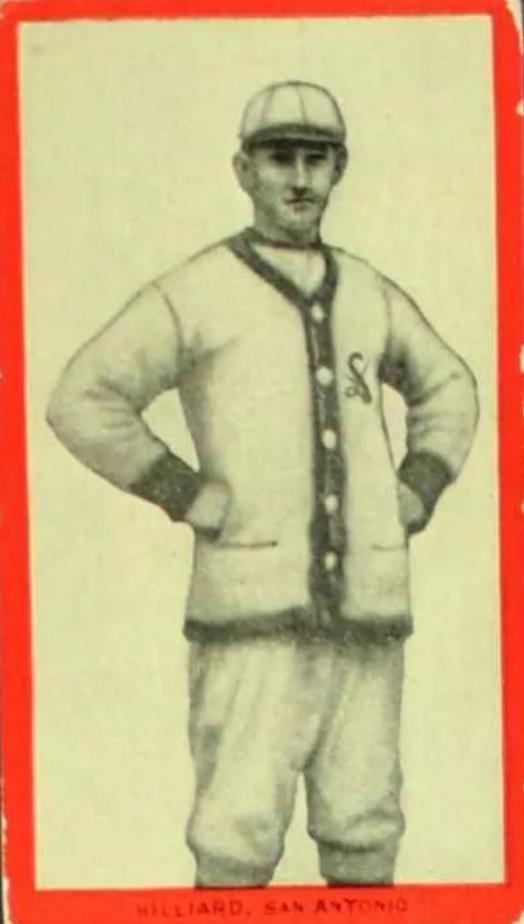 The Indianapolis Hoosiers’ road trip to Baltimore got off to an inauspicious start when a train wreck east of Pittsburgh caused them to miss their connection in Harrisburg. However, both the team and the railroad remained undaunted as “a special was made up of the Hoofed sleeper and a baggage car and it rattled down the southward trail and into Baltimore in plenty of time … for the usual amount of batting practice.”1 If Indy’s players were fatigued from their travel, it did not show as they engaged in a 13-inning struggle with the Terrapins from which they emerged as 6-2 victors.

The game promised a pitchers’ duel between two of the upstart Federal League’s premier hurlers. Indianapolis starter Cy Falkenberg had won 23 games while posting a 2.22 ERA for the American League’s Cleveland Naps the previous year. He was now in the midst of what became a 25-win campaign for the Hoosiers, with an identical 2.22 ERA. His opponent was Jack Quinn, who had won 18 games for the New York Yankees in 1910 but had not been as successful in the interim; however, Quinn emerged as the co-ace of the Terrapins’ staff, along with George Suggs, and went on to lead the team with 26 wins.

As expected, zeros went up on the scoreboard for both teams through the first four innings. Quinn continued to cruise through the Hoosiers’ lineup even longer, facing only 23 batters through seven innings. The Terrapins, on the other hand, generated traffic on the basepaths against Falkenberg but had difficulty getting runners across the plate. Their offensive futility became the theme of the day for the Baltimore Sun, which lamented that the Terps “had many opportunities to win the game.”2

Baltimore’s first missed chances came as early as the third inning when Otto Knabe led off with a double down the third-base line. Fred Jacklitsch hit a fielder’s-choice grounder that resulted in Knabe being retired at third. Quinn worked a walk against his mound foe that again put a runner in scoring position with only one out, but Benny Meyer quickly squandered that opportunity by grounding into a double play.

After their batting misfires in the third inning, the Terrapins resolved to try to manufacture a run in the fourth, but events still did not transpire in their favor. Hack Simmons laced a one-out single but was retired when he tried to reach second base on “a half passed ball.”3 Harry Swacina followed Simmons’s lead as he singled and was gunned down by Indy catcher George Textor on an attempted steal of second.

Baltimore finally broke through in the bottom of the fifth, which began with another leadoff double, this time off the bat of Jimmy Walsh. Mickey Doolan sacrificed Walsh to third before the Terps benefited from a bit of good fortune. Future Hall of Fame manager Bill McKechnie was manning third base for the Hoosiers, and he managed to knock down Knabe’s sharply hit grounder but was unable to field it cleanly. Walsh was scrambling back to third base and he, McKechnie, and the ball “almost had a triparty collision,” which resulted in Baltimore having runners on the corners.4 Jacklitsch followed with a fly ball that drove in Walsh for a 1-0 Terrapins’ lead. Knabe advanced to second on a wild pitch by Falkenberg, but Quinn lined out to second baseman Carl Vandagrift to end the inning.

After Quinn set down the Hoosiers in the top of the sixth, Baltimore had a chance to break the game open in the home half of the inning. Vern Duncan hit a one-out single to center and tacked on a steal of second, though he was safe only because Vandagrift dropped Textor’s throw. Falkenberg set down Simmons for the second out but then found himself in a serious jam. Swacina singled to left field to drive in Duncan, increasing the Terps’ lead to 2-0. After Walsh singled and Doolan reached base on an error by McKechnie, the bases were loaded with turtles. However, Baltimore lost out on a “real chance to land the bacon” when Knabe grounded to shortstop Jimmy Esmond, who threw out Walsh at third for the final out of the frame.5

In the bottom of the seventh, Ralph McConnaughey replaced Falkenberg on the hill for the Hoosiers and got an immediate taste of what his predecessor had experienced. Jacklitsch ignited a nascent rally with yet another Baltimore leadoff double. Quinn bunted and reached base when McConnaughey launched an errant throw to Vandagrift, covering first base, and Jacklitsch advanced to third on the play. McConnaughey’s misplay had him flustered and he ended up walking Meyer to load the bases. He quickly regained his composure and got Duncan to foul out to first baseman Charlie Carr before inducing a double-play grounder from Simmons that ended Baltimore’s “most promising inning of all.”6

The way Quinn had been pitching, it seemed that a 2-0 lead would be sufficient for a Terrapin triumph on this day, but he began to falter in the top of the eighth. Esmond, whom the Indianapolis Star described as “playing with a boil on his neck as big as one of Bennie Kauff’s bats,” set the Hoosiers in motion with a double to left-center field.7 Al Kaiser came through with a single that put Quinn in a predicament. Al Scheer, pinch-hitting for Textor, hit a grounder up the first-base line and was called out when he ran out of the baseline to try to avoid Swacina’s tag. Edd Roush now pinch-hit for McConnaughey and drove a single to left that scored Esmond with the first Indianapolis run of the game. Quinn issued an intentional pass to Vin Campbell to load the bases and Frank LaPorte, the Hoosiers’ third pinch-hitter of the inning (for Vandagrift), played right into his hands by grounding into a rally-ending twin-killing.

Harry Billiard took over the pitching duties for Indy in the bottom of the eighth and, after weathering a shaky start, his “spitter was breaking so well that it completely bewildered the enemy.”8 Before becoming Billiard the Brilliant on this day, he alternated outs with walks in his debut frame and found himself with Baltimore baserunners Walsh and Knabe in scoring position. A Jacklitsch grounder squelched the Terps’ latest scoring opportunity, and Billiard allowed no further runners to pass second in his six innings of work.

In order for Billiard to be able to work an extended mound stint, the Hoosiers first had to tie the game, a feat they managed against the tiring Quinn in the top of the ninth. McKechnie led off with a base hit and advanced to second on Knabe’s infield out. Carr doubled to tie the ballgame and knock Quinn out of the box. George Suggs entered in relief and retired Esmond and Kaiser, but the damage had already been done. After Billiard set Baltimore’s batters down in order, the game went into extra innings.

Suggs and Billiard reset the game and waged battle in the same manner as Quinn and Falkenberg had done over the first several innings. Initially, Suggs allowed even fewer baserunners than Billiard, retiring the Hoosiers in order in both the 11th and 12th innings. Then the fateful 13th inning arrived, in which people of a superstitious nature might well have believed that someone had placed a curse on Baltimore’s gloves.

The top of inning started innocently enough with Billiard being quickly set down. Campbell singled to center and, with Bill Warren at bat, attempted to steal second. Jacklitsch, the Terps’ catcher, had suspected Campbell’s intent and had called for a pitchout. He had Campbell dead to rights at second but Knabe dropped his throw to the bag for an error. Warren singled to right field, where Meyer, “thinking solely of cutting Campbell down at the plate, let the ball get away from him, because he played it too quickly.”9 The second consecutive Baltimore error allowed Campbell to score the go-ahead run while Warren advanced to second.

The Hoosiers were not finished yet. McKechnie blooped a single to right field. Then Kauff “stepped back from the plate and took a terrible swing at one of Suggs’ offerings which might have hit him in the ear had he remained in his original position.”10 It may have been a “terrible” swing, but it produced a wonderful result for Indy in the form of a three-run homer that gave the Hoosiers a 6-2 lead.

Billiard made short work of two pinch-hitters, Felix Chouinard (for Doolan) and Harvey Russell (for Knabe), as well as Jacklitsch to earn his fifth victory of the season. The Terps may have felt cursed in the 13th, but it “was the Hoofeds’ lucky inning,” and the Indianapolis Star exulted, “May they have another like it on the morrow, though there are those who hope it will not take them thirteen innings to do it.”11