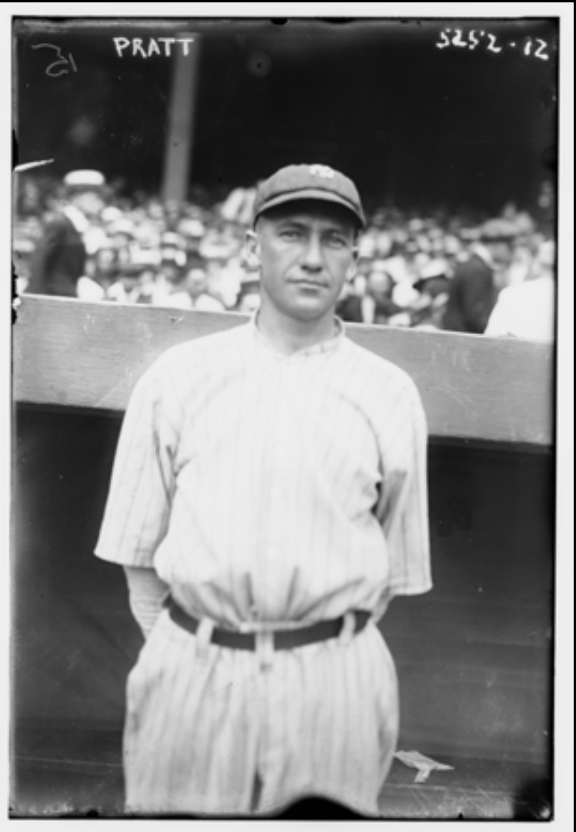 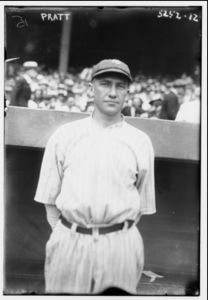 The Tigers limped into Cleveland as a battered and bruised ballclub. They had recently learned that first baseman Lu Blue, who had a broken rib, and third baseman Bobby Jones, who had a broken finger, would join their long list of walking wounded. The Tigers’ injury list was growing so long that Harry Bullion wrote in the Detroit Free Press: “One would jump to the conclusion after perusing the list of injured that the Bengals had been caught in a collision of trains or an explosion of a boiler somewhere.”1

In large part due to their many injuries, the team was 31-34 and wallowing in sixth place, 12½ games behind the league-leading Yankees but just 2½ games out of second place. “It is my firm belief we would be first or second in the race if we would have kept our team intact,” lamented player-manager Ty Cobb. “No club in the league has had the misfortunes we have had this year. We had won 11 out of our first 16 games when the accidents began to happen. Since then, we have had Jones, (Topper) Rigney, Blue, (Bobby) Veach, (Ken) Holloway, (Bob) Fothergill, and (Harry) Heilmann out anywhere from five days for Heilmann to a month for Blue and six weeks for Jones.”2

Even Cobb was playing with a left hip that “creaks when he walks and the knee on the same side has a knot on it like the bulge on a tree branch.”3 As Bullion wrote in the Free Press: “[T]he team is just about staggering along with an ambulance in its wake, ready to pounce on the victims as they fall out of line.”4

To add to the Tigers’ woes, they would have to face Cleveland’s veteran right-hander Stan Coveleski, who had only an 8-8 record, but owned an impressive 2.45 ERA. Cobb and the Tigers countered with right-hander Herman Pillette, who was 4-7 with a 3.87 ERA.

Pillette had a rough day. In the second inning, Joe Sewell reached when a “bounder got away from (George) Cutshaw.”5 Riggs Stephenson followed with a single and Rube Lutzke lined a fly to center to put the Indians on the scoreboard. Frank Brower then smashed a ball over the right-field wall, and Cleveland had an early 3-0 lead.

Cleveland continued to pile up runs off Pillette in the third. Homer Summa tripled to left-center field with one down and scored on player-manager Tris Speaker’s single. After Sewell grounded out, Stephenson singled home Speaker with his second hit of the day. Trailing 5-0, Cobb decided Pillette’s day was done and replaced him with Ole Olson, who escaped the inning without any further damage.

However, in the fourth inning, Olsen was unable to slow the Indians’ offense. After Steve O’Neill walked and Coveleski and Charlie Jamieson singled, Speaker stepped to the plate with two down and the bases full. Cleveland’s player-manager delivered a triple “clearing the bases of all inhabitants” and gave the Tribe a commanding 8-0 lead. The offensive outburst prompted Francis J. Powers to write in the Cleveland Plain Dealer, “Seldom have the Indians done more effective hitting than in three innings yesterday.”6

Everything seemed to be going Cleveland’s way. Coveleski was in total control on the mound, having scattered six hits through six shutout innings. Meanwhile, rookie Ed Wells came in to restore order for the Tigers, setting the Indians “on their separate and collective heads.”7 Wells came in to start the fifth inning and allowed just one hit and two walks over three shutout frames.

Trailing 8-0 entering the seventh inning, the Tigers finally broke through on the scoreboard. Topper Rigney started the inning by belting a triple to center field. Coveleski retired the next two batters but Fred Haney singled home the first run of the day for Detroit. George Cutshaw brought home another run when he doubled to center. Cobb grounded back to the mound to end the inning and “the lonesome pair accumulated by the Bengals” had cut their deficit to a still substantial six runs.8

The Tigers’ bats exploded in the eighth. Heinie Manush started the rally with a double, followed by Heilmann’s single up the middle to put runners at the corners. Del Pratt singled through the box off Coveleski’s glove, to bring home the first run of the inning. Rigney followed with another run-scoring single to cut the lead to 8-4. Johnny Bassler hit a groundball to first, but in his effort to turn a double play, Frank Brower threw low to second and all hands were safe. Cobb elected to send Bob Fothergill to the plate to pinch-hit for Wells with the bases loaded and nobody out, but he hit a tapper to third baseman Rube Lutzke, who was able to get the force at home.

With the bases still loaded, Haney hit a groundball back to Coveleski that looked as if it might be a double play. Harry Bullion wrote in the Detroit Free Press that “Stanley elected first to try and make the putout himself, and then seeing that he couldn’t make it tossed the ball to O’Neill (to get the force at home). But he lost so much time in the parlay that Haney was safe at first base, where had Covey hurried his throw, he would have been retired.”9

With the inning-ending double play averted, the Tigers continued to bat. Cutshaw singled home Bassler and Fothergill to cut the once seemingly insurmountable deficit to just two runs. Cobb “completed the wrecking of Coveleski” with a two-run double to right to tie the game.10 After allowing eight runs in two innings, Speaker finally pulled Coveleski from the game. Bullion wrote, “What possessed Speaker to leave Stanley in there for so long nobody could figure correctly.”11 Reliever Phil Bedgood walked Manush before striking out Heilmann to end the inning. But 11 Tigers had come to the plate, collecting six runs on six hits, a walk, and an error, to tie the game at 8-8.

The game went to extra innings and the Tigers had another big rally in the 10th to win the game. Haney started the rally when he was hit by a Bedgood pitch. Cutshaw sacrificed him to second and Cobb drew a walk. After Manush flied out, Heilmann gave Detroit its first lead of the day with an RBI single to right. That brought Del Pratt to the plate with runners on second and third and he “cut a double inside third base” to bring home Cobb and Heilmann.12 Rigney finished the scoring with an RBI single to center to give the Tigers a 12-8 lead.

Ray Francis and Ken Holloway split the final three innings on the mound for the Tigers and neither “allowed the Indians to even double up their fists or make a threatening move toward the plate.”13 The game ended when Holloway induced Glenn Myatt to ground out harmlessly to first, and the Tigers had an improbable 12-8 win.

As with any 12-run game, Detroit had many offensive stars in its comeback win. Rigney went 4-for-5 with a triple, walk, and two RBIs. Cutshaw finished 2-for-5 with a double and three RBIs. Heilmann had three hits in six at-bats, while driving home a run, and Cobb went 2-for-5 with a walk and two RBIs.

The victory was all the more satisfying because Detroit had overcome an eight-run deficit without the injured Blue and Jones in the lineup. Also, they were able to come back against Coveleski, who’d dominated them over the first six innings. As Bullion wrote in the Detroit Free Press, the Tigers’ effort “ought to be positive proof that a ball game never should be counted as over until the last man is out.”14

3 Bullion, “Injuries Will Keep Out Jones and Blue.”

4 Bullion, “Injuries Will Keep Out Jones and Blue.”