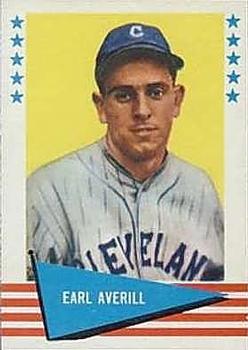 The fifth All-Star Game is remembered chiefly for effectively ending Dizzy Dean’s career as a dominating pitcher, thanks to Earl Averill’s third inning line drive off ole Diz’s toe.  It was, however, also the first All-Star Game held in the US capital and the first attended by the sitting president, in this case Franklin Delano Roosevelt.1  Along the way the American League, after suffering its first loss the year before, reestablished its domination of the National League, winning 8-3 in a game that was never seriously in doubt. The defending champion New York Yankees manned five of the nine starting positions for the American League, leading some to assert that there were now three major leagues: the American, the National, and the Yankees.2

Rumors had circulated earlier in the week that the 1937 All-Star Game might be the last because the novelty of the midsummer contest had worn off.3  An enthusiastic capacity crowd of 31,391 including President Roosevelt and other dignitaries4 seemingly squelched that concern. Dean had manufactured some pregame drama by announcing that he was going to skip the game, go home, and rest a sore arm during the break. But he flew in from St. Louis for the contest, telling reporters that he was just trying to get out of the long train trip and that he knew eventually someone would foot the bill for an airplane ride.5

The All-Star selection process had produced some discord as Commissioner Kenesaw M. Landis and the league presidents disenfranchised the fans and left it up to the two managers, with each having input from the other seven skippers in their respective leagues.6 The stated reason was for the game to be a real test of baseball ability rather than an exhibition of stars.7 Hometown Senators fans became upset when American League manager Joe McCarthy selected the Browns’ Sam West to replace injured Tigers outfielder Gee Walker instead of their own John Stone, who was batting .332 at the break.8 McCarthy apparently didn’t care about the Senators fans’ feelings as he failed to use any of the three Senators who were named to the squad.9 In fact, all eight position starters played the entire game for the Americans.

FDR made his pregame entrance in an open car escorted by a dozen Eagle Scouts and then proceeded to throw out the first pitch from his box seat to a row of players on the third-base line.  After a scramble, Jo-Jo Moore of the Giants emerged with the ball.10 It turned out to be the National League’s only victory of the day.

The pitching matchup was marquee, Dean versus Lefty Gomez, who was starting his fourth All-Star Game, missing only the 1936 game, the one year his league lost. Dean, who was 12-7 at the break, was starting his second game in a row and making his fourth All-Star appearance. Gomez was nearly spotless in his three innings of work, allowing only a first-inning single to Arky Vaughn. Dean, on the other hand, was not as sharp, allowing a walk to Joe DiMaggio in the opening frame and two hard singles in the second to Earl Averill and Bill Dickey before escaping the inning unscathed. In the third, however, he was not as fortunate. After Dean retired Red Rolfe and Charlie Gehringer, DiMaggio sent a line drive past Diz’s ear for a single up the middle. Lou Gehrig then excited the crowd by clobbering the second pitch he saw over the right-field roof, but it went well foul. With the count 3-and-2, Lou smashed another drive over the right-field wall, fair this time, to stake the Americans to a 2-0 lead. Averill then ripped a ball off Dean’s foot. It caromed to second baseman Billy Herman, who threw Earl out at first. Diz limped off the mound and in the clubhouse after the game it was announced that he had suffered a broken toe.11

The National League came back to score a run in the top of the fourth off Tommy Bridges, Gomez’s successor, on a single by Herman, who moved to second on a groundout by Vaughn and crossed the plate on Joe Medwick’s ringing double over third to bring the score to 2-1. It was the first of four hits, including two doubles, for Medwick, who was in the middle of his Triple Crown season.12 He came into the game batting a lusty .404 for the regular season.

Carl Hubbell followed Dean to the mound in the bottom of the fourth but didn’t last the inning, as the American League got back at him for 1934, when King Carl struck out five American League sluggers in succession. With one out, he nearly beaned Dickey on a 3-and-1 count to put a runner on first. West then blasted a shot through Johnny Mize at first to put runners on first and third. Bridges struck out but Red Rolfe of the Yankees tripled to the scoreboard in right-center to drive in two runs. Gehringer followed by singling past Mize to advance the score to 5-1, leading National League manager Bill Terry to remove his ace in favor of Cy Blanton, who fanned DiMaggio on a full count to end the inning.

Gabby Hartnett of the Cubs led off the National’s fifth with a shot through Bridges’ legs for a single. With one out, Mel Ott, pinch-hitting for Blanton, ripped a double off the wall in right-center, sending Hartnett to third. Paul Waner then hit a fly ball to West in right to drive in Hartnett and close the score to 5-2, but despite an error by Rolfe on a hot shot by Herman, the National League could do no more damage. Lee Grissom of the Reds pitched the bottom half for the senior circuit and began impressively, fanning Gehrig and Averill. Joe Cronin and Dickey, however, cracked back-to-back doubles to extend the lead to 6-2.

The National League still had some fight in them and scored in the sixth on singles by Medwick and Frank Demaree and Mize’s long fly ball to deep center. It could have been worse, but DiMaggio made a terrific throw later in the inning to nail Burgess Whitehead at the plate. Whitehead, running for Hartnett, was attempting to score from second on Ripper Collins’s sharp single to right.

Once again, the American League countered in its half of the inning, this time against Van Lingle Mungo, to extend its lead to five. Mungo, apparently nursing a sore back, had made the unfortunate boast before the contest that “I can pitch against American Leaguers with a case of paralysis.”13 With one out, he walked Rolfe and surrendered a single to Gehringer, before striking out DiMaggio. Gehrig then worked the count to 3-and-1 before blasting one in front of the bleachers in center to drive in two runs and make the score 8-3. He was out “by an eyelash” trying to stretch a triple on a snappy relay from Demaree to shortstop Dick Bartell to Vaughn.14

That ended the scoring for the day although the National League did threaten against the junior circuit’s Mel Harder, who pitched the last three innings. The most acute challenge came in the seventh when he allowed a one-out single by Herman and a two-out double by Medwick to put runners on second and third. But Harder erased the threat by inducing Demaree to ground out to Cronin at shortstop. Meanwhile, Mungo and Bucky Walters held the American League at bay in their last two at-bats, although Walters allowed two-out singles to Rolfe and Gehringer before shutting the door.

Although Harder gave up five hits in his three innings on the mound, he extended his All-Star scoreless streak to 13 innings. He would pitch another 10 seasons for the Cleveland Indians, but never would get a chance to extend his record.

Each team collected 13 hits in what really amounted to a slugfest. Ducky Medwick was the hitting star for the Nationals, while Gehringer led the way for the American League with three hits. Yankees batters, however, drove in seven of the eight runs and Lefty Gomez was the winning pitcher, giving him three All-Star Game victories, a record that still stood as of 2019. The New York Times wryly suggested that “perhaps some day they’ll inaugurate a three-cornered all-star struggle, with the Yankees batting as a unit.”15

After the game, Dizzy Dean took responsibility for the home run Gehrig hit off him, saying, “I shook Hartnett off twice and was belted each time. He wanted a curve with Gehrig up there in the third and I shook him off, sending a fast one instead, and Gehrig hit a homer.”16

Dean did not pitch again for two weeks, losing a tight 2-1 game to the Boston Braves on July 21. But he was ineffective after that and appeared in only six more games in the last half of the season. By coming back too soon from his toe injury, he had altered his motion and hurt his arm. He was just 27 but would win only 17 more games in his major-league career.

8 West was hitting .347 but Stone’s batting average was higher than those of three of the outfielders chosen.