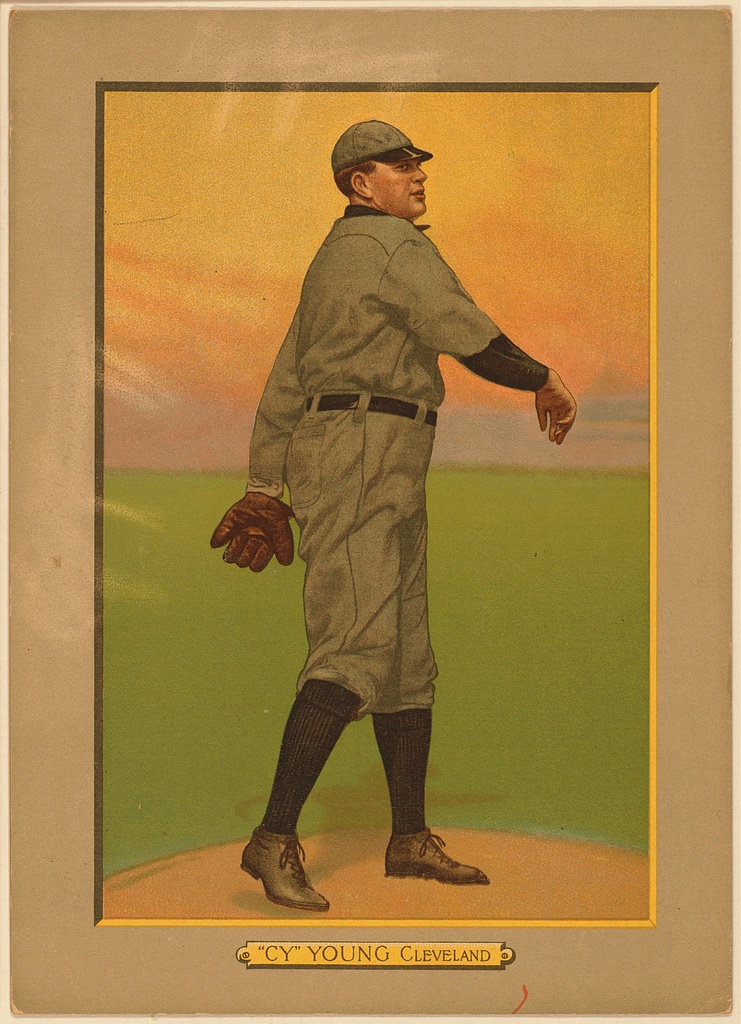 The Boston Beaneaters came to Cleveland, Ohio, for a two-game series, July 8-9, 1891, against the Cleveland Spiders. Boston’s John Clarkson pitched a gem in the first game, allowing only five hits in a 4-1 victory, which extended Boston’s winning streak to six games. Boston was in third place and Cleveland was in fifth place in the eight-team National League.

In the second game of the series, Boston had Bobby Lowe in left field, Walter Brodie in center field, and Harry Stovey in right field. The veteran Stovey was a powerful slugger and exceptional baserunner. Lowe was a handyman, capable of playing the infield and outfield.1 Brodie was a fleet youngster.

In the Boston infield, Tom Tucker occupied first base, and Joe Quinn, an Australian, handled second base. Herman Long played shortstop with a spring in his step and unusual range. Billy Nash was a strong-armed third baseman and captain of the squad, one of the highest-paid players in baseball, with an annual salary reported to be $5,000.2

The Boston battery consisted of native German hurler Charles Getzien and veteran backstop Charlie Bennett. Getzien was called “Pretzels” for his twisting curveballs. Bennett had a reputation for throwing out base thieves.3 The two were members of the World Champion 1887 Detroit Wolverines.

The Beaneaters were managed by a quiet, 31-year-old New Englander named Frank Selee, who led the team to a fifth-place finish in 1890. He sat on the bench nattily attired in coat, tie, and derby.4 He did not tolerate sass; for example, in June 1891 he fined Long and Getzien $10 each for back talk.5

For the Cleveland Spiders, Jimmy McAleer in left field and George Davis in center field were both phenomenal fielders. Davis sometimes caught the ball with one hand to impress the crowd, but you would not see any reckless grandstanding from McAleer.6 Davis was only 20 years old and already one of the best hitters in the National League. Jack Doyle, a young Irishman, patrolled right field; his daring baserunning made him a fan favorite in Cleveland.7

Jake Virtue played first base for the Spiders. Clarence “Fatty” Childs was a pudgy but excellent second baseman. Ed McKean was a slugging shortstop. Pat Tebeau, the feisty captain and third baseman, rounded out the Cleveland infield.

Spiders catcher Charles “Chief” Zimmer set a record in 1890 by catching 125 games. Other catchers were angry with him for this and afraid their managers would expect the same from them.8 Catchers’ hands took an awful pounding, despite the mitts they wore. (Most fielders at other positions played bare-handed.) In 1891 Doyle filled in as the backup catcher to give Zimmer more days off. In his spare time, Zimmer invented a clever table-top game, which he called “Zimmer’s Base Ball Game.”9

Pitching for Cleveland was Denton “Cyclone” Young, a burly 24-year-old Ohio farmer. He was healthy in 1891 after overcoming a bout with typhoid in November 1890.10 Young was paid a salary of $1,430 in his second season with the Spiders.11 Young, Lee Viau, and Henry Gruber formed a three-man pitching rotation.

The Spiders were managed by 32-year-old Bob Leadley, an energetic fellow from Brooklyn. He took over for Gus Schmelz midway through the disappointing 1890 season in which the Spiders finished in seventh place. Team owner Frank Robison acquired some new talent for the 1891 squad; in the offseason, he signed McAleer, Doyle, and Childs to contracts.18 The 1891 Spiders had been playing with such determination that the Cleveland Plain Dealer had been calling them the “Cleveland Fighters.”19

The Spiders played their home games at Cleveland’s beautiful new League Park, which opened in the spring of 1891. The outfield dimensions were 375 feet to left, 420 feet to center, and 240 feet down the right-field line.20 The fences were painted grayish-blue and the stands were red and white.21 The ballpark could hold 9,000 people, and it was filled to capacity on Opening Day. Sportswriters sat in the grandstand directly behind home plate. They had a fine view but risked getting hit by the ball (there was no chicken wire to protect them). Robison offered to buy them catcher’s masks and chest protectors.22

Attendance had averaged more than 2,000 per game at the new ballpark,23 but this game on a Thursday drew only 1,300 fans.24 Many of the fans arrived in Robison’s streetcars which stopped at the ballpark’s entrance.25 Ladies were admitted free of charge.26 The umpire was 26-year-old Tim Hurst, in his first season as a National League ump. The home Spiders elected to bat first.27

Long’s two errors in the top of the first inning led to four Cleveland runs and caused pitcher Getzien to express his indignation.28 When Cleveland scored five more runs in the second inning, Getzien could not blame his fielders.29 With the bases loaded, Davis drove one of his pitches to the right-field fence for a double, knocking in three runs. Childs drilled a ball over Lowe’s head in left field for a double, scoring Davis, and Virtue singled to bring Childs home. After two innings, the Spiders led 9-0.

Long led off the bottom of the third inning by smoking the ball down the first-base line. The ball “went squarely over first base at the rate of a fast mail train.”30 It looked like a sure triple, but Virtue stopped it 20 feet behind the bag and outran Long to the base. It was “the greatest stop of a ground hit that has been seen here this season.”31 Virtue was a hero until later in the inning when his wild throw allowed Stovey to score the first Boston run. The Beaneaters scored their second run in the fifth inning, thanks to Quinn’s triple and Nash’s sacrifice. In the top of the sixth, Davis scored from second base when Nash’s throw to first base sailed into the pavilion. In the bottom of the sixth, Long’s triple drove in Boston’s third run. The score was now 10-3.

Long and Tucker tried to rattle Young with their noisy chatter,32 but Young blanked the Beaneaters the rest of the way, while the Spiders tallied four more runs off Getzien. The crowd applauded McKean’s seventh-inning home run to the center-field fence corner. It was the first home run by a Cleveland player in League Park.33

The final score was Cleveland 14, Boston 3. The Spiders collected 16 hits and benefited from five Boston errors.34 The Beaneaters made 12 hits and were helped by five Cleveland errors, yet they managed to score only three runs.

“Young was hit hard at times, but, as usual, was almost invulnerable when men were on bases.”35 His work was well supported by Tebeau at third base, who “picked all kinds of hits out of the ground and out of the air.”36 Boston left 13 runners on base.37 This was Young’s 15th win of the 1891 season in 24 starts,38 and it was his 24th career victory. He seemed to have a promising future.39

26 Topeka (KS) State Journal, May 15, 1891. Ladies were admitted free at Cleveland’s League Park except on Opening Day, Saturdays, and holidays. No games were played on Sunday.

29 One week after this game, manager Selee released Getzien who complained of a sore arm.

32 Alexander, Turbulent Seasons. Long and Tucker were known for raucous chatter when they were coaching along the first-base and third-base lines.

34 Boston Daily Globe, July 10, 1891. The box score has conflicting information about the number of Boston errors. It says Long made three errors and Nash made two errors, but also says the total number of errors was four.

38 These figures were tallied from box scores in Sporting Life.