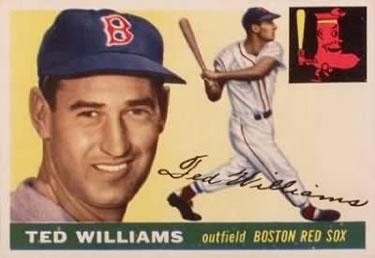 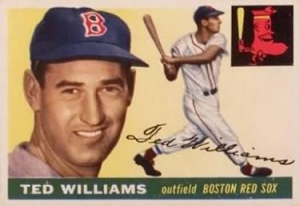 Ted Williams missed a couple of games in Cleveland as he was fighting off a heavy cold, but he always loved to hit in Briggs Stadium. When the Red Sox arrived in Detroit for a Friday afternoon game, he was in the lineup. “The closer we got to Briggs stadium, the better I felt,” said the Red Sox left fielder.1

The Associated Press observed, “The friendly, dark green outfield walls of Briggs stadium, home of the Detroit Tigers, cures [sic] all ills for Williams, makes him as frisky as a young colt.”2

The Red Sox and Tigers were in the middle of the pack in the American League. The Yankees were in first. The Tigers were in fourth place, seven games back. The 24-30 Red Sox were fifth, six games behind Detroit.

Tigers manager Bucky Harris started Duke Maas. It was Maas’s rookie year. He was a right-hander, 4-2 with a 3.86 ERA. Second baseman Billy Goodman led off. He hit the ball right back to Maas, who threw him out at first base. Billy Klaus, the shortstop, grounded out, too, to second base. Williams didn’t put the ball on the ground; he hit a line drive into the lower right-field seats. The ball was “like a golf shot into the lower deck, about 345 feet out. It hit a chair and bounced back on the field.”3 The drive gave Boston a quick 1-0 lead. Right fielder Jackie Jensen struck out.

It was Mike Higgins’ first year as Red Sox manager. He went with Willard Nixon, starting his sixth year with the Red Sox. Nixon retired the three batters he faced in the first.

Only one Boston batter reached in the second inning, third baseman Grady Hatton, when Detroit first baseman Ferris Fain dropped the ball thrown to him by shortstop Harvey Kuenn. No one else reached base.

In the top of the third, Nixon was up first. He struck out. Goodman grounded to Fain at first base, who fielded the ball and threw to Maas, who had run to cover first base. Red Sox shortstop Billy Klaus singled to right field for Boston’s second hit of the game. It was a very hard-hit ball down the right-field line, and Klaus quite possibly could have made it to second base. “Mike [Higgins] told us to watch the situation,” he said after the game. “I think I could have made second, all right. But if I do, Ted Williams comes up and they automatically walk him with first base open.”4

Ted Williams hit another one hard, this one deep into the upper deck in right field. It was another two-out homer, but this time it was a two-run homer. The Red Sox took a 3-0 lead. Jensen flied out to center field. Both home runs took advantage of the closer right-field stands in Detroit; both might have been outs at Fenway Park. The slugger himself said as much: “Both would have been outs in Boston. Easy outs.”5

The Boston Herald’s Henry McKenna wrote, “If Yankee Stadium is the House that Ruth built, then Briggs stadium should be tabbed ‘the House that Williams owns.’”6

It didn’t take long for the Tigers to get a couple of runs back. With two outs in the bottom of the third, center fielder Bill Tuttle singled. Al Kaline followed with another single. Fain walked and the bases were loaded. Left fielder Jim Delsing singled to left field and two runs scored.

A couple of errors in the top of the fourth inning enabled Boston to add two more, for a 5-2 lead. Norm Zauchin hit a ball to third base, and Hatfield muffed it. Zauchin, Boston’s first baseman, ended up on second. Catcher Sammy White hit a ball to Kuenn and his throw was off, enabling Zauchin to come home. Hatton doubled to right-center and White scored. There was still nobody out, but Maas worked his way of the inning without any more runs.

Nixon got three outs from the Tigers in the bottom of the inning.

Williams walked leading off the top of the fifth. Jensen hit into a double play. Zauchin walked. White singled, but Hatton grounded into the third out.

Tuttle and Kaline got one-out singles for Detroit in the fifth but Fain grounded out and Delsing flied out.

Maas retired the three Red Sox he faced in the top of the sixth. Red Wilson walked in the bottom of the frame but no other Tigers reached base.

Al Aber relieved Maas in the seventh. Klaus grounded out. Aber struck out Williams on a called third strike. Jensen walked and Zauchin singled but White flied out to center.

Kaline singled with two outs, the only Detroit batter to reach base in the seventh.

In the eighth, Hatton led off with a single. Piersall struck out. Nixon sacrificed Hatton to second. Goodman grounded out, short to first.

Delsing took first base on a walk to start things off for the Tigers, but Hatfield lined to Zauchin, who stepped on first base and doubled off Delsing. Nixon struck out Wilson.

With one out, Williams singled to second base, an infield hit. Gene Stephens replaced him as a pinch-runner, but Jensen hit into a routine double play. Williams said he still felt lousy after the game, very ill.

Nixon went to 5-4 with the complete-game win. The fifth win had been a long time coming. Since winning his fourth, Nixon had lost three games and had been involved in three no-decisions.

It was Ted Williams’s third-inning home run off Maas that was the difference-maker. Maas dropped to 4-3.

The two homers off Maas were the only two Williams ever hit off him. Maas went to the Yankees, by way of the Kansas City Athletics, and pitched until 1961. Nixon finished the year 12-10. He pitched three more years.